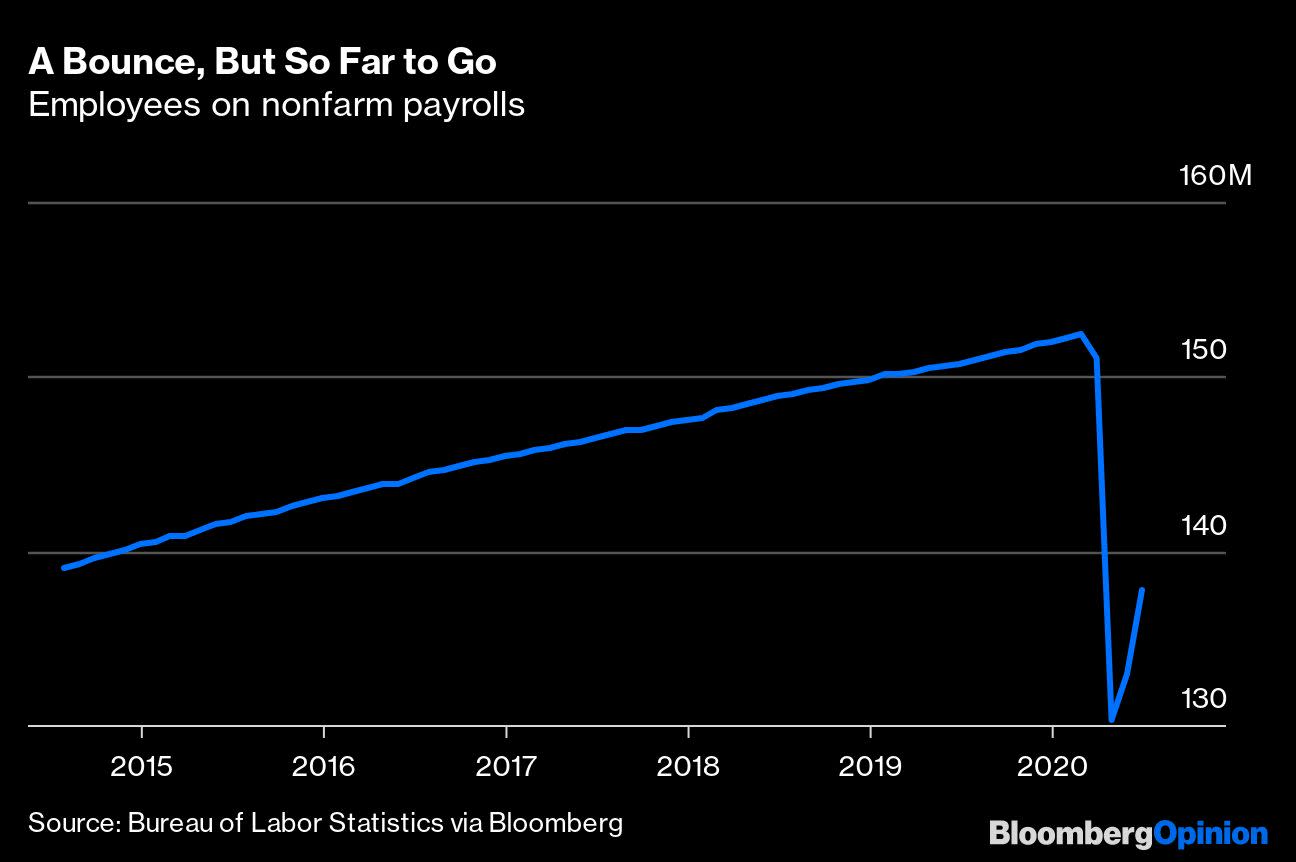 (Bloomberg Opinion) — It’s clear that the U.S. economy needs an enormous overhaul, similar in scale to the New Deal. America’s health-care system is famously dysfunctional, rent is unaffordable for too many people, infrastructure is falling apart, inequality is at staggering levels and the nation is unprepared for the threat of climate change. Some believed that Bernie Sanders was the candidate best positioned to be the new FDR; others thought it was Elizabeth Warren. But by a strange twist of fate, it looks like it just might be Joe Biden — a man many had pegged as a centrist defender of the status quo.

Since becoming the presumptive Democratic nominee, Biden has been rolling out a series of startlingly ambitious plans for reshaping the U.S. economy. His tax plan would make the U.S. tax system significantly more progressive, reversing the trend of the past few decades. His industrial policy plan was a sharp departure from the traditional free-trade consensus, and includes a variety of measures to restore U.S. technological supremacy, train workers and bring back vulnerable supply chains to guard against disasters. And his housing plan would expand and strengthen the Section 8 voucher program, giving low-income people the chance to move to better neighborhoods.

Now, Biden has released a bold climate plan, focusing on clean energy and investment in new technology. It would invest $2 trillion over four years, much more than the former vice president’s earlier proposals. The vast majority of that money would go toward a single goal: Shifting the U.S. to 100% clean electricity by 2035.

This is the right idea for a number of reasons. Because solar-power prices have dropped much more than expected, it’s now economical to tear down existing coal plants and replace them with solar. Natural gas will be harder to replace because solar is intermittent; storage is still expensive and wind is only a partial solution, so many solar plants will still require natural gas or nuclear backups at night, on rainy days and in the winter. But just as with solar power, storage technology will become cheaper the more of it is deployed. So Biden’s build-out won’t replace natural gas immediately, but would probably make it possible to do so during the next 15 years. Biden would also force the U.S. auto fleet to be rapidly replaced with cars powered by batteries, hydrogen-fuel cells or hybrid technology — something else that has become feasible thanks to recent technological advances.

In addition to being right about the technology, Biden’s plan wisely focuses on investment. Despite Biden’s proposed tax hikes, most of this capital spending is going to have to come from federal deficits. Some other big climate proposals have focused on creating permanent new entitlements, which would create a dangerous fiscal risks if interest rates or inflation ever rose. But Biden’s spending, like the building of the interstate highway system in the 1950s, would be a one-time investment. That means it’s fiscally safer. It also will partially pay for itself through cheaper electricity and reduced reliance on imported oil, which will increase tax revenue in the long term.

Finally, Biden’s plan focuses on providing direct government employment, creating a Climate Conservation Corps that echoes one of FDR’s more popular programs. Having the government give people jobs isn’t always a good idea, especially when it cannibalizes jobs from the private sector. But the U.S. will emerge from the coronavirus pandemic with a huge pool of unemployed workers who will need jobs:

[graph 1: “ a bounce but so far to go” from https://www.bloomberg.com/opinion/articles/2020-07-09/u-s-economy-is-battling-two-coronavirus-recessions-not-just-one?sref=R8NfLgwS]

So putting people to work building clean energy infrastructure during the next few years makes perfect sense. In addition, the end of coal and natural gas will endanger the careers of a large number of U.S. workers; Biden’s plan would give many of these displaced workers opportunities in the clean-energy industry, cushioning the inevitable blow from the energy transition.

So Biden’s climate plan is both appropriately bold and perfectly suited to the U.S.’s needs and capabilities. Its focus on technology, investment and employment most closely resembles the plan of Washington Governor Jay Inslee — not a so-called Green New Deal, but a green version of the original New Deal.

More generally, Biden’s climate plan, like his industrial policy and tax plans, appears to show an unexpected Biden strength — the ability to adopt and adapt his primary challengers’ best ideas. Though some question whether this will be enough to win over progressive voters, Sanders is now working with the former vice president, and polls currently indicate that both Sanders and Warren supporters are fully on board with Biden.

So against all odds, this elderly centrist may end up being the country’s best chance at a genuine successor to FDR. Let’s hope so, because if ever there was a time when the U.S. needed a transformative economic program, it’s now.

Noah Smith is a Bloomberg Opinion columnist. He was an assistant professor of finance at Stony Brook University, and he blogs at Noahpinion.