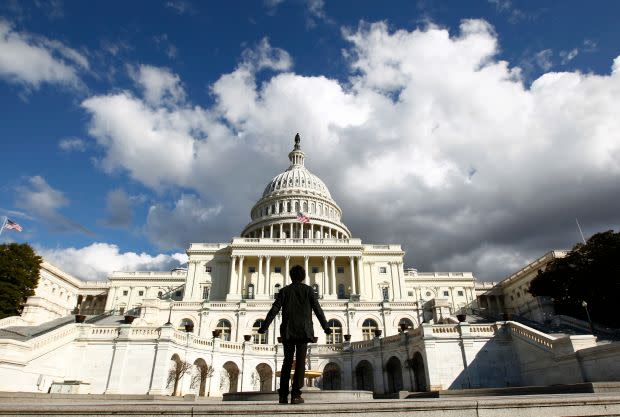 Since 2005, Alphabet, Apple, Amazon, and Facebook have acquired 385 other US companies, according to PitchBook. Alphabet alone has acquired 185.

Big tech’s buying spree is already being scrutinized by the US Federal Trade Commission, the EU, and Australia’s Competition and Consumer Commission. On Monday, the US Congress is up: Apple’s Tim Cook, Alphabet’s Sundar Pichai, Amazon’s Jeff Bezos, and Facebook’s Mark Zuckerberg are all scheduled to appear before the House Judiciary Antitrust Subcommittee.

These four companies’ US acquisitions alone have channeled $86 billion into the pockets of entrepreneurs, venture capitalists, early employees, and other startup investors. Billion-dollar buyouts motivate more tech founders to get started, but they can deter entrepreneurship as well. Albert Wenger, a managing partner at Union Square Ventures, has warned that the big tech companies have a “kill zone” around them, meaning startups that operate too closely to their businesses have no chance of success.

Economists at the University of Chicago explored the kill zone thesis in a working paper released in late 2019. They looked at nine acquisitions by Google and Facebook worth $500 million or more, and found that over the three years following the acquisitions venture capital investment in startups competing with the acquired companies fell by 46%.

In the paper, which has not been peer-reviewed, the researchers caution that their results are merely “suggestive.” Nonetheless, they point to the fact that big tech’s startup investments don’t fully capture its effects on entrepreneurship and innovation. Massive acquisitions made founders like Instagram’s Kevin Systrom or Whatsapp’s Jan Koum extremely rich, but the tech giants’ market power has likely doused the ambitions of countless other founders as well.