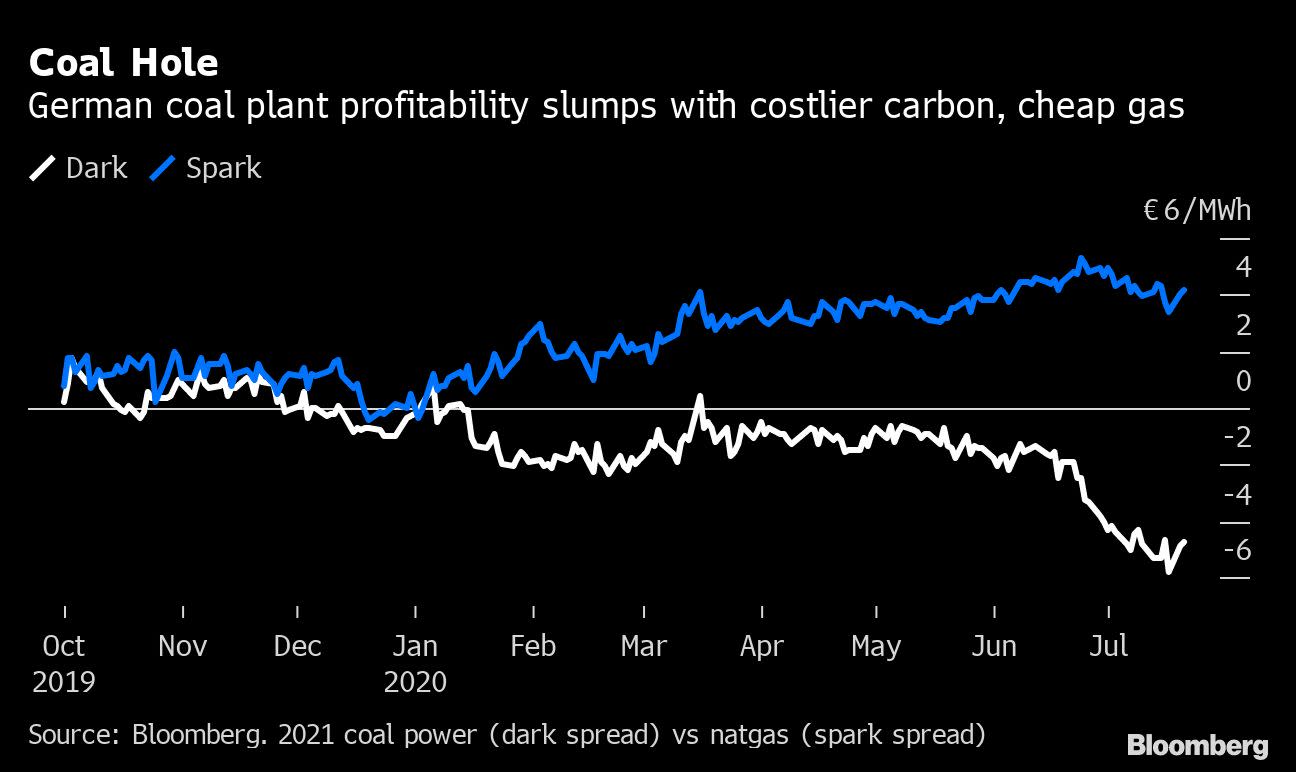 Vattenfall AB took a massive hit on the value of a new German coal plant in yet another sign of how the fossil fuel is struggling in Europe.

The Swedish utility wrote down the value of the Moorburg facility in Hamburg by 9.1 billion kronor ($1 billion), according to its first-half earnings statement on Tuesday. The plant opened in 2015 and by then Vattenfall had already taken impairment losses of 4 billion kronor for the project.

The writedown is another example of how renewable energy and the global pandemic is reshaping energy economics. Demand for power dropped more than 20% in some European countries during the lockdown, leading coal’s share in generation to plummet as green sources like solar and wind have priority to the grid.

“For understandable reasons, fossil-fired power generation is especially exposed in today’s challenging market,” Vattenfall’s Chief Executive Officer Magnus Hall said in the statement. “A natural consequence of this is that the value of fossil-fired plants is decreasing.”

The plant has drawn controversy since it started. Environmentalists in both Germany and Sweden slammed the state-owned utility for opening a coal-fired plant at a time when utilities, cities and governments should do all they can to reduce carbon emissions. Vattenfall said earlier this year it was considering options for Moorburg and was willing to discuss its future with the city.

Germany has plans to phase out most hard-coal plants in Europe’s biggest power market by 2026 and several other European nations are following suit. The U.K. went for more than two months without any coal in its power system this spring.

The cost of carbon emission permits have also hit a 14-year high, reducing profitability at coal plants even further.

Vattenfall was also forced to write down the value of its Swedish wind assets by 1.5 billion kronor. Power prices in the Nordic market slumped to records this spring after the biggest surplus of water for hydro power in decades.

“Falling electricity prices are having a substantial and negative impact on Vattenfall,” said Hall.