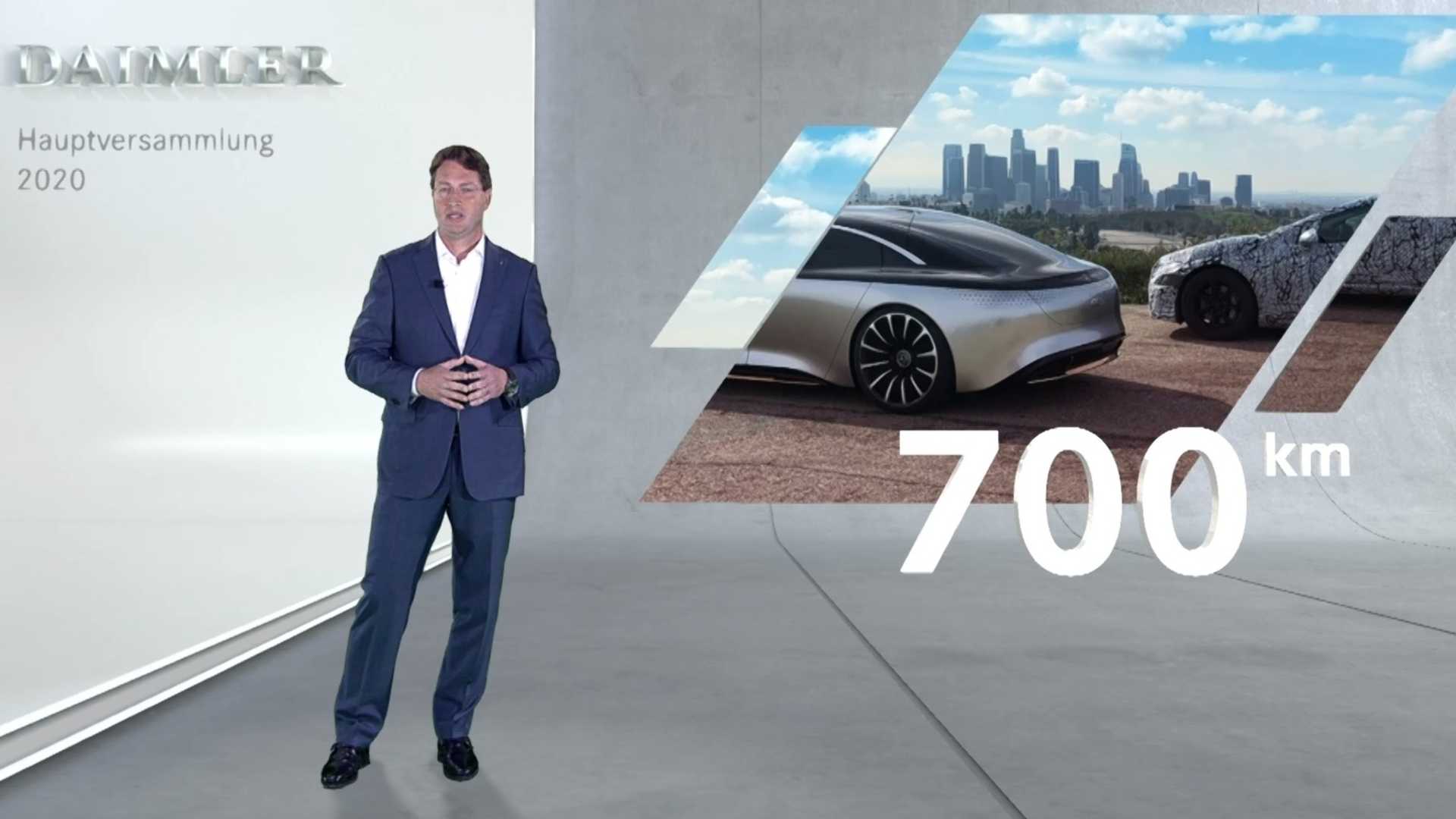 At 700 kilometers between charges, the production version will match the concept.

Shareholders’ meetings aren’t particularly exciting, but every now and then, some juicy details emerge during those long executive speeches. Due to the coronavirus pandemic, Daimler’s Annual Meeting organized this month was unconventional as it was hosted exclusively online. Head honcho Ola Källenius talked about how the COVID-19 outbreak has taken its toll on car sales before moving on to more exciting news.

After providing preliminary details regarding the Mercedes S-Class W223 debuting in September, Daimler’s CEO changed the subject to the EQS. He reiterated it will be a car developed from the ground up as an EV rather than being an electric conversion of the next-generation S-Class. Just like the concept presented in 2019, the production version will have a range of more than 435 miles (700 kilometers) thanks to batteries manufactured in-house at Daimler’s Stuttgart-Untertürkheim plant.

It’s worth noting the range mentioned by Ola Källenius is based on the Worldwide Harmonized Light Vehicle Test Procedure (WLTP), which is far more realistic than the New European Driving Cycle (NEDC) it replaced back in September 2018. That said, history has taught us the equivalent EPA rating will likely be a tad lower.

The Tesla Model S Long Range Plus is touted as being the first true 400-mile EV on sale in the United States courtesy of an official EPA-rated range of 402 miles (647 kilometers). It remains to be seen whether the Mercedes EQS will be able to beat that. For the time being, the Model S available in Europe with the longest range has a WLTP-certified rating of 379 miles (610 kilometers).

The aforementioned Tesla Model S will have to face an additional competitor as Jaguar is developing the next-gen XJ flagship as a zero-emissions vehicle. However, the latest intel suggests the British luxury sedan has been pushed back until late 2021. BMW has already confirmed its next 7 Series will spawn an EV variant, while Audi is reportedly planning an A9 E-Tron for a 2024 release.