Daimler Must Wish It Had Kept That Tesla Stake 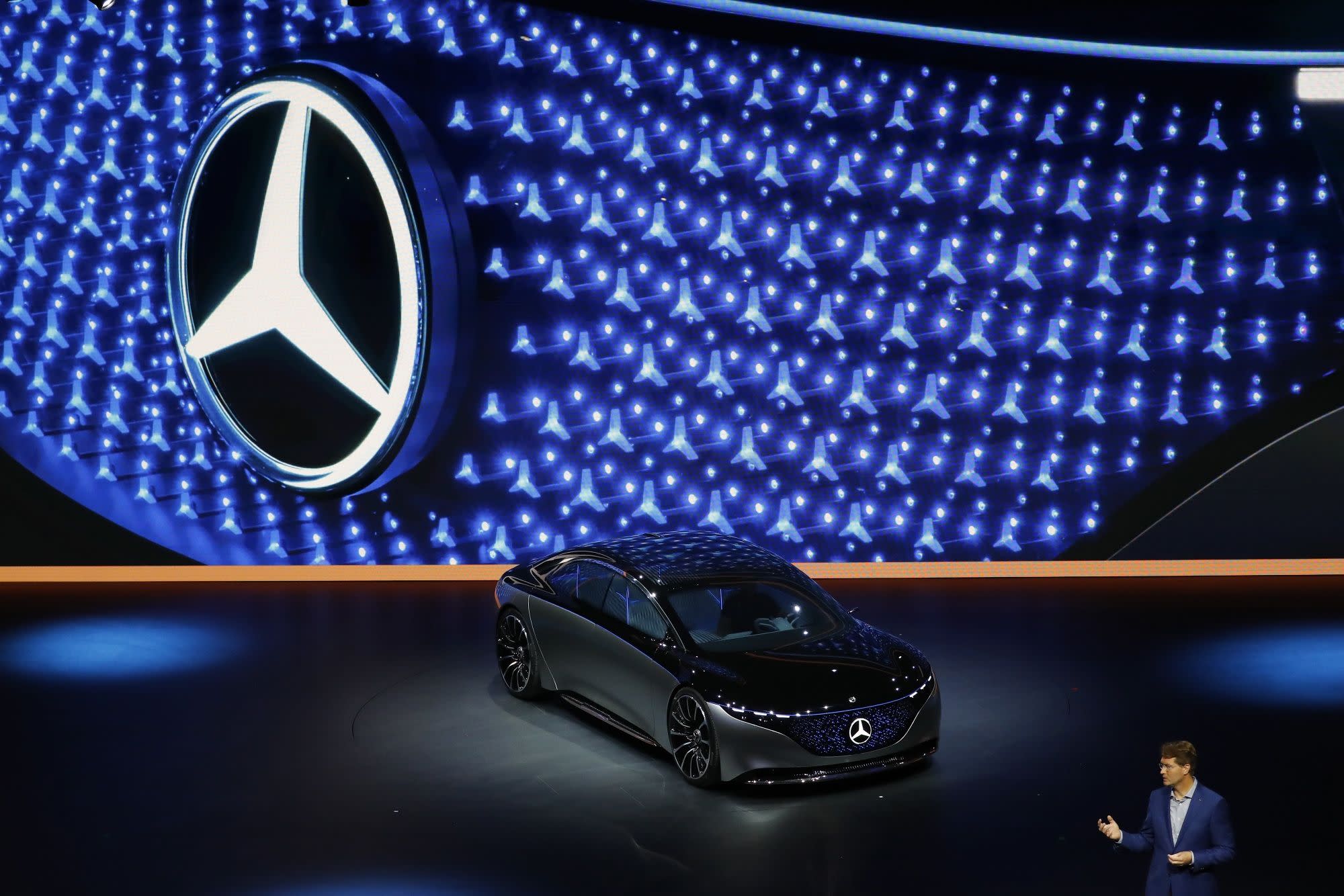 (Bloomberg Opinion) — Tesla Inc.’s march to a $275 billion market capitalization has been pretty galling for Germany, the birthplace of the automobile. But the pain is felt most acutely at Daimler AG, which used to be a large Tesla shareholder.

Had the owner of the luxury Mercedes-Benz brand kept hold of the almost 5 million shares it offloaded in 2014, they would now be worth about $7.3 billion by my calculation — a sum that’s equivalent to two-thirds of Daimler’s current net industrial cash position.(1)

In the annals of ill-timed investment decisions, that stake sale doesn’t quite match the U.K.’s flogging off a big chunk of its gold reserves when prices bottomed out around the turn of the millennium. It still hurts, particularly at a time when industrial companies are counting every last cent.

Fortunately there’s some good news to console Daimler’s long suffering shareholders. The company’s performance in the most recent quarter was a lot better than expected. Instead of burning a large amount of cash, Daimler’s industrial business recorded an almost 700 million-euro ($799 million) inflow during the three-month period. The quarterly operating loss of 1.7 billion euros was also a pretty respectable outcome, considering the pandemic forced the temporary closure of both factories and dealerships.

The shares rose on Friday, extending the stock’s rally since its March low to almost 80%. While not Tesla-esque, that’s still pretty racy. Unfortunately, this resilient showing may make the task of restructuring Daimler that much harder.

But first, what’s gone right? A recession would normally be devastating for auto sales. However, a pandemic changes the dynamic somewhat: Having a car is pretty helpful if you worry taking public transport might endanger your health.

Mercedes’s car sales declined about a fifth in the first half of the year, but in June they were actually higher than the same month a year ago. The brand’s performance in China, where the pandemic seems to have been brought under control, was especially good. It helps too that the jobs of Mercedes’s customers – wealthy white collar workers – probably aren’t as threatened by the pandemic as other parts of the economy.

That doesn’t mean Daimler is in the clear. The company’s margins had already deteriorated before the novel coronavirus appeared. Legal troubles involving dirty diesel engines contributed to a string of profit warnings, but the overarching problem was the massive cost of investing in cleaner propulsion technology, and that hasn’t gone away. At the same time, Daimler’s large production and staffing footprint in high-cost Germany and high level of vertical integration (it produces lots of parts itself rather than outsourcing the work) has become unsustainable.

New Chief Executive Officer Ola Kallenius wants to trim the workforce by 15,000 positions, but the additional headwinds created by the pandemic may mean that number has to rise. Talks with trade unions have begun but unsurprisingly, they’re not going smoothly.

The risk is that Daimler’s decent second-quarter performance lessens the urgency for change. Generating positive cash flow is also unhelpful from a political perspective: While Germany has boosted subsidies for low-cost electric vehicles and cut sales taxes, domestic carmakers have received remarkably little support from their government during this crisis.

So Daimler still has plenty of work to do. It’s embarrassing that the world’s largest premium automaker and biggest truck maker is valued at barely 40 billion euros. Considering how Mercedes focuses on the premium end of the market, the car unit should be far more profitable than it is.

Yes, Daimler should have moved faster to develop electric vehicles. But it’s not the dinosaur it’s sometimes characterized as. The EQS electric saloon set to go on sale in 2021 promises to cover more than 700 kilometers (435 miles) on a single charge, which might convince even the most range-anxious car buyers to abandon their addiction to combustion engines. The truck unit too is targeting a carbon-neutral fleet in key regions by 2039.

In view of previous setbacks, Daimler’s shareholders will take more convincing before they believe in this recovery story and get over the disappointment of missing out on the Tesla rally.

(1) Daimler acquired a 9% stake in Tesla in 2009 for the trifling sum of $50 million. The Germans quickly offloaded part of their stake, they got diluted when Tesla raised capital and sold the remaining 4% stake in 2014 for $780 million.