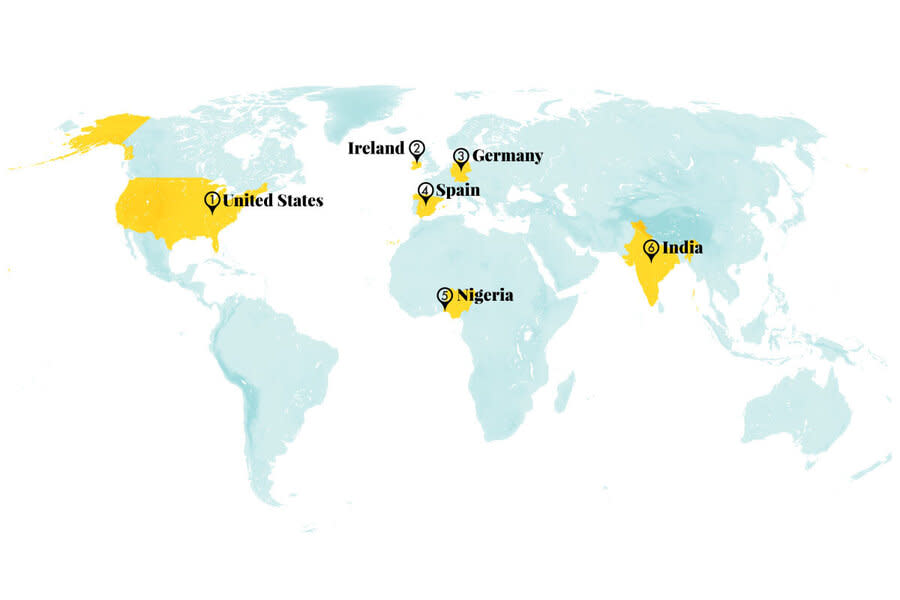 Elk have returned to Kentucky, providing an economic boost to 16 counties of coal country. Elk were once common in the western part of the state, but development pushed away many native game species by the 20th century. In eastern Kentucky, mining’s mountaintop removal process decimated local landscapes and ecosystems, but as the industry has receded, it has left behind a new landscape of uninhabited, grassy plateaus where elk can thrive.

Through an aggressive reintroduction effort, the reclaimed mines are now home to roughly 13,000 elk, the largest population east of the Mississippi. The state fish and wildlife department reports the emerging elk market – including sightseeing tours and hunting guides – contributes $5 million to local economies, which have some of the highest poverty rates in the country. (The New York Times)

Feminist organizer Eileen Flynn has become the Republic of Ireland’s first Traveller senator. There were about 30,000 Travellers, a formally recognized Indigenous ethnic minority, living in Ireland during the 2016 census. Travellers face many forms of discrimination, including barriers to education, derogatory language, and being denied service at shops and hotels. Ms. Flynn made headlines in 2008 when she and her sister became the first Travellers from their neighborhood to pursue higher education. She narrowly missed out on an elected Seanad seat earlier this year, but landed one of 11 appointed seats in the new coalition government. Ms. Flynn, a community development worker with the National Traveller Women’s Forum, aims to introduce anti-hate crime legislation and to help “break down the barriers for Traveller people and also for those at the end of Irish society.” (BBC)

Germany has committed to banning the sale of single-use plastic products, bringing the country in line with a European Union directive to reduce plastic waste. As of July 3, 2021, people will not be able to buy plastic cutlery, straws, cotton swabs, and other single-use products that take decades to degrade.

Environment Minister Svenja Schulze hopes the move will combat Germany’s “throw-away culture,” saying many of the banned products “are superfluous and non-sustainable use of resources.” Germany’s Federal Environmental Agency reports the country collected a record 18.7 million tons of packaging waste in 2017, and up to 20% of trash found in public spaces is single-use plastic. (Deutsche Welle)

Real Madrid has officially launched its first women’s soccer team after merging with Madrid-based women’s club CD Tacon. The acquisition was approved last year, but Tacon operated under its original name for the last season. Now, it is Real Madrid Femenino. Worth $4.24 billion last year, Real Madrid is the most valuable soccer club in the world. Women’s soccer has long been popular in Spain, and fans criticized the 118-year-old organization for being one of the last elite clubs to not offer a women’s team. But now, there’s hope that Real Madrid Femenino will inspire long-term investment in the sport. “It’s a huge positive that you have the biggest men’s club in the world now investing in the women’s side,” said Ada Hegerberg, a Norwegian soccer player. “It sends out a message to other clubs. … I hope they go all in.” (CNN, Yahoo News)

The city of Lagos is giving 300,000 children cellphones preloaded with data and an educational app called Roducate in an effort to level the playing field for remote students. The city has already distributed 20,000 phones. Nigeria has seen a rise in smartphone and internet use in recent years, but the high cost of data and devices means many families with children in public school don’t have as much access to the technology as those whose children attend private school. The coronavirus pandemic has prompted the education department to find ways to help teachers and families become less reliant on classrooms, and officials expect the cellphones to help students stay engaged for at least the next year while schools are still reopening. “It’s quite clear we are not going to go back to how things were,” said the city’s education commissioner, Folasade Adefisayo. “We’ve found e-learning to be efficient and interesting. The children love the app, and so far we see it as being a part of how they can learn going forward.” (The Guardian)

U.S. skincare giant Johnson & Johnson will discontinue product lines that promote skin-lightening amid global demonstrations against racism. The company said it is dropping the Neutrogena Fine Fairness line, which is sold throughout Asia and the Middle East, and the Clean & Clear Fairness line, sold in India. The Fine Fairness product promises to “double your skin’s whitening power for even-toned lasting translucent fairness.”

Although these lines together represented less than 1% of the company’s global beauty sales in 2019, the popularity of whitening products has long been a controversial issue in Asia, and particularly in India, where Bollywood stars have endorsed lightening creams. Critics say these products and their advertisements perpetuate colorism, a form of discrimination that favors people with lighter skin over those with dark skin. Other beauty companies are rethinking their branding. L’Oréal is removing references to “white,” “fair,” and “light” from its skincare products, and Hindustan Unilever has vowed to stop playing up “the benefits of fairness, whitening, and skin lightening” in its marketing materials. (CNN)

Read this story at csmonitor.com

Become a part of the Monitor community