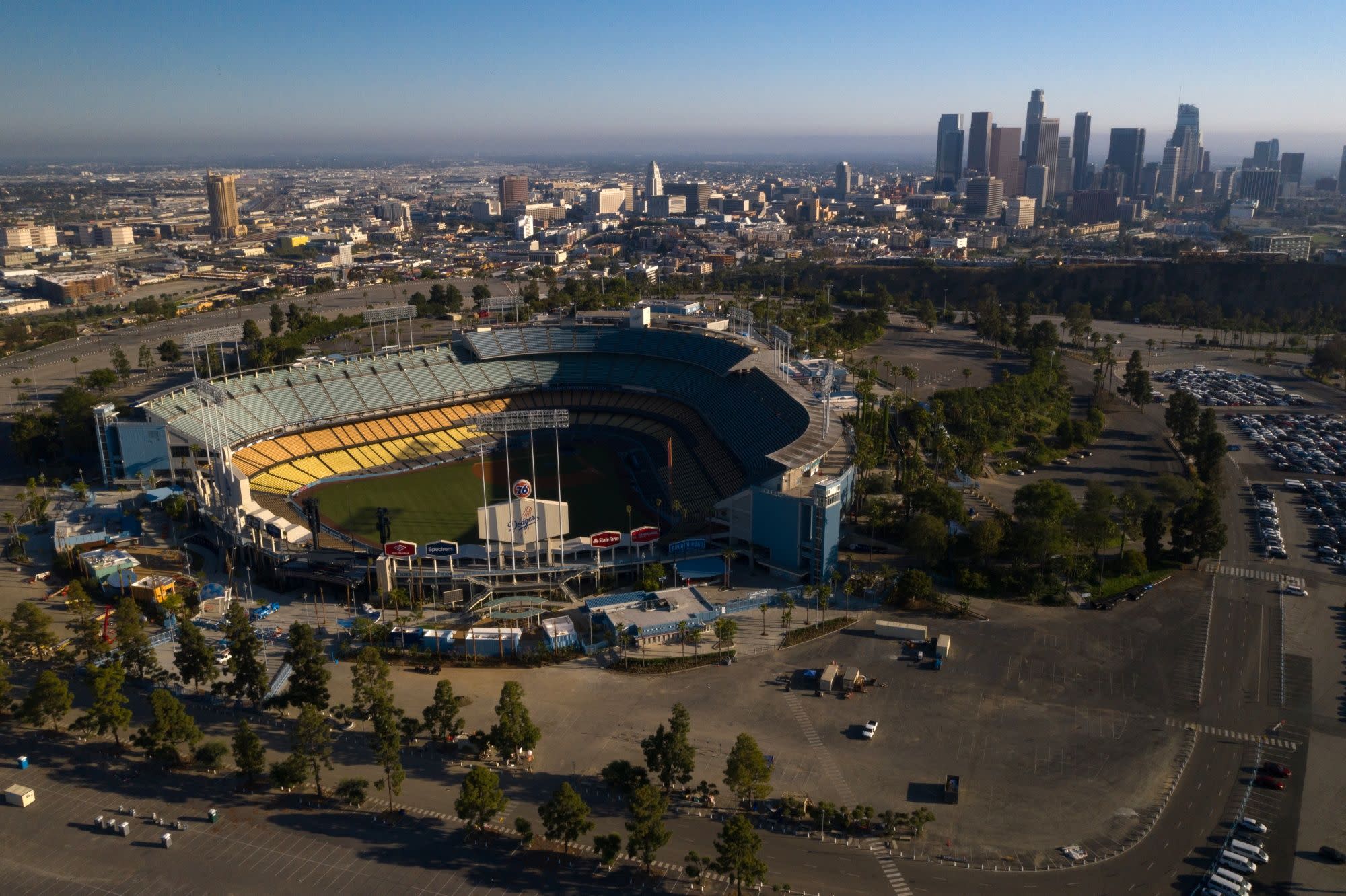 (Bloomberg) — Two years ago, Los Angeles Dodgers Chief Financial Officer Tucker Kain talked up a plan to whisk baseball fans to the team’s stadium in minutes using an electric-car filled tunnel, built by Elon Musk’s Boring Co. It would be ready, he said, in time for the 2020 baseball season.

But on Thursday, when the Dodgers play their opening game against the San Francisco Giants, there will be no fans, thanks to the novel coronavirus. And even if there were, they’d have to sit in traffic as usual to get to the stadium the old-fashioned way.

The project hasn’t advanced much since Kain spoke two years ago. The scrapped timeline comes even though the season was delayed by four months because of the pandemic.

While this isn’t the future Kain had envisioned for 2020, the project is still in play. A representative for the city’s engineering department said it’s working on an environmental review of the project and expects to release it later this year. That will kick off a 45-day review and comment period and then eventually a vote by the city council.

Representatives for Boring Co. and the Dodgers didn’t immediately respond to a requests for comment.

After Boring Co. announced its plans in 2018, the Dugout Loop project at first moved quickly and on an ambitious time table: “The expectation right now is that we’ll have approvals early next year and get started building the tunnel, and hopefully have it opened by the end of 2019, in time for 2020 season,” Kain told CNBC in August that year. An initial public scoping meeting was held just days after Kain’s comments.

But not long after that, the attention of Boring Co. executives shifted to Las Vegas, where the company won a high-profile bid to build a “Loop” tunnel system under the Las Vegas Convention Center. That project is set to open by January, and could expand to two Vegas hotels.

Construction of the roughly four-mile Dugout Loop would take up to 14 months, the Boring Co. says on its web site, and would run from the southwest side of Dodger Stadium to a nearby LA Metro station. Fans would ride in autonomous electric vehicles based on Tesla Model X cars, but much larger—carrying up to 16 people per vehicle. The ride would take less than four minutes and cost $1, although the ticket price isn’t final.

Another proposed Boring Co. project in Los Angeles, a north-south tunnel under the west side of the city, fizzled amid an outcry that the city’s public works committee had recommended its exemption from environmental review. It also faced a now-settled lawsuit from potentially affected neighbors. A separate Boring Co. proposal in Chicago faded away after the mayor who championed it, Rahm Emanuel, left office.

(Updates starting in paragraph four with comment from the city of Los Angeles and details on the project’s status.)