Everything you need to know about Scott Borgerson, the tech CEO tied to Jeffrey Epstein’s alleged madam, Ghislaine Maxwell 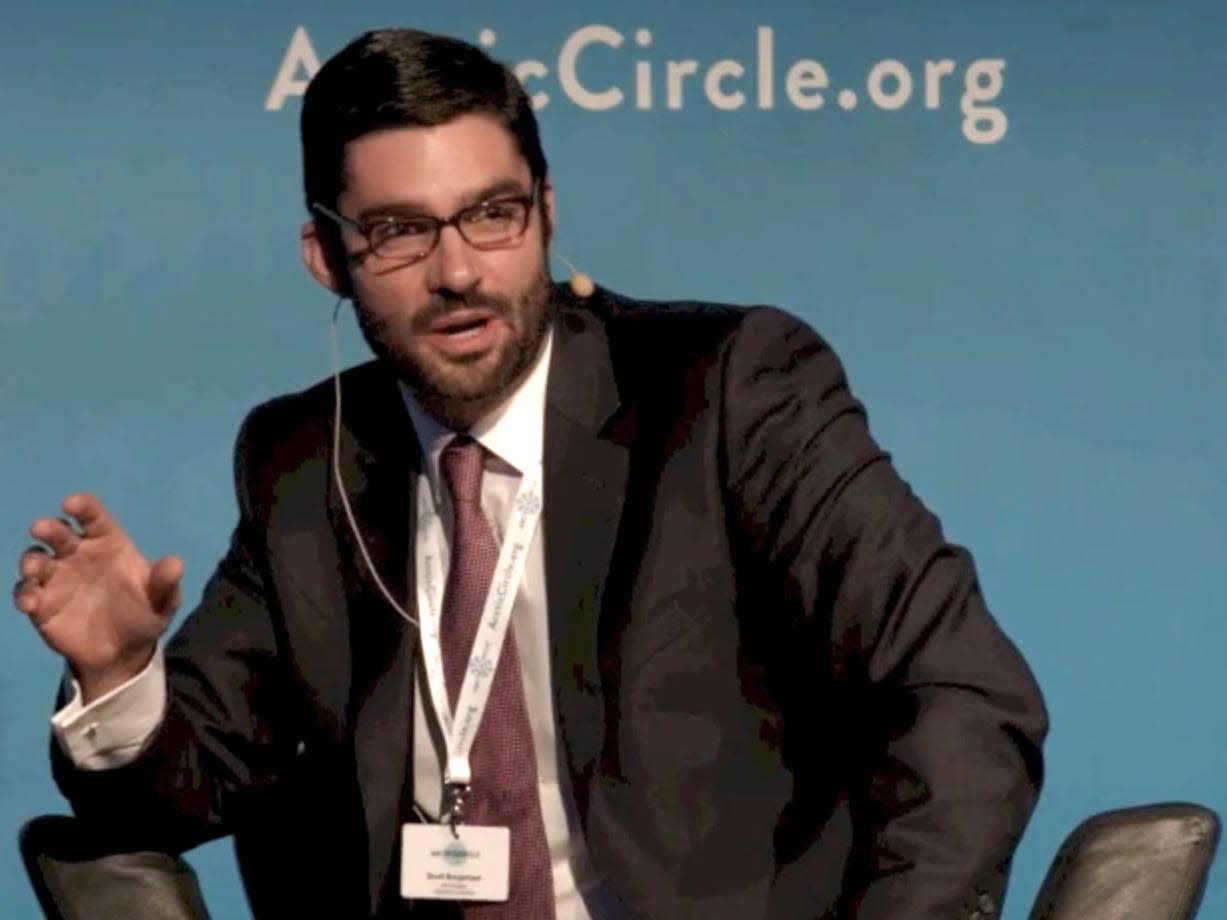 Scott Borgerson, the CEO of a maritime analytics company, is back in the news for his ties to Jeffrey Epstein’s inner circle.

The Daily Mail reported last summer that Borgerson was dating and housing Ghislaine Maxwell, Jeffrey Epstein’s former girlfriend and alleged madam. Authorities arrested Maxwell on July 2, and she remains behind bars without bail until she stands trial in 2021 to face allegations she recruited underaged girls for Epstein.

Borgerson denied the August 2019 report to Business Insider at the time, and said Maxwell was only a “former friend” who was not living at his home in Manchester-by-the-Sea, Massachusetts. Maxwell was then spotted at an In-N-Out Burger joint in Los Angeles the next day.

The relationship between Borgerson and Maxwell is still not clear, but the CEO’s name has resurfaced after prosecutors recently alleged in court that Maxwell is secretly married. Maxwell has declined to provide the name of her spouse, but news outlets have suggested it could be Borgerson.

Borgerson has not responded to further requests for comment since he last spoke with Business Insider in August 2019.

Here’s everything you need to know about Scott Borgerson, his company CargoMetrics, and his ties to Ghislaine Maxwell:

Scott Borgerson, 44, is the CEO of CargoMetrics, a data-analytics company for maritime trade and shipping. He cofounded the Boston-based company in 2010, and it was most recently valued at $100 million in 2016.

Borgerson’s company has raised nearly $23 million from investors, which include former Google CEO Eric Schmidt. Schmidt led a $10 million funding round for CargoMetrics in August 2017, according to PitchBook.

The Daily Mail reported in August 2019 that Borgerson was dating and housing Ghislaine Maxwell, Jeffrey Epstein’s alleged madam who had largely remained out of the public eye. Maxwell was close to Epstein, and reportedly recruited underage girls for Epstein and participated in their abuse.

The Daily Mail also reported Maxwell had become a “homebody” who was “hiding out” at Borgerson’s home, and that the pair have been dating for around five years. However, Borgerson denied the report to Business Insider at the time, and said Maxwell was a “former friend.”

Borgerson also told Business Insider he was away on business for the week, and that no one had been staying at his Massachusetts home. A day later, Maxwell was spotted at an In-N-Out Burger in Los Angeles.

“Ghislaine Maxwell is not at my home and I don’t know where she is,” Borgerson told Business Insider at the time. “I’m passionate about ocean policy and wish people were as interested in Jones Act reform, joining the law of the sea, and funding icebreakers.”

The Daily Mail also captured photos it claims show Borgerson walking Maxwell’s dog in Boston. However, Borgerson told Business Insider that the dog in the photographs is actually his, and his name is Secretary Hamilton — named after Founding Father Alexander Hamilton, who founded the Coast Guard.

Another Daily Mail article alleged details about Borgerson’s previous marriage, which reportedly ended in 2014 and through which the tech CEO has two children. Since first talking with Business Insider nearly a year ago, Borgerson has not responded to multiple requests for further comment.

However, Borgerson isn’t the only tech mogul with ties to Jeffrey Epstein and his circle. Microsoft founder Bill Gates, Tesla CEO Elon Musk and Marvin Minsky, MIT’s “father of artificial intelligence,” have all been connected to Epstein.

Read more: All the tech moguls who have been connected to Jeffrey Epstein, the elite wealth manager who died in jail while awaiting trial on sex-trafficking charges

Authorities arrested Maxwell on July 2, and she’s currently being held without bail ahead of her federal trial in July 2021. During her bail hearing, prosecutors alleged Maxwell is secretly married, but she “declined” to disclose the name of her spouse. Because of her alleged romantic past with Borgerson, outlets are speculating the he is the spouse.