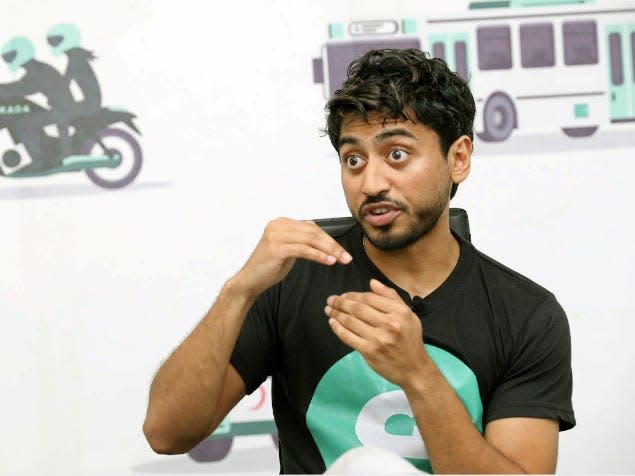 The family of a young tech CEO who was brutally murdered in New York City has described the killer’s actions as “nothing short of evil.”

The torso of Fahim Saleh, 33, was found Tuesday in his condominium in Manhattan’s Lower East Side with his head and limbs removed, the New York City Police Department previously told Business Insider.

Saleh had a venture-capital firm and was the founder and CEO of Gokada, a motorcycle-hailing company in Nigeria, as well as the found of Pathao, a ride-sharing company popular in Bangladesh and Nepal.

A family statement reported by The Daily Beast said: “No words or actions to provide any of us comfort except the capture of the person who exhibited nothing short of evil upon our loved one.

“We need and urge the NYPD and other members of law enforcement to work diligently to get to the bottom of this horrific crime and bring justice for Fahim.”

An electric saw was found next to his body, and an unnamed law-enforcement source told the New York Post that the crime scene looked like that of a “professional” killing.

Saleh’s family said “the headlines talk about a crime we still cannot fathom.”

“Fahim is more than what you are reading,” they said in the statement quoted by The Daily Beast. “He is so much more. His brilliant and innovative mind took everyone who was a part of his world on a journey and he made sure never to leave anyone behind.”

Detectives told The Daily Beast that a man wearing all black, including a mask and a hood, was recorded following Saleh into the elevator in his apartment building on Monday.

They said that Saleh appeared uneasy and that the two exchanged words, but there was no audio.

The man appeared to struggle to work the elevator because it had no buttons and Saleh had used a fob, the detectives said.

Surveillance footage then shows Saleh leaving the elevator, where the man came up behind him and raised his right hand, and Saleh then fell to the floor.

Detectives say the man may have used a Taser.

The description is similar to one that law-enforcement sources gave to the New York Post.

The Post reported that surveillance footage from Monday showed a man carrying a bag entering and riding the apartment building’s elevator with Saleh, with Saleh then getting out.

The sources said the man then attacked Saleh just as he was entering his apartment.

According to The Daily Beast, an autopsy found that Saleh was repeatedly stabbed and died before his body was dismembered.

The killer seemed to have waited the night before doing so, so the blood would have coagulated, the outlet reported.

Law-enforcement officials told The New York Times that it looked as if the killer had attempted to clean up the scene to remove evidence.

The Daily Beast also reported that investigators believe the killer was interrupted by someone — possibly a relative — while trying to remove the body.

Saleh’s body was found by his sister Tuesday afternoon.

Detectives suspect the killing may be because of a financial dispute, The Daily Beast reported.