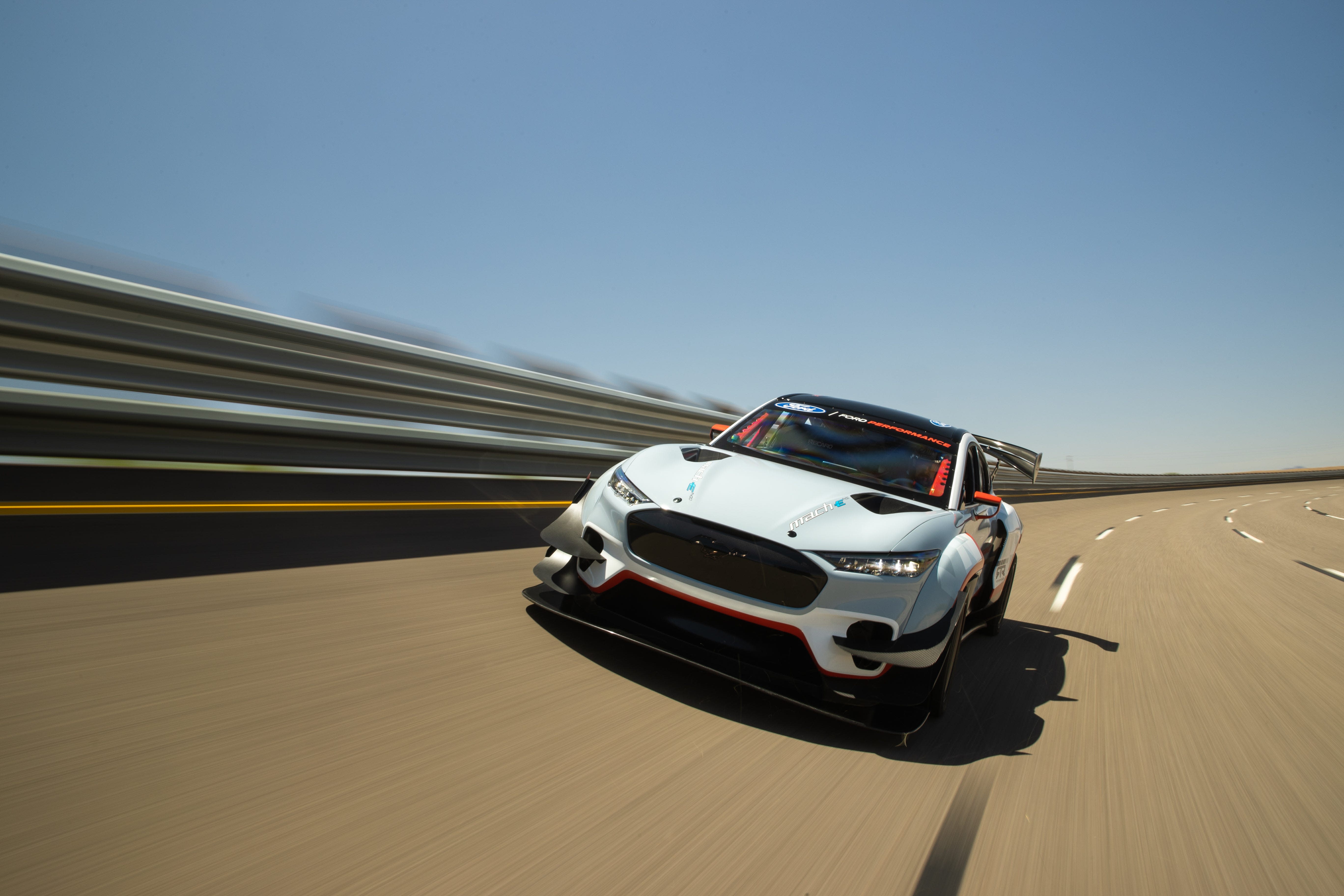 Ford wanted to show what an electric car can do, so it created the all-electric Mustang Mach-E 1400.

At 1,400 peak horsepower, this track monster should show quite a bit.

The prototype race car is powered by seven motors and a 56.8-kilowatt-hour battery.

It’s a vehicle that should help generate continued interest in both the upcoming production version of the Mach-E, which is slated to be available later this year, and the $11.5 billion Ford said it’s investing in electric vehicles worldwide.

The car is a 10,000-hour collaboration of Ford Performance and RTR Vehicles, which builds upgrade packages for Ford models, such as the Mustang, F-150 and Ranger. The Mach-E 1400, which Ford called a one-off, was built off a Mustang Mach-E GT body in white at RTR’s facility near Charlotte, N.C.

Vitamin C: How hope, rather than proof, sent the antioxidant’s sales soaring during COVID-19

“Now is the perfect time to leverage electric technology, learn from it, and apply it to our lineup,” Ron Heiser, chief program engineer for the Mustang Mach-E, said in a news release. “Mustang Mach-E is going to be fun to drive, just like every other Mustang before it, but Mustang Mach-E 1400 is completely insane, thanks to the efforts of Ford Performance and RTR.”

Vaughn Gittin Jr., founder of RTR Vehicles, also offered his assessment of the Mach-E 1400, which is slated to make an appearance at an upcoming NASCAR race.

“Getting behind the wheel of this car has completely changed my perspective on what power and torque can be,” Gittin said in the release. “This experience is like nothing you’ve ever imagined, except for maybe a magnetic roller coaster.”

In a video clip released by Ford, Gittin drives the white Mach-E prototype in a series of track challenges against other top racing Mustangs and drivers, including Chelsea DeNofa, Hailie Deegan and Joey Logano.

The power and configurations available provide lots of opportunities for experimentation, Ford said.

“The chassis and powertrain are set up to allow the team to investigate different layouts and their effects on energy consumption and performance, including rear-wheel drive, all-wheel drive and front-wheel drive,” said Ford. “Drift and track setups have completely different front end configurations like control arms and steering changes to allow for extreme steering angles in drifting. Power delivery can be split evenly between front and rear, or completely to one or the other. Downforce is targeted at more than 2,300 lb. at 160 mph.”

When asked about how many miles the car can travel on a charge, Emma Berg, a Ford spokesperson, said the Mach-E 1400 is designed to be able to run for 45 minutes in order to showcase its capabilities.