How to watch Celtics’ three scrimmages in Orlando 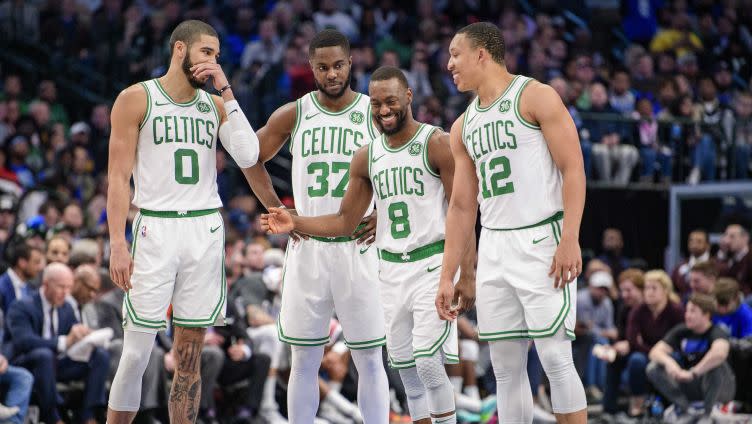 Basketball-starved fans who haven’t seen the Celtics take the court in four and a half months are about to get a steady diet of hoops.

Though the Celtics have to wait until July 31 to open their slate of eight seeding games against Giannis Antetokounmpo and the Bucks, the C’s will begin play in Orlando with three scrimmages.

Download the MyTeams app for the latest Celtics news and analysis

All three scrimmages and all eight seeding games will air live on NBC Sports Boston – and Celtics fans can also stream each game on the MyTeams app. Mike Gorman and Brian Scalabrine will call the action for all the games, with Kyle Draper and Abby Chin contributing as well.

Here are the details for the team’s three scrimmages, which begin on Friday, July 24:

While the first scrimmage game will feature 10-minute quarters as players ramp back up to game shape, the final two games will have normal timing rules with 12-minute quarters. In addition to not having fans in the stands, the arenas will look different, with seats on the benches spaced out so players can maintain physical distancing.

After the Celtics complete their three-game slate of scrimmages, they’ll move on to the seeding game portion of the NBA restart, where each of the 22 teams in the bubble will play eight games before the playoff field is set. As with the scrimmages, each of the following games can also be seen on NBC Sports Boston or streamed on the MyTeams app. Game coverage will start with Celtics Pregame Live and conclude with Celtics Postgame Live, hosted by Kyle Draper.