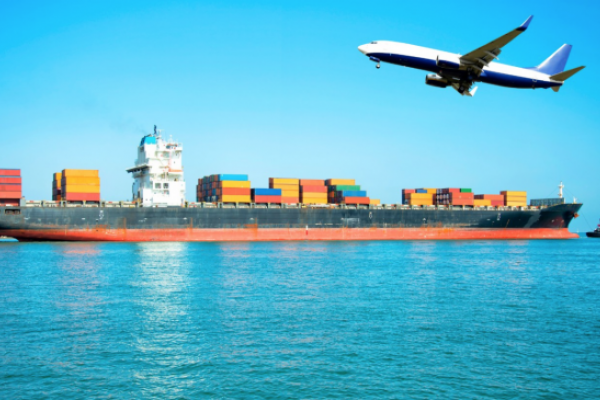 (Tuesday Market Open) On the day Coca-Cola Co (NYSE: KO) reports earnings, optimism continues to bubble and fizz on Wall Street. Hope for progress on a vaccine, new stimulus in Europe, and better than expected quarterly results from some major companies are all front and center in the early going Tuesday.

Today is arguably all about the stimulus as the 27 European Union governments reached a pretty amazing breakthrough agreement. The amount is an eye-popping and unprecedented 750 billion euros ($857 billion). This kind of spending seems likely to give suffering economies there a jolt even as investors wait to see if the U.S. can come up with a new fiscal package.

It’s hard to say for sure, but it looks like crude might be getting a charge out of that new stimulus package. U.S. crude prices ticked up to nearly $42 a barrel early Tuesday, the highest in nearly five months. Firmness in crude is often equated with optimism that economic strength can deliver more transport and travel demand. So keep an eye on where this indicator goes.

These days, “solid” earnings don’t necessarily mean solid compared with a year ago. Instead, investors are rewarding companies that beat lowered expectations. IBM (NYSE: IBM) is one example, with shares up 5% in pre-market trading even though the company’s earnings per share fell 31% and revenue slid, too. Still, the results look great compared with analysts’ estimates.

KO earnings were down along with revenue. Shares rose more than 2% in pre-market trading despite those soft numbers thanks in part to the company hinting that the worst might be over. Think about it: Major League Baseball is opening this week and no one is in the stands to buy KO’s main product.

Not every reporting company is getting rewarded for falling earnings. Take Lockheed Martin Corporation (NYSE: LMT), whose shares rocketed more than 3% in pre-market trading after the company reported EPS and revenue both rising nicely from a year ago and beating analysts’ estimates. For an extra, LMT sprinkled in some raised guidance.

The earnings bonanza continues after the close with Texas Instruments Incorporated (NASDAQ: TXN) and United Airlines Holdings Inc (NASDAQ: UAL). TXN gives us the first look at Q2 in the chip industry. Stocks in this sector have trounced the broader market since bottoming in March, helped by the “stay at home” trade.

The trip begins this afternoon with UAL, followed later this week by American Airlines Group Inc (NASDAQ: AAL) and Southwest Airlines Co (LUV). UAL could be number one on the runway, so to speak, influencing other travel stocks not only by its Q2 numbers, but by what its executives have to say about Q3 and Q4. Will the airlines have anything positive to share even as flights continue to operate at low capacity and thousands of flight crew employees take voluntary retirement in these difficult times? We’ll find out soon.

We’ve said in the past that earnings drive stocks and that’s what actually matters. This year, maybe not so much. Everyone’s pretty much-expecting travel company earnings to be awful in Q2. It’s what they say about Q3 that really can have some influence. Unfortunately, the virus continues to be unpredictable, with cases growing rapidly.

Hopes abound, however, for some progress on that front. The week got off to a good start partly from the FAANGs, but also because we saw three different news reports yesterday on progress with possible vaccines. These included one from Oxford University/AstraZeneca plc (NYSE: AZN), one from a Chinese company, and one from Pfizer Inc (PFE) in its collaboration with BioNTech SE (NASDAQ: BNTX).

Having good data helped put a charge into things, but as noted here in the past, investors shouldn’t get carried away. These are all early-stage trials. The rubber hits the road when bigger, longer-term trial data starts to come out later this year. Medicine is full of studies that looked great early on and failed in the more real-world scenario of Phase III clinical trials.

Let’s hope that’s not the case this time because so much of the rally from lows seems predicated on the belief that one or more companies will quickly find a treatment or vaccine.

FAANGS started the party yesterday, and just about the entire market took a hint.

Amazon Inc (NASDAQ: AMZN) led off the game with a homer after getting a target price of $3,800 painted on its back by a Goldman Sachs (GS) analyst. Shares of AMZN had their biggest day in months, rising nearly 8% and basically erasing memories of last week’s slog.

Whether or not you think AMZN deserves the lofty target, it stands to reason people might get enthusiastic about the company when you consider that online shopping and cloud computing—AMZN’s bread and butter—are both exploding during the pandemic.

Other FAANGs like Apple Inc (NASDAQ: AAPL) and Facebook Inc (NASDAQ: FB)—which, along with AMZN, are coming up on earnings reports— followed AMZN higher. Microsoft Inc (NASDAQ: MSFT), sometimes thought of as the FAANG’s older cousin, jumped an incredible 4% ahead of its earnings report tomorrow. Another popular stock sometimes grouped with Tech and reporting earnings Wednesday is Tesla Inc (NASDAQ: TSLA), which also took a sharp ride higher yesterday.

Where the FAANGs go, the Nasdaq (COMP) often follows. That definitely was the way it went yesterday, kind of reversing last week’s pattern where Tech sat on the sidelines for a bit. One day isn’t a trend, of course, so we’ll see what Tech can do for an encore today. The COMP posted a new record closing high yesterday, so that has a chance to maybe spark some profit-taking.

This Tech-led rally eventually made itself felt in the S&P 500 Index (SPX) and the Dow Jones Industrial Average ($DJI), both of which had lackluster starts Monday morning before catching a slight tailwind. However, some of the reopening stocks like airlines, hotels, cruise lines, and restaurants lagged a bit. You can’t necessarily rule out more of that as the week advances, maybe in part because a lot of the transports and travel firms report soon and some of those numbers are probably going to look ugly.

CHART OF THE DAY: JOINED AT THE HIP. It’s interesting to see how the S&P 500 Index (SPX—candlestick) and gold futures (/GC—purple line) have, for the most part, been moving in lockstep since early March. Gold is considered a risk-off asset, and typically equities and gold move in opposite directions. It’s unusual to see the two move together, so this relationship is something to keep a close eye on. Data source: S&P Dow Jones Indices, CME Group. Chart source: The thinkorswim® platform from TD Ameritrade. For illustrative purposes only. Past performance does not guarantee future results.
A Little Green: The SPX closed in positive territory for the year yesterday and eclipsed the June 8 closing high that had been the best close since the pandemic began. Yesterday’s close was the highest for the SPX since Feb. 20. If you remember, that was right before the murky Monday that saw the SPX begin its huge plunge with a drop of more than 100 points in a single session.

All that seems far behind now, which is kind of ironic considering the virus count continues to spike in parts of the country. Volatility readings arguably tell us that investors feel more optimistic than in a long time, with the Cboe Volatility Index (VIX) falling below 25 on Monday.

Despite all that, 10-year Treasury yields can’t seem to climb out of the ditch, trading near 0.61% early Tuesday. Gold is rising again this week and remains at nine-year highs above $1,800 an ounce. Small-caps also gave back a little ground. There’s plenty of caution out there if you know where to look.

A Back-to-School Season Like No Other: Speaking of newspapers, open one of your choices and you’re likely going to find articles about how back-to-school shopping might be affected by the coronavirus and potential “hybrid” or online school schedules. Some of the reports sound negative, but the National Retail Federation (NRF) is having none of that. Last week, they put out a press release predicting record back-to-school sales due to, what else? The virus.

Parents with children in elementary school through high school say they plan to spend an average $789.49 per family, topping the previous record of $696.70 they said they would spend last year, the NRF said. Spending is expected to total $33.9 billion, up from $26.2 billion last year, and breaking the record of $30.3 billion set in 2012. When you add in college, the combined spend is projected to reach $101.6 billion—exceeding last year’s $80.7 billion and topping the $100 billion mark for the first time.

Who Benefits from School Sales? If the NRF is right, its would be great news for many of the big retailers out there like Target Corporation (NYSE: TGT) and Walmart Inc (NYSE: WMT), and even for places you don’t think of for school shopping trips but still get business on last-minute pens, calculators, and notebooks like Walgreen’s Boots Alliance Inc (NASDAQ: WBA) and CVS Health Corp (NYSE: CVS). Discount stores like Dollar Tree Inc (NASDAQ: DLTR) and Dollar General Corp (NYSE: DG) could also be in the mix, but discount retailers are seen attracting far fewer shoppers than a year ago, according to the NRF. Stores with a big online presence like TGT and WMT could benefit most, as 55% of the K-12 school shopping is expected to be online, up from 49% a year ago, the press release said.

Why the big expected sales leap overall? It could be due in part to one major and expensive item: Laptops. Online learning makes it essential for most kids. The NRF said its back-to-school survey showed laptop sales rising 36% from a year ago. So more good news, potentially, for Info Tech, particularly hardware makers like Apple Inc (NASDAQ: AAPL), HP Inc (NYSE: HPQ), Dell Technologies Inc (NYSE: DELL), and Hong Kong-based Lenovo.