If you have to work from home, why not move here? 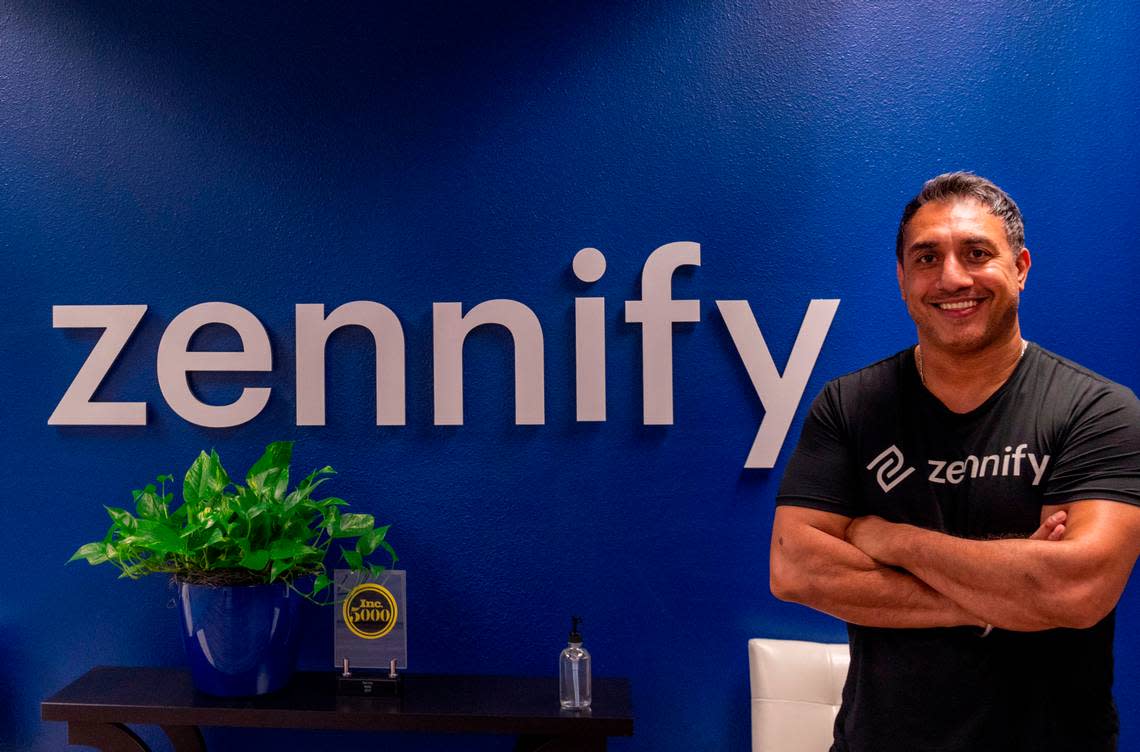 With a 12.8% unemployment rate and a lengthy stretch of economic uncertainty looming, Sacramento is struggling through the COVID-19 pandemic about as poorly as most other metro areas.

But the region’s business leaders believe the coronavirus also carries with it an economic silver lining — a chance to lure thousands of high-tech workers from the Bay Area.

Here’s the idea: Some of the Bay Area’s leading tech companies are telling their employees they can stay home permanently. Twitter and Square, for instance, have said anyone who wants to work remotely can continue doing so even after their offices reopen.

Business executives in Sacramento say decisions like these have altered the dynamic between the two regions, making the Bay Area somewhat less important as a tech hub. Put another way: If tech workers are no longer tethered to their offices in San Francisco, why not just move to Sacramento?

Sacramento has relied on the Bay Area for decades as a source of economic fuel. Comparatively low housing costs and other factors have long made Sacramento a landing spot for Bay Area refugees. Since the 1970s

In the late 1970s and early 1980s a handful of major tech firms, led by Intel and Hewlett-Packard, brought major operations to the region, lured by cheaper operating costs and relief from earthquake risks, and the Bay Area migration has never really stopped.

Now area business leaders, who are still trying to reduce Sacramento’s dependence on government jobs, believe the pandemic will accelerate the flood of workers from the Bay Area.

“These folks are moving here, a lot of them,” said Barry Broome, chief executive of the Greater Sacramento Economic Council, the region’s main business recruiter.

As it is, about 36,000 residents of greater Sacramento physically commute back to the Bay Area for work, according to census data. Broome wants Sacramento to embrace a new generation of Bay Area transplants who work from home and tele-commute.

Yet Broome said Sacramento has to do more than simply put out a welcome mat to bring in workers who “can move to Austin just as easily.” He wants to create an environment where Bay Area refugees will want to establish roots — and some day, perhaps, quit their current jobs and launch their own tech companies from their new base in Sacramento.

Broome acknowledged that the Sacramento area is laboring under something of a handicap: The economy’s poor, undermining what he called “the optics of being healthy” as the region tries to sell itself.

While some big development projects appear to be moving forward on schedule — such as Aggie Square, the massive UC Davis development planned for Oak Park — the construction of the Major League Soccer stadium at the downtown railyard has been pushed back a year. The area’s public universities, a source of engineering talent, will be under financial stress as the state digs out from under a massive deficit.

“Our institutional foundations … are getting hit really hard,” Broome said.

On the other hand, geography helps Sacramento’s cause. The tech companies that are encouraging remote working are also telling employees not to stray too far from home.

Facebook, for instance, wants to open up more of its jobs to remote workers — so long as the employees live within a four-hour drive of a Facebook office. The company’s headquarters are about two hours from Sacramento.

Spokeswoman Chloe Meyere said it’s not clear how many jobs will be permanently remote. “This is early,” Meyere said. “We’re still working through it.”

A wave of tech talent from Bay Area

Sacramento tech entrepreneur Manvir Sandhu absolutely believes the pandemic will bring more tech workers to the region. He can’t wait for his company, tech consultant Zennify, to be in a position to hire some of them.

Zennify went into 2020 with a fresh influx of capital and a wealth of opportunities. Within a few months it was nailing down a roughly $900,000 Paycheck Protection Program loan from the U.S. Small Business Administration, one of thousands of area companies taking the federal lifeline to cope with the coronavirus.

“You see the pipeline starting to decrease, projects starting to stall,” Sandhu said. “We went into this year with serious growth plans …. It’s been a journey.”

While he’s been able to keep his team intact — Zennify employs 105 workers, about 40 of them at its office in Sacramento — he has had to hit the breaks on expansion.

But when the economy brightens, Sandhu is confident his company will be ready to pounce. The same is true for Sacramento, he believes, as talent from the Bay Area finds it way to the capital region.

“It’s definitely opened up that door for Sacramento; it’s an opportunity,” he said. “If you look at the expensive rent, the cost of living in these large cities, especially Silicon Valley and San Francisco — what was the No. 1 thing that kept them in San Francisco? It was their jobs.”

The phenomenon isn’t limited to Sacramento. Wealthy Bay Area and Southern California residents have flooded Lake Tahoe’s real estate market in recent months. CNBC reported that homes are selling in a matter of days instead of months, with many going for well above their asking price.

As for Sacramento, some experts believe the influx of workers will help the region overcome one of its biggest stumbling blocks as it tries to diversify its economy: the shortage of high-tech talent, especially in the executive ranks. Although UC Davis and Sacramento State have become reliable sources of computer engineers, some companies say they’ve struggled at times to make all the hires they need.

“When you’re only looking in Sacramento, sometimes it’s hard to find tech talent,” said Harris, the DialSource executive. But that’s starting to change: “The applicant pool is tremendous right now.”

Agricultural tech entrepreneur Angel Fernandez i Marti would seem to have no trouble recruiting employees. His young company, MyFloraDNA, is housed in an incubator at UC Davis, in an area where there’s no shortage of graduates who know their way around ag-tech. The company creates DNA testing for companies seeking to breed better tomatoes and fruit.

But even he’s enthused about the idea of more tech workers heading east. As MyFloraDNA scales up, it will need more computer science expertise, he said.

“Of course it’s going to help us — people from Berkeley, people from Stanford,” he said. “They are looking for new opportunities.”

Alex Guberman works at the intersection of technology and information.

He hosts the E for Electric news site and YouTube channel where he reports on developments in the electric-vehicle industry. His car talk reaches an audience of 500,000 on TikTok, the video-sharing app. He’s a “brand ambassador” for the Los Angeles Auto Show, meaning he promotes the prestigious show on social media.

He does all this from his home in Natomas.

Guberman, 43, moved to Sacramento two years ago after working as a software engineer in Silicon Valley. He said the relatively inexpensive housing available in Sacramento has made all this possible.

“If I were to return to the Bay Area, that would not be sustainable,” he said.

He has plenty of company. About 153,000 people left the Bay Area or Silicon Valley and moved to the four-county Sacramento region from 2014 through 2018, the latest census estimates show.

The migration seems to be accelerating. A recent survey by real estate firm Redfin showed that 22 percent of the Bay Area residents looking to buy a new home were considering moving to a new city, with Sacramento as their top destination.

Looking to rent? Apparently quite a few Bay Area residents are scouring the Sacramento listings for apartments. Rental rates in Sacramento have risen 8% in the past year, to an average $1,360 for a one-bedroom, according to apartment tracker Zumper.com. Rates have fallen 12% in San Francisco, to $3,280 for a one-bedroom, Zumper said.

“The pandemic seems to have shifted apartment demand away from the most expensive markets,” said Zumper data analyst Crystal Chen in an email. “As more and more companies move into remote work, many renters don’t want to pay the big city price tag when they are unable to use the amenities and are looking for more affordable and spacious options outside of large, metropolitan areas. Sacramento is one of those cities.”