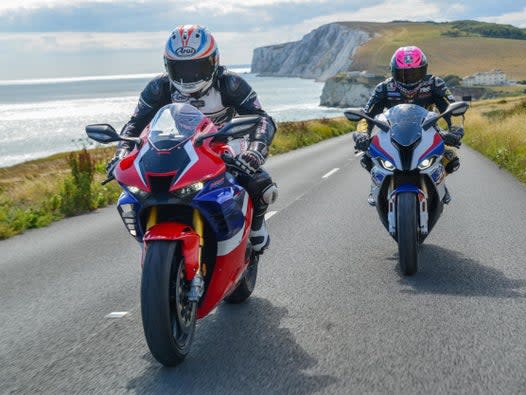 The Isle of Wight will stage a four-day road racing festival at the end of next season, with the new Diamond Races set to follow in the footsteps of the Isle of Man TT.

Set on a 12.4 mile course that runs through the villages of Chale, Kingston, Shorwell and Brighstone that includes a five-mile stretch on the Military Road overlooking the south-west coast, the Diamond Races will feature superbike, supersport and lightweight races on an annual basis from October 2021.

The event will run a schedule similar to that of the North West 200 road races in Northern Ireland, in that two days of practice – on Wednesday and Thursday – will be followed by a feature race day on Saturday, albeit in a time trial format that is more commonly used at the TT.

With all high-level planning approvals in place, organisers are now looking to finalise course safety requirements, the racing format and spectator facilities, while investment opportunities will be opened later this year.

There are plans in place for an electric bike event in the future, while there will also be both a sidecar demonstration run and a mass demonstration for motorcycle riders to get a taste of the action alongside established racers under safe conditions.

The idea has been in the works for some time thanks to co-founders Paul Sandford and James Kaye – the former British Touring Car driver – and has received full backing from the Isle of Wight council to be staged next year.

“As an Isle of Wight local resident, I am very excited to welcome motorsport fans from across the globe to this beautiful island, for what is sure to be an unforgettable weekend of racing action and entertainment for the whole family,” said Diamond Races chief executive Sandford.”

Familiar faces from the road racing community have already signed up to be involved in the project, with TT Clerk of the Course Gary Thompson appointed in a similar role for the Diamond Races. Two-time TT winner Steve Plater will work as rider liaison and safety advisor, having already had a taste of the track after riding it alongside current road racer James Hillier, while former Honda boss Neil Tuxworth will take care of team liaison and recruitment management, with 21 years of race experience behind him as well as more than 60 TT wins as Honda racing manager.

“The Diamond Races is the culmination of years of hard work, dedication and planning by the whole team, and we’re very lucky to have the best of the best involved with its setup,” Sandford added. “No stone is being left unturned in striving to deliver a spectacular event which we have every reason to believe will be a regular back-stop to the island’s tourist season and put the Isle of Wight on the international motorcycle road racing map.”

Kaye, who also resides on the Isle of Wight, won the BTCC Independents’ Championship in 1992 and 1994 and added the Production title in 2002, and he will not be the only familiar name involved with current Honda driver and three-time BTCC overall champion Matt Neal also signed up as a race advisor.

With the event due to be staged the week after the finale of the British Superbikes championship, dates will be confirmed once BSB announce their plans for 2021, meaning the likes of Peter Hickman and Dean Harrison will have the option of competing on the island straight after the final round at Brands Hatch as they continue to juggle road and track commitments.

The news is a major boost for international road racing, which has seen its calendar depleted over the last few decades due to safety concerns and the scale of money and disruption required to stage such an event on public roads.

But with the Isle of Wight approving the Diamond Races in the hope that it will provide the perfect end to a summer that also features the Isle of Wight music festival and famous Cowes Week, the event looks set to join the TT and the North West 200 in becoming key dates on the race calendar.

“We have been working behind the scenes for quite some time now with event specialists looking into the feasibility of such a race meeting, and we are very excited that we can announce another first for the Isle of Wight,” said Dave Stewart, leader and Cabinet member for strategic partnerships of the Isle of Wight council.

“We are committed to developing and expanding the island’s economy and this event is sure to thrill local enthusiasts as well as attract visitors from the mainland and indeed northern Europe, which will help to extend the island’s tourist season and provide another boost to our economy in the final quarter of the year. Our emphasis will be on the safety of the event and I am pleased that the organisers are keen to work with us in the coming weeks and months to promote safe motorcycling here on the Island.”

More than 46,000 tourists attend the Isle of Man TT each year, which in 2019 pumped £4.8m into the economy, with the Isle of Wight hoping for a similar financial boost once the event is up and running.