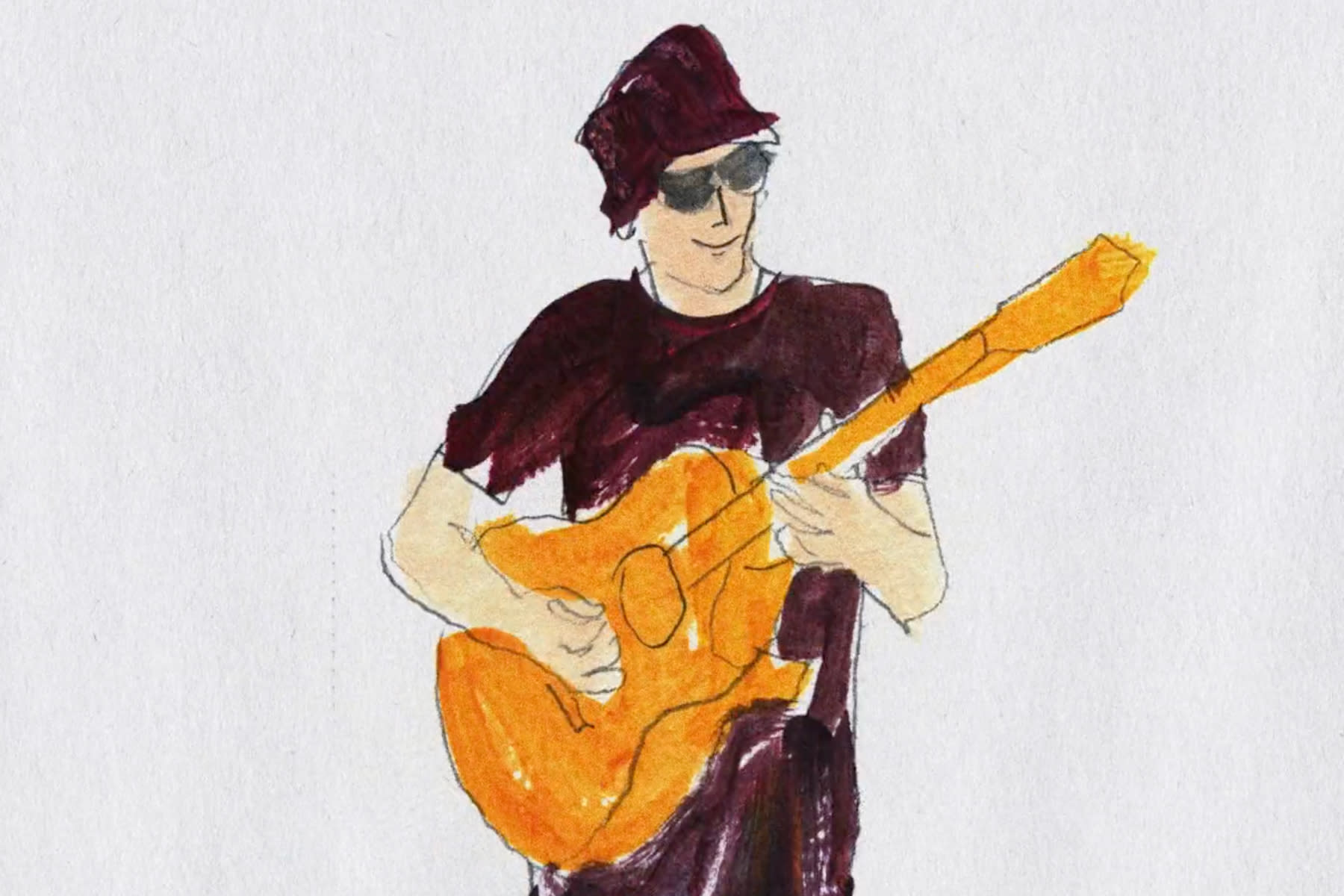 Joe Satriani morphs into otherworldly creatures in the animated video for “Yesterday’s Yesterday,” a track off his latest album, Shapeshifting.

Directed remotely by his son, ZZ Satriani, the clip begins at the doors of “Joe Satriani’s Shapeshifting Club,” which open across the song’s buoyant whistling. Animated drawings of Satriani appear, as he strums his acoustic guitar and rapidly shifts into different forms, including a yellow alien.

At 3:30 pm E.T. Thursday, Satriani will appear on an episode of his Club Joe streaming series to discuss the video. “I’m so happy to debut the video for ‘Yesterday’s Yesterday,’ an upbeat and hopeful song about reliving good memories from better days,” he said in a statement.

Satriani released Shapeshifting in April amid the pandemic. “It’s crazy good fortune that all of us were able to finish this album when we did,” he told Rolling Stone. “It would have been devastating, and I know it has been for so many artists just about finished or right in the middle of a project and they had to stop. It’s a horrible thing, but we were fortunate to have everything finished and ready to come out April 10th.”

“So I’m thinking I’m not going to do a concert in front of a laptop,” he continued. “It would be such a letdown, and plus, I’ve already got the album and we shot a lot of footage. Let’s just show people all the good stuff, because that’s what we were planning on doing anyway.”