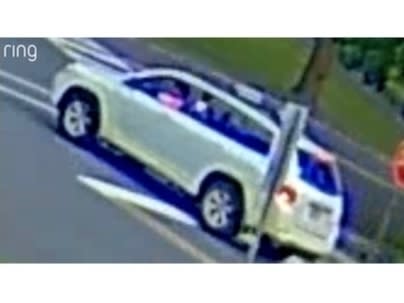 FANWOOD, NJ — The Union County Prosecutor’s Office and the Fanwood Police are “gathering more information” after a Fanwood father says a man allegedly yelled racial slurs at his 11-year-old son who was riding his scooter last week. (Video of the wanted car and man are below)

Authorities began to look into the incident after Fanwood resident Ryan Powell, who is Black, said his 11-year-old son was yelled at on July 14.

The Union County Prosecutor’s Office said it is “aware of this matter, and is working in tandem with members of the Fanwood Police Department to gather more information,” UCPO Spokesman Mark Spivey said.

“All allegations of bias-related incidents reported countywide are handled with the utmost seriousness via review by the Prosecutor’s Office’s Bias Unit, which works to determine whether a criminal offense may have occurred,” he said. “Any citizen who believes that such an incident may have taken place is urged to contact their local police department.”

The 11-year-old went out to ride his electric scooter around 8 p.m. on July 14, which is something he and his 10-year-old sister do often, his father said.

“The electric scooter was a COVID purchase to keep the kids busy,” Powell said.

After about 20 minutes, his son returned home “pretty terrified.”

When his son was riding in the area of Farley Avenue and Paterson Road, Powell says a man, described as white with brown hair and a brown beard and who was driving a late model Toyota Highlander, rolled down his window and began to “verbally attack” Powell’s son with racial slurs.

The man allegedly made statements such as “Get the F— out of the road” and insinuated the son doesn’t live in the Fanwood neighborhood, Powell said.

The man followed Powell’s son all the way home while yelling at him and can be seen on the family’s Ring camera as the son pulled into the driveway.

As the man drove away he yells at the boy saying, “That’s not even your driveway,” Powell said.

“It’s bad. It’s verbally, racially charged abuse. That’s bad enough and then to follow a minor home is for one, scary and beyond unacceptable,” Powell said.

Powell immediately reported the incident to the Fanwood Police and also went door-to-door to his neighbors to see if anyone else had information or footage of the man or vehicle.

Powell says his children are now afraid to go outside. Powell’s daughter has told him that she is “afraid the bad man will try to hurt her.”

“It’s very frustrating, you are trying to do all the right things,” Powell said. “As a parent, it’s disheartening that at 11-year-old my son has to carry this on his little shoulders.”

Powell is hoping to shed some light on what happened and make people aware. He is also hoping someone will be able to find the wanted man. Powell is asking anyone who has any information on this man or has any video of the vehicle to contact the Fanwood Police at 908-322-5000 and mention case number 2020-062941.

The UCPO has since taken over the police department.

Fanwood Mayor Colleen Mahr or the Fanwood Police did not respond to Patch’s request for comment.

Get Patch breaking news alerts sent right to your phone with our new app. Download here. Don’t miss local and statewide announcements. Sign up for Patch alerts and daily newsletters.

This article originally appeared on the Scotch Plains-Fanwood Patch