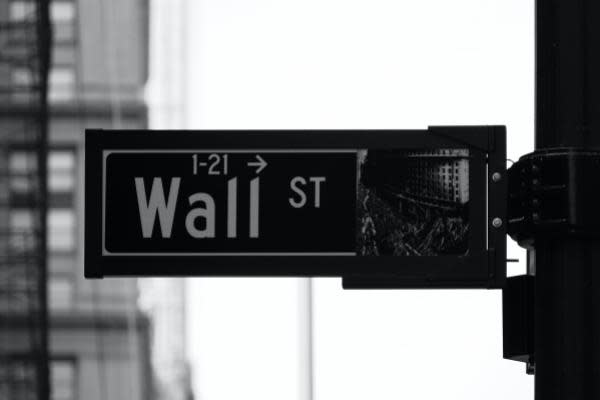 The market’s age-old nemesis, tension with China, threatens to derail what started out as a pretty decent week. Earnings take center stage later on.

The U.S. ordered China’s consulate in Houston shut “to protect American intellectual property.” China threatened to respond. It’s unclear if this potential tit-for-tat threatens the trade deal Beijing and Washington signed early this year, so stay tuned. In fact, it wouldn’t be too surprising if this relationship has more bumps in the road as the U.S. election approaches.

Today is kind of back-loaded, meaning much of the big news won’t drop until after the close. Tesla Motors Inc (NASDAQ: TSLA) and Microsoft Corporation (NASDAQ: MSFT) earnings following the bell both loom large and could have a lot to say about where things go the rest of the week. Many eyes will be on TSLA and MSFT, but especially on TSLA considering the run it’s had.

Eyes are also on crude, which is lower this morning after hitting four-month highs yesterday. A private industry report showed stockpiles climbing much more than expected last week, bringing some pressure. The official weekly U.S. stockpiles number comes out later this morning and might be worth a look, because rising stockpiles could suggest softer demand. U.S. crude was recently down 1.5%.

Plugged in for Tesla

The Netflix Inc (NASDAQ: NFLX) earnings disappointment last week might have left a sour taste in some mouths. With such an amazing influx of investment in the FAANGs and mega-cap Techs so far this year, traders and investors might be wondering whether these prices are sustainable, and whether guidance from these firms will look as rosy as people hope.

TSLA shares have had a bumper few weeks after erasing all their coronavirus-spurred losses. But there’s been such a high-voltage jolt to the upside that heading into earnings you kind of wonder if the momentum can continue. That’s a little less the case for MSFT, though that stock’s also had a pretty amazing ride lately.

Looking back at yesterday, it wasn’t too surprising to see MSFT, TSLA, semiconductor firms, the FAANGs, and Tech in general cool down a bit. As we noted in Tuesday’s column, a little profit taking after Monday’s huge Nasdaq rally looked like a possibility going in. Plus, so many earnings reports are coming out in this sector that people might be hedging a bit.

After a little softness yesterday, one question is whether the Tech sector can regain some of its Monday mojo. A firm earnings report late Tuesday from Texas Instruments Incorporated (NASDAQ: TXN) suggests a rebound is possible, though the stock didn’t exactly go gangbusters in pre-market trading.

TXN had a solid quarter as far as beating Wall Street’s projections. Even more important, maybe, was its strong guidance, which also came in ahead of analysts’ expectations. It wouldn’t be surprising to see the semiconductor sub-sector of Tech get some traction from this.

Another thing to consider watching today is whether Energy can build on Tuesday’s impressive performance. The 6% sector leap was fueled in part by European stimulus that raised hopes for economic gains there that could potentially raise crude demand. Another factor was Chevron Corporation (NYSE: CVX) getting a 7% boost after announcing a $5 billion purchase of Noble Energy, Inc (NASDAQ: NBL), a move some investors hope can cut costs.

Energy remains the worst-performing sector over the last month and year-to-date. There’s no reason to necessarily think this trend can change on a dime after one strong day. For these stocks to really turn up the dial, we’d probably need to see crude prices way above their current levels. A little strength in Treasury yields and signs of a U.S. fiscal stimulus package coming together quickly wouldn’t hurt either, necessarily. Some analysts say the late selloff Tuesday reflected concerns a stimulus here might take longer to come together.

If you’re a sector watcher, it does seem positive that Materials and Industrials are two of the leaders over the last week, outpacing Information Technology. It might be a good idea to keep monitoring that in the coming days as a bunch of big Tech and Communication Services companies are due up at the reporting table and might start hogging the headlines.

One thing to consider is that the Cboe Volatility Index (VIX) posted a 1.5% gain Tuesday despite the S&P 500 Index finishing in the green. Lately, this combination has sometimes signaled selling ahead. However, past isn’t necessarily precedent.

Looking across the Pacific, China’s stock market has settled down a little after last week’s spike, but remains pretty elevated compared with where it was, say, a month ago. It could conceivably continue being an influence on U.S. stocks, so consider keeping an eye on things over there.

If there’s any pattern at all lately, it’s investors seeking positive news and embracing it. That’s basically the opposite of what we usually see in the market, where rallies often climb a wall of worry. Yesterday, for example, some of the department and sporting goods stores, which many investors left for dead in the first weeks of the pandemic, gained ground on a random piece of good news. Foot Locker, Inc (NYSE: FL), Kohl’s Corporation (NYSE: KSS), Dicks Sporting Goods Inc (NYSE: DKS) and Nordstrom, Inc (NYSE: JWN) scored big advances.

The happy tidings came from Hibbett Sports (HIBB), which forecast 70% same-store sales growth based on pent-up demand and stimulus checks, according to MarketWatch. Shares of that company initially rallied 18% on the news and then settled for a 13% daily gain.

Does this little glimmer of hope mean anything for the brick-and-mortar stores overall? Maybe, though some of the gains HIBB forecasts are in online sales. One thing that might help brick-and-mortar is that expectations are so low. When that’s the case, even beating diminished expectations can sometimes give stocks a boost.

The other thing to keep in mind is that a lot of consumers still aren’t happy buying clothes and shoes online. They want to go in and try them on. However, with some states starting to pull back reopening, it’s unclear if Q2 gains in store visits can roll into Q3.

CHART OF THE DAY: GREENBACK WEAKENS TO KEY LEVEL. The U.S. Dollar Index ($DXY—candlestick) has been losing ground in recent weeks, and now finds itself knocking at the 95 level—the level it fell to at the front end of the coronavirus selloff in March. Going back further, the 95 level was a key resistance level on the way up. Data source: ICE Data Services. Chart source: The thinkorswim® platform from TD Ameritrade. For illustrative purposes only. Past performance does not guarantee future results.
Dollar Knocking on the Door of Key Support: Anyone shopping overseas could be in for some bargains if the U.S. dollar keeps losing ground (see chart above). The dollar index gave up another 0.7% yesterday and hovers just above 95. The dollar index fell below 95 for a blink of an eye in early March, then charged ahead to nearly three-year highs above 100 as many investors embraced cash during the stock market meltdown.

It’s tempting to view the dollar’s recent weakness as a positive sign that people aren’t buying up the currency to hide under their mattresses. However, if the dollar falls much lower, that could hurt some international stocks because U.S. import demand sometimes falls when a low dollar makes overseas goods and travel more expensive. Anyone who visited Europe about 10 years ago when the dollar fell below 75 can probably sympathize.

Can Big Tech Earnings Live Up to High Hopes? What’s interesting heading into mega-cap Tech earnings with Microsoft later today and Amazon.com Inc (NASDAQ: AMZN) and Apple Inc (NASDAQ: AAPL) approaching soon is seeing so many analysts giving upgrades going in. That’s a somewhat risky move on their part, and isn’t something that normally happens. One worry is it could set some of these stocks up for a “buy the rumor, sell the fact” kind of scenario when they actually do report, especially if they can’t live up to the high expectations being set.

If stocks that have been the leaders come up short of these expectations, it could end up being a head-scratcher. The other side of the argument is that with 10-year yields still hanging around 0.6%, people are looking for capital appreciation where they can find it and the mega-Techs are a place people tend to trust. In a weird way, these mature Tech stocks have become a bit of a safety play amid the pandemic.

Define the Possibilities: No one can time the market, but you can define the time you plan to be in it. Unfortunately, many investors aren’t necessarily doing that. Say you’re looking at the travel sector, which has been among the hardest hit of anyone by coronavirus. A lot of people have been snapping up these stocks as travel restrictions ease, but with so much uncertainty still around, it’s important to have timing in mind.

For instance, if you’re trying to take a quick hit on a travel stock, you might be taking a lot of risk considering what United Airlines Holdings Inc (NASDAQ: UAL) and American Airlines Group Inc (NASDAQ: AAL) have been saying lately and UAL’s weak Q2 reported late Tuesday. But if you go in planning to hold on and thinking maybe in two to three years even international business travel might be making more sense, then it’s potentially not so risky a venture. Too often, however, people don’t keep their time frames in mind. They tell themselves it’s a long-term investment, but they don’t define their timing. In these uncertain times, doing that is more important than ever.

Defining the risk you’re willing to take is also key. Right now, TSLA shares are riding high ahead of earnings this afternoon. However, the options market has priced in an expected share price move of 12.6% in either direction around the earnings release, according to the Market Maker Move™ indicator on the thinkorswim® platform. As an investor, do you have the stomach to handle such a big move against you if things go the wrong way? Not enough people consider that.

Photo by Patrick Weissenberger on Unsplash