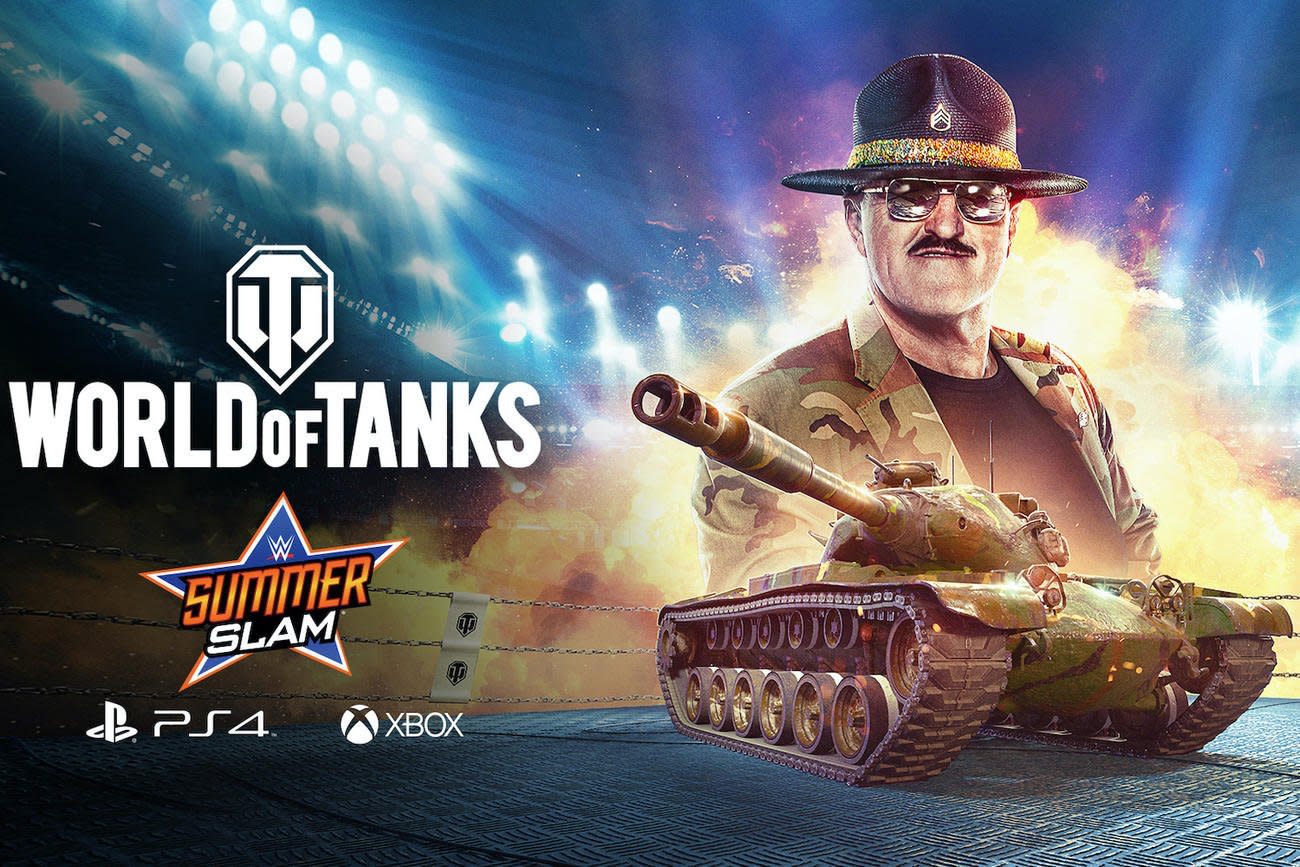 Wargaming’s World of Tanks is beloved by players for its attention to historical detail, but that seriousness doesn’t mean it can’t loosen up the game every once in a while to have a good time.

WWE legends Sgt. Slaughter, Andre the Giant, “Stone Cold” Steve Austin, The Undertaker and Becky Lynch have inspired new tanks with designs based on their wrestling personas. The game will also offer legendary Superstar collectible crews and new garages to go with the new tanks.

Perhaps because the game’s most serious players are on the PC, the SummerSlam! event is happening on the World of Tanks Console version for PlayStation and Xbox. The “Stone Cold” Steve Austin tank will be free for all players.

Wargaming pioneered the free-to-play gaming model for serious players. Once they’re hooked on World of Tanks, players can purchase special upgrades to make their vehicles stand out on the virtual playing field.

JJ Bakken from Wargaming Chicago is excited to have the WWE superstar on board. “Sgt. Slaughter’s image is perfect for a World of Tanks tank design as-is. His visual style embodies a lot of great touchstones we use to design tanks already, like camouflage and the Red, White, and Blue, etc. Creating a Sgt. Slaughter design was mostly a matter of deciding which vehicle (an American tank, of course!) and the Sgt. Slaughter imagery to use. We chose to include the Sgt. himself. What better way is there?”

The SummerSlam! event will continue until Sept. 21, and WWE fans will be happy to hear that August will see Wargaming add WWE superstars as commanders with special skills. Get ready for Roman Reigns, “Macho Man” Randy Savage, “Rowdy” Roddy Piper, Shawn Michaels and Ric Flair. WOOO!

SummerSlam! will be available via the game’s Update 5.0, which will also introduce cross-play between PlayStation 4 and Xbox One users, giving players the opportunity to pit their skills against one another in an expanded player base with quicker matchmaking speeds across all tiers. For real-time-strategy fans, the popular Commander mode returns, allowing players to get a different angle on the intense tank fighting and tactics.

Keep Up With the Best in Military Entertainment

Whether you’re looking for news and entertainment, thinking of joining the military or keeping up with military life and benefits, Military.com has you covered. Subscribe to the Military.com newsletter to have military news, updates and resources delivered straight to your inbox.