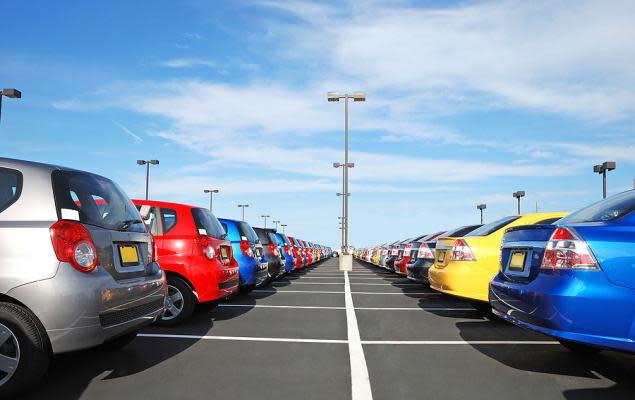 In addition to investors piling on electric vehicle (EV) stocks, various states and governments also appear to be positively charged about the potential of green vehicles. Last week, 15 states and the District of Columbia recently signed a joint memorandum of understanding (MOU) in a bid to support electrification of vehicles for fighting climate concerns. The MOU is aimed at accelerating the deployment of electric medium- and heavy-duty trucks, as well as other vehicles. The group aspires to achieve 100% transition to electric trucks and buses by 2050, with an interim target of at least 30% zero-emission medium- and heavy-duty truck sales by 2030.

Meanwhile, the second-quarter earnings season has kicked off for the auto sector, with Autoliv posting quarterly results last Friday. With driverless and e-mobility technology gaining traction, Navistar-TuSimple partnership and Volkswagen-Fisker deal talks have grabbed the limelight.

Recap of the Week’s Most Important Stories

Navistar International Corporation NAV announced that it has reached a partnership with TuSimple. The companies aim to develop SAE Level 4 self-driving trucks, whose production is targeted to start in 2024. Additionally, Navistar took a minority stake in TuSimple. The partnership will offer a completely integrated engineering solution that is designed for mass-production, using the innovative autonomous technology of TuSimple and manufacturing capabilities of Navistar.

Penske Automotive PAG anticipates reporting earnings per share from continuing operations of 52-57 cents for the three months ended Jun 30, 2020. The strong performance in June is due to a strong operational focus on controlling costs, managing vehicle inventory and maximizing gross profit.Sales of new and used units in June improved from May in the United States. In the U.K., since the reopening of dealership showrooms, sales of new and used vehicles, vehicle grosses, and service operations have been robust.

Volkswagen AG VWAGY is in talks to team up with EV startup Fisker to enable the usage of its modular electric-drive matrix (MEB) platform for Fisker’s upcoming SUVs.If the deal works out, it will allow Fisker to slash costs and reduce manufacturing time for its debut model, the Ocean sport utility vehicle. Fisker plans to go public, following a deal backed by private equity group Apollo Global Management. The firms recently announced that this $2.9-billion transaction will conclude by the end of 2020.

Fiat Chrysler FCAU and Peugeot announced that they would rebrand as ‘Stellantis’ post their merger. While the combined automotive group will be called Stellantis, the names and logos of its constituent brands will remain unchanged. The merger, which is scheduled for closure in first-quarter 2021, will create the fourth-largest car manufacturer in the world. The companies are yet to unveil the new logo associated with ‘Stellantis’ that will become the corporate brand identity after the mega-merger.

Autoliv, Inc. ALV reported second-quarter 2020 adjusted loss of $1.40 cents per share, a penny lower than the Zacks Consensus Estimate. The company had reported earnings of $1.38 per share in the year-ago quarter. The company reported net sales of $1,047.6 million in the quarter, down from the prior-year figure of $2,154.7 million. However, the figure beat the Zacks Consensus Estimate of $999 million. The company expects to face headwinds in second-half 2020 amid lower inflator sales, and high depreciation and amortization costs. Nonetheless, cost-containment efforts are likely to provide some respite.

The following table shows the price movement of some of the major auto players over the past week and six-month period.