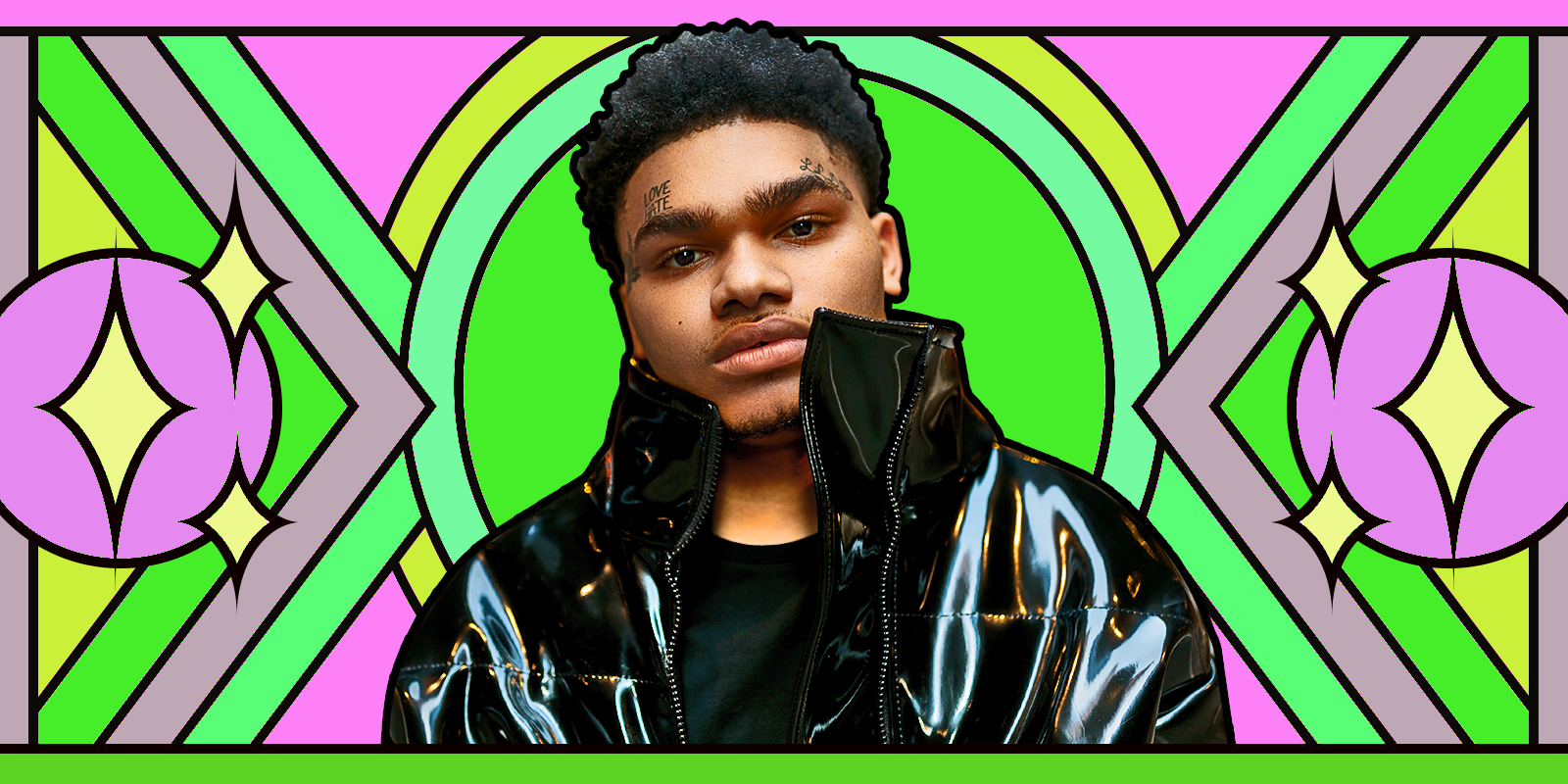 The main struggle in NoCap’s music revolves around the realization that money and expensive things don’t heal his pain like he thought they would. On the Mobile, Alabama rapper’s new mixtape, Steel Human, it feels like he’s getting heavy things off of his chest with every gloomy punchline. But his delivery is so dead serious that I can’t help but find it unintentionally funny when he gets sad about rich-people things, as he does on the following lines.

“If I leave the game, will my Xbox love me?” (“Instagram Models”)

The pain: NoCap doesn’t trust anybody. He’s constantly wondering about whether his Instagram model girlfriends and ex-girlfriends would still love him if he fell off.

The funny: The line also doubles as a goofy pun about switching off an Xbox video game. The best NoCap one-liners are simultaneously deep and dumb.

The pain: NoCap can’t even enjoy his new ride without hearing voices in his head.

The funny: We know rappers just love Hellcats because the name sounds cool in deep punchlines like this.

“Just ’cause I’m rich, they think all my damn problems gone/Nigga, I still shed tears in this Vlone” (“Radar”)

The pain: Once again, NoCap can’t find a distraction from his problems.

The funny: Imagine crying in Vlone.

This past weekend I came across a video clip of a busy street in Astoria, Queens—no social distancing was in effect, and, of course, the soundtrack to this chaos was Sheff G and Sleepy Hallow’s “Breaking Bad” blaring from a car radio. Even though I’ve spent much of this New York summer inside, when I do go out, I inevitably hear the sounds of this Flatbush, Brooklyn duo. On “Make It Happen,” the pair’s newest track, their deep baritone voices smoothly flow on an acoustic guitar-sampling Great John beat. Carried by Sheff and Sleepy’s electric chemistry, the song feels primed to join “Breaking Bad,” “Molly,” “Deep End Freestyle,” and “Moody” in their seemingly endless list of local hits. A lost summer can’t stop their moment.

Rich the Kid needs to be stopped

Remember when buzzkill maestro Rich the Kid was trying to convince us he was the fourth member of Migos? Or when he somehow squeezed himself into the only collaboration between Playboi Carti and Kodak Black? Or when he wouldn’t stop jumping on Jay Critch songs? I do. My heart beats fast just thinking about it.

This week, Rich struck once again. On Sheff G’s “Say That,” he arrived with that same old-ass triplet flow he’s been using since the days when bucket hats were in style. Something needs to be done about this menace. Nothing too extreme, maybe just not allowing him access to recording studios while other rappers are in them, or banning him from Instagram DMs—where I imagine he’s persuading a new rapper to collab as I write this. Whatever the solution may be, we need to act fast. Rich the Kid doesn’t rest, and neither should we.

The most exciting moment on Baby Smoove’s I’m Still Perfect is when he gets an Off-White package in the mail. I don’t think any Baby Smoove songs take place outside of his house; he seems to spend most of his time on the couch, rolling up backwoods and playing video games. “I’m chillin’ in the house, my fit still a bag,” he raps on “I Can’t Believe It But It’s True.” Even when he appears to be getting ready to do something, I don’t think he actually does it: “High as hell with my niggas, we might go to Vegas,” he says on “Settle Down, Pt. 2.” And somehow, despite the mundanity, I’m Still Perfect is at its best when it just feels like you’re spending a day with Smoove. Not since Curren$y’s “Breakfast” has staying inside sounded like such a good time.

Amaarae’s music makes me miss sweaty nights on the dancefloor. Since her 2017 debut, Passionfruit Summers, the Ghanian-American singer has sprinkled her bright touch on some of West Africa’s best pop music (see: Santi’s “Rapid Fire” and Odunsi’s “Body Count”). On “Leave Me Alone,” the first single from her upcoming album The Angel You Don’t Know, her melodies are mango-sweet, the dancehall rhythm is a DJ-set cheat code, and her lyrics feel both personal and universal: “Too much energy being wasted, too much time/Too many enemies form friendship, flooding my lines up,” she sings, finding solace in solitude.

Drake’s Arabic bars on “Only You Freestyle”

Bfb Da Packman and Dice Soho: “Made Me Mad”

Bfb Da Packman, a full-time Flint, Michigan-based mailman, recently made one of the year’s best rap songs: last month’s Sada Baby-assisted “Free Joe Exotic.” Take a listen; you’ll either become completely obsessed with Packman or you’ll want to boycott Pitchfork for even suggesting it. If you’re in the former category like me, then I have great news. His follow-up has arrived with an opening couplet for the history books: “Right now I’m hungry, I need a Mac sauce on a double cheese/One time for fat niggas that look up to me,” he raps, making it easy to imagine him cracking jokes with the Fat Boys in 1985. But Packman is not a throwback, and only in the 2020 Michigan rap scene will everyone rap along when you say, “My kids kinda ugly, had to ask her if they’re really mine.” So have some fun and embrace Bfb Da Packman—unless you’re one of his kids.

Since the term “mumble rap” emerged in the early 2010s as a way to lazily explain the rise of artists like Chief Keef and Future, it has been a meaningless catch-all meant to disparage non-traditional forms of rap. The term does not define a subgenre, and it has only attempted to limit hip-hop. It’s time to retire “mumble rap.”