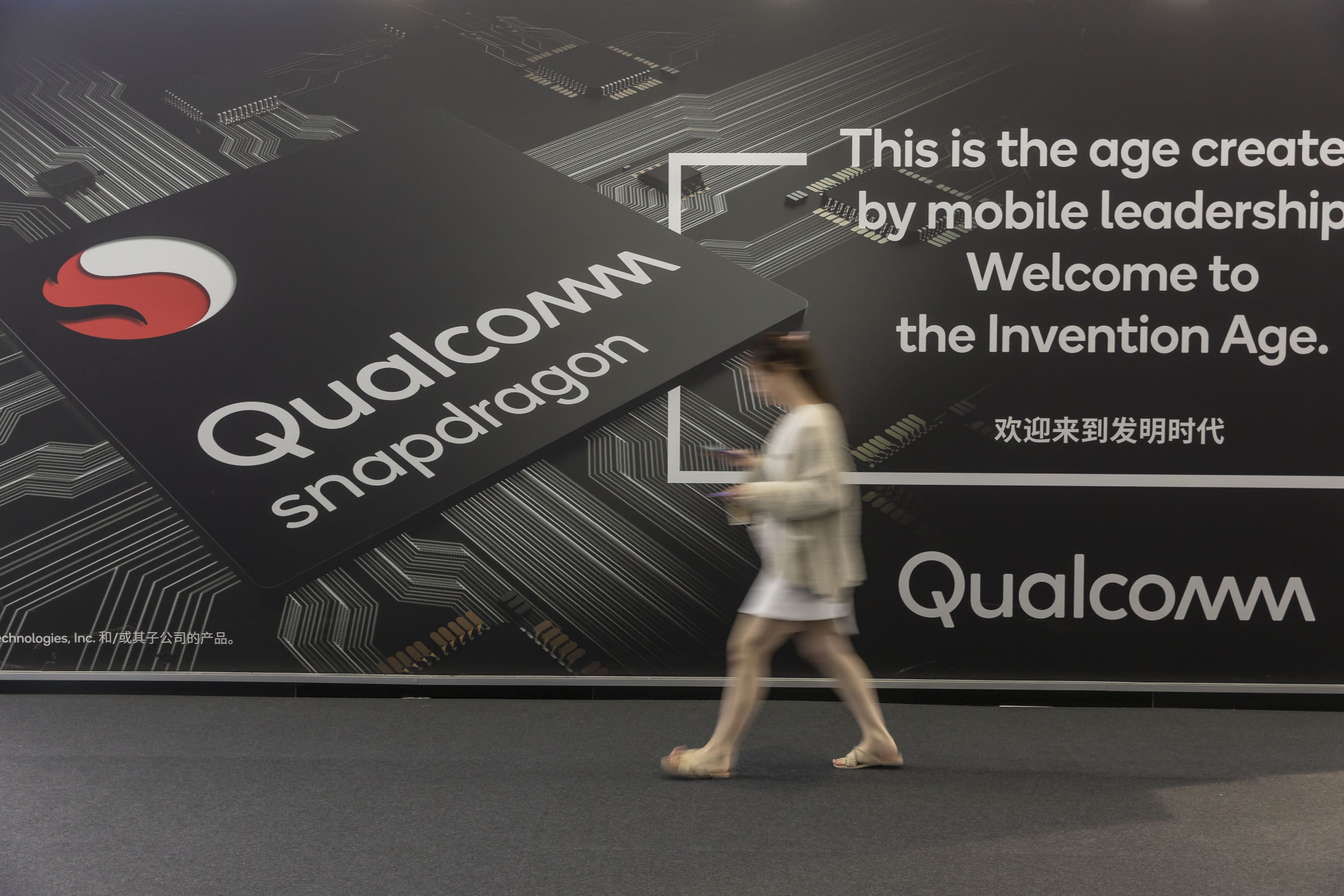 Revenue excluding certain items will be $5.5 billion to $6.3 billion in the period ending in September, the San Diego-based company said Wednesday in a statement. Analysts, on average, estimated $5.77 billion, according to data compiled by Bloomberg. Including back payments from Huawei, sales will be $7.3 billion to $8.1 billion, the company said. Profit, excluding some items, will be $1.05 to $1.25 cents a share.

The smartphone industry, which has suffered declining unit shipments since 2016, is pinning its hopes for a rebound on 5G, which will bring faster data speeds for consumers and add connections and services to currently stand-alone electronics. Investors are looking at Qualcomm, whose chips are the main component in smartphones, for assurances that major markets are ready to build out 5G networks as the world economy emerges from the coronavirus pandemic.

“The recovery that we’d forecast from Covid in the June quarter was stronger than we’d expected primarily on the strength of the developed world and China,” Chief Executive Officer Steve Mollenkopf said in a telephone interview. “And now we’re heading into the second inflection point which is more global launches of 5G.”

Shares jumped to a high of $106.50 in extended trading after closing at $93.03 in New York. Qualcomm’s stock had gained 5.4% this year, trailing a general rally by semiconductor companies.

Qualcomm provides the modems and processors that let handsets connect to networks and turn the data they receive into the smartphone features consumers have come to depend on. The company has said it’s the first to field 5G parts and aims to gain back market share that was eroded as the previous 4G network technology matured and its customers began to look elsewhere.

The chipmaker has repaired a once-broken relationship with Apple Inc. and will be returning to a role in the iPhone models debuting later this year. The company, however, has lost share in China as Huawei has focused on its home market and built devices with its own silicon.

The delay of the launch of one “5G flagship phone” will cause a “partial impact” on revenue in the current period, Qualcomm said. Bloomberg has reported that the next iPhone will likely debut later in the year than usual.

Qualcomm is unique in the chip industry because it gets the bulk of its profit from licensing patents that cover the fundamentals of modern phone systems. The company charges a percentage of the selling price of each handset, payable by phone makers regardless of whether they use its chips.The reach of its intellectual property and the profits they generate has attracted legal and regulatory challenges around the world. Most have been settled and with the “long-term” agreement reached this month with Huawei, Qualcomm said it has signed up all major phone makers to license its patents.

It is still seeking to overturn a sweeping U.S. antitrust decision against the company.