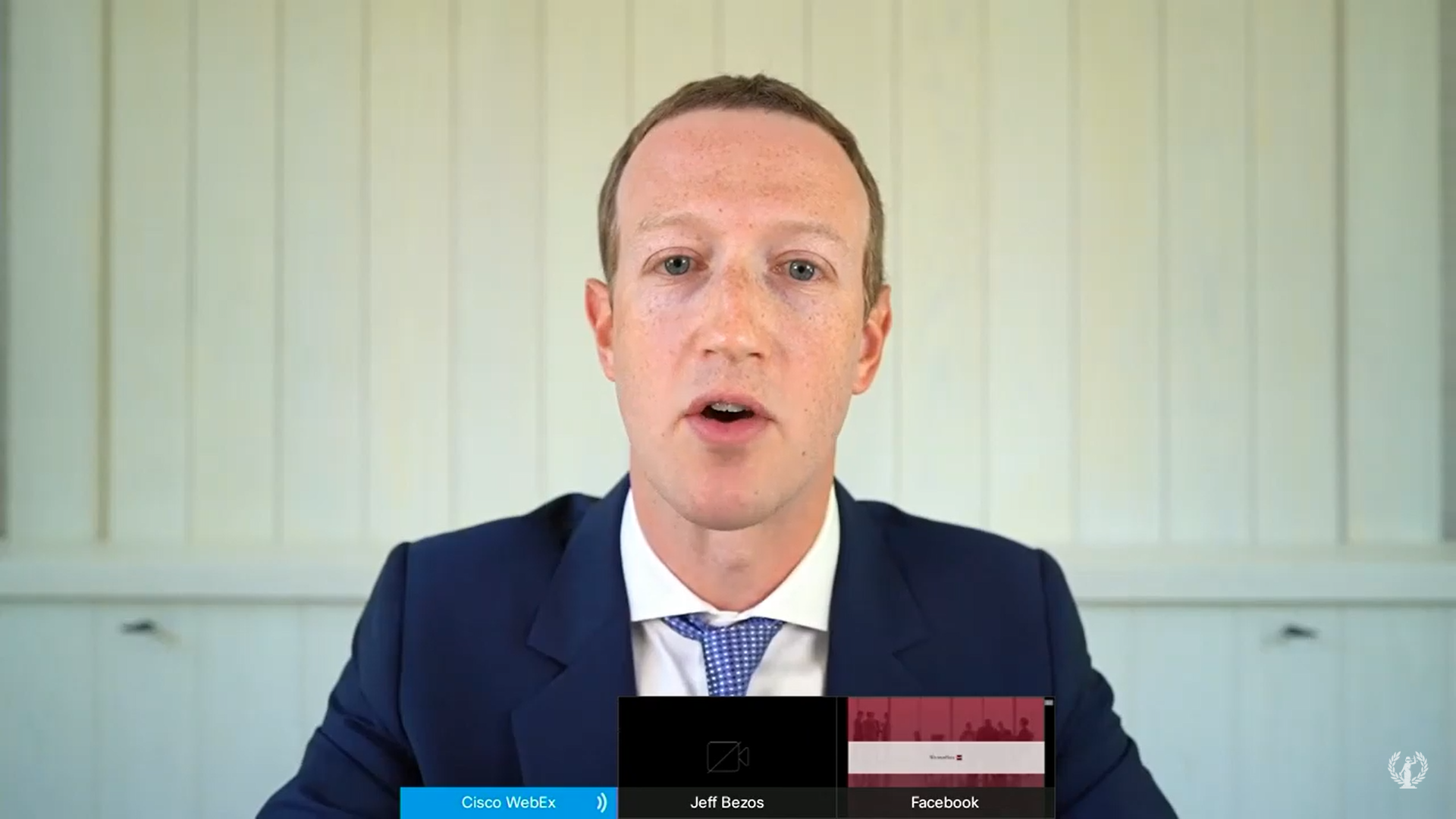 Facebook’s $1 billion deal to buy Instagram in April 2012 became a focal point of the House Antitrust Subcommittee’s wide-ranging antitrust hearing Wednesday with four major tech company CEOs. The committee disclosed emails from Mark Zuckerberg revealing that the Facebook CEO was concerned that the photo-sharing app would become a significant competitor.

“Facebook saw Instagram as a powerful threat that could siphon business away from Facebook, so rather than compete with it, Facebook bought it,” Nadler said. “This is exactly the type of anticompetitive acquisition that the antitrust laws were designed to prevent.”

According to documents obtained by the committee, the Facebook CEO had tried to pressure Instagram co-founder Kevin Systrom to agree to Facebook’s original acquisition price of $500 million, while Systrom told one Instagram investor that he feared that Zuckerberg would go into “destroy mode” if Systrom didn’t sell him Instagram. Zuckerberg allegedly told Systrom that Facebook was “developing our own photo strategy, so how much we engage now will also determine how much we’re partners versus competitors down the line.”

In an internal email Zuckerberg wrote in 2012, just prior to reaching the deal to formally buy Instagram, he wrote, “Instagram can hurt us meaningfully without becoming a huge business.” In another email, Zuckerberg said, “we can likely just always buy any competitive startups,” and joked that “it’ll be a while before we can buy Google.”

Responding to Nadler’s line of questioning Wednesday, Zuckerberg said, “I’ve always been clear that we viewed Instagram as both a competitor and as a complement to our services.” He said it was not a secret that Facebook was developing its own camera app at the time.

“I think the acquisition [of Instagram] has been wildly successful,” Zuckerberg said, adding, “It was not a guarantee that Instagram was going to succeed.” He also noted that the FTC, in 2012, had access to the documents Nadler cited and had approved the deal.

Later, Rep. Pramila Jayapal (D-Wash.) asked Zuckerberg whether he had ever threatened to copy an acquisition target’s product if they didn’t sell out to Facebook. She asked about Instagram and whether Facebook had threatened Snap CEO Evan Spiegel in such a way. Zuckerberg said he didn’t remember doing so.

However, Zuckerberg admitted that Facebook has, in fact, copied features from others. The company has “certainly adapted features that others have led in,” he said. For one thing, Instagram in 2016 added a “Stories” feature for 24-hour expiring posts, a copycat of Snapchat Stories, and Instagram is gearing up to launch Reels short-form videos a la TikTok.

The Facebook CEO, like the three other tech chiefs called to testify — Amazon’s Jeff Bezos, Alphabet/Google’s Sundar Pichai and Apple’s Tim Cook — participated via videoconference in the hearing, which stretched on for more than five hours Wednesday.

Meanwhile, Bezos was asked by subcommittee member Rep. Jamie Raskin (D-Md.) about talks with WarnerMedia about distributing HBO Max on Amazon Fire TV — and whether Amazon was using its status as a “gatekeeper” to demand content from WarnerMedia in return for getting the HBO Max app on Fire TV. Bezos replied, “I’m not familiar with the details of those negotiations” but said he thinks the companies eventually will reach an agreement.

Asked whether it was appropriate for Amazon to be using its “gatekeeper” status to extract additional terms in deal talks, Bezos responded that in general, “there could be scenarios, if we’re just talking in the abstract, where it could be  inappropriate and scenarios where it would be very normal business and very appropriate.”

Amazon has a policy prohibiting employees from using “seller-specific data to aid our private label business but I can’t guarantee you that that policy has never been violated,” Bezos said, adding that the company continues to look into the allegations “very carefully.”

Several Republican members of the Judiciary Antitrust subcommittee tried to press the Google and Facebook CEOs about supposed anti-conservative bias. Pichai and Zuckerberg denied their platforms’ algorithms or practices have anything to do with political affiliation.

GOP representatives also grilled Pichai about Google’s decision to drop a project for the Pentagon and alleged the company is working with China’s military. Pichai responded that Google does not work with the Chinese military and that Google is “deeply committed to supporting the U.S. military and the U.S. government.”