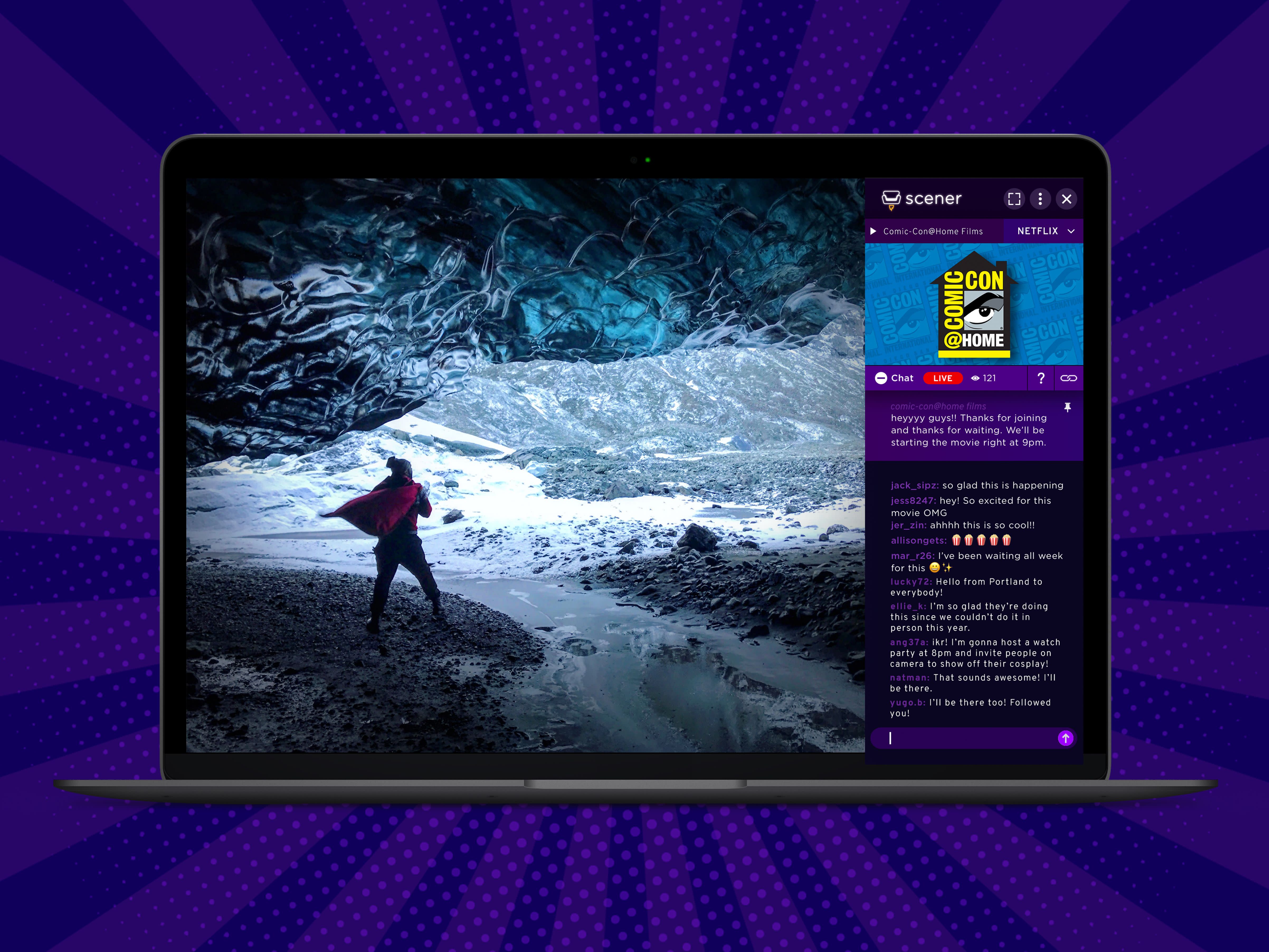 Scener, a Seattle-based startup that enables social viewing, has teamed with Comic-Con to become the exclusive co-viewing partner for its upcoming online event.

The company will host two tracks of library films and anime during [email protected], which runs July 22 to 26, with a capacity of up to 1 million simultaneous viewers, featuring live community chat. (See full list of films below.)

Scener has also expanded the roster of services it can connect viewers with to seven in total: Netflix, Disney+, HBO Max, Hulu, Amazon Prime Video, Funimation and Vimeo. (Subscriptions are required, of course.)

In recent months, Google Chrome extensions like Netflix Party and Scener have gained traction as viewers have craved social experiences while also boosting streaming consumption during COVID-19 shutdowns. Hulu and Amazon Prime have recently announced they are adding “party” features to their services in response to the trend. The social function can be accessed only on laptops, though a startup called Caavo is among the companies looking to capitalize on interest in social viewing via connected-TV setups like Roku and Apple TV.

“We’re excited to have Scener as part of the [email protected] initiative.” Said David Glanzer, spokesperson for the non-profit Comic-Con, “One of the major reasons for launching the online version
was to maintain the Comic-Con sense of community. Scener literally brings people together, so while we
may not be able to meet in person this summer, Scener allows us to meet, and share our passions
virtually.”

Scener co-founder Joe Braidwood called this “an exciting moment for fans of films and anime, giving
Comic-Con’s incredible community an opportunity to come together virtually while enjoying their
favorite entertainment content. We are thrilled to have Con-Goers be one of the first to experience our
new Watch Party Platform, a virtual space where friends and fans can meet, interact and host watch
parties, no matter where they are in the world.”