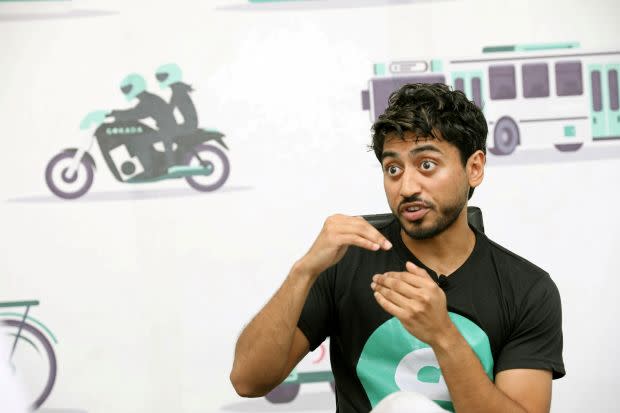 Fahim Saleh, the Bangladeshi-American tech investor and founder of Nigerian startup Gokada, was found dead and dismembered in his New York apartment in Manhattan’s Lower East Side on Tuesday (July 14).

Local police discovered Saleh’s decapitated body, parts of which were in plastic bags in the apartment, after his cousin asked for a check on his welfare, New York Post reports. An electric saw was also reportedly found in the apartment. Saleh, 33, purchased the Manhattan apartment last year for $2.25 million.

Until his death, Saleh led Gokada since founding the Lagos-based company in 2018. With a premise of providing on-demand, flexible transport service to get around the city’s hours-long traffic jams and congestion, Gokada soon became one of the most prominent bike-hailing startups on the scene. The company raised $5.6 million dollars from investors including Rise Capital, Adventure Capital, IC Global Partners and First MidWest Group.

But the company increasingly faced regulatory problems as local authorities initially proposed pricey annual licensing fees in addition to state-sanctioned levies to local transport unions before eventually banning motorcyle-hailing companies in January citing security and safety concerns. The decision saw Saleh release a series of videos protesting the ban in the hope of getting the government to revise the ban.

In one emotional video he described Gokada as growing a “beautiful community”. “It was really something that moved me to the point where I was okay putting all my money and all my effort in. Gokada is not just a business to me, it’s a mission.”

His efforts ultimately proved futile as Gokada though was soon forced to lay off a majority of its staff in the aftermath of the ban. Like some other bike-hailing startups in the space, Gokada soon pivoted to delivery and logistics.

Before founding Gokada, Saleh was part of a three-man team that co-founded Pathao, a popular super-app in Bangladesh which offers ride-hailing, parcel and e-commerce delivery as well as a food delivery service. After launching in Bangladesh in 2015, Pathao expanded to Nepal in 2018. But his first big success in tech came back in 2009, right after he graduated from Bentley University in Boston, when he developed PrankDial, a website that allows users prank call friends and family with different pre-recorded scenarios, and has since generated over $10 million in revenue.

Sign up to the Quartz Africa Weekly Brief here for news and analysis on African business, tech and innovation in your inbox