‘Step Up’ Creator Holly Sorensen Mourns Naya Rivera, Shares Stories Of “One Of The Coolest And Most Beautiful People We Will Ever Know” 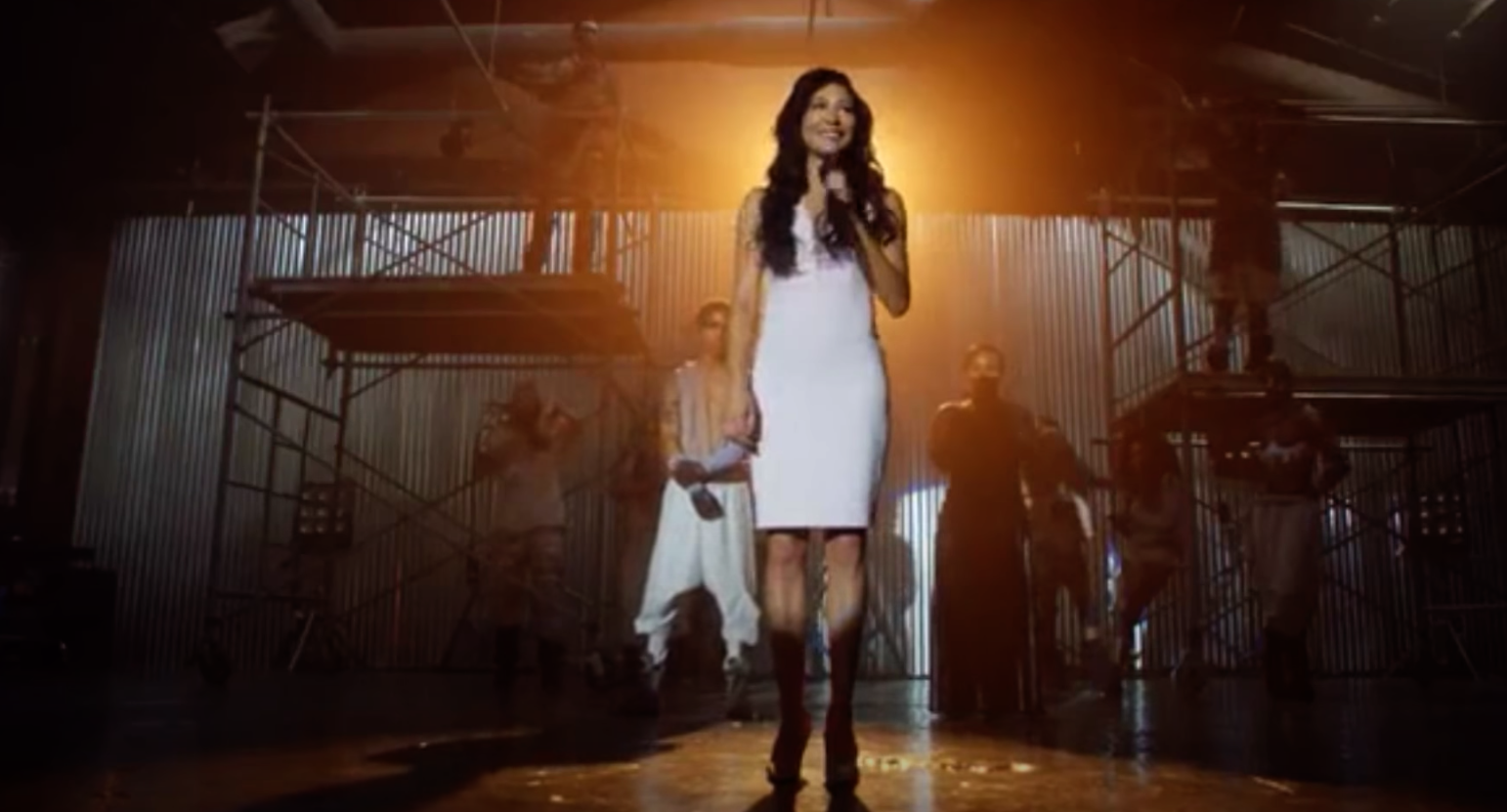 Four days after Naya Rivera’s body was found in Lake Piru, her family, friends and fans are still reeling from the sudden loss. When Rivera took the fateful July 8 boat trip with her young son, she was preparing to go into production on Starz’s Step Up, a new, reimagined installment of the series inspired by the popular dance movie franchise, which had aired on YouTube for two seasons. It was going to reunite her with her Step Up TV family, including creator/executive producer Holly Sorensen, who has been shepherding the writing of new scripts, EP Adam Shankman and the cast.

In a touching tribute, Sorenson provides an intimate look at Rivera as a person — a leader, a mentor and a supermom — by sharing several stories from the actress’ time on Step Up: High Water. Sorenson talks about Rivera’s casting on the show, about her ultimate professionalism on-set and deep compassion off-camera, as well as her vulnerability; Rivera was only 4 when, as a child actor on The Royal Family, she witnessed star Redd Foxx suffer a massive heart attack and die. Sorenson also recalls her final conversation with Rivera and shares a sweet personal story by Step Up cast member Terrence Green about how the Glee alumna transformed from a terrifying presence for up-and-coming performers on the show due of her star power to their biggest champion, loved and respected by everyone.

There is an aching hole in the soul of the Step Up family. Naya Rivera was more than just a cast member to us. She was a leader, a creative wunderkind, a pro and a badass. Every show is of course a family, but there are many kinds of families. The Step Up family is, blessedly, the kind we all yearn for: loving, supportive, hilarious and committed – and this is in no small part because of the beautiful energy of Naya, making this loss unconscionable.

The role of Collette was amongst the last to be cast. Bizarrely, Naya’s name didn’t come up instantly. When it did, exec producer Adam Shankman, in my office as we talked on speaker to casting as they were making the offer, brightened up and said, “She’s a friend, I’ll call her!” And he picked up his phone and did. (I am convinced that Adam has the digits of everyone from Dude Perfect to Anthony Hopkins in his phone.) They chatted, he handed the phone to me, I told her about the role and the show and there was none of the faux eager tenor that can sometimes accompany these kinds of conversations. It was instantly like talking to a good girlfriend. Open, present and real.

Our young cast, who came of age with the brilliant Glee, were excited but scared to meet her. The terror was real when she cruised across our stage all black on black, T-shirt, sunglasses and that amazing hair flying in the Atlanta heat. Because we cast dancers, and then had them read, many of our team had little acting experience. Naya of course had a lifetime of it, exponentially more than the entire cast combined. But instead of resorting to their trailers and their people, the top two on the call sheet, Ne-Yo and Naya (I am suddenly struck by the similarities in their names and their beautiful souls) both instantly folded into the team. Both became just another member of our happy no-bullshit family — but as seasoned pros, they managed to simultaneously guide and give advice to the rest of the cast on everything – the show, the craft, the career, and life. It was so generous of them, to both take their ego and position out of the equation, and still quietly lead in the most meaningful way. They didn’t need a position on a call sheet to get the love and respect of the cast and crew, they exuded love, grace, professionalism and care.

Terrence Green, who plays Rigo on the show, was amongst those initially terrified of her. On the first day of shooting, he got up the courage to tell her they were all afraid to speak to her, to break the ice. She laughed, happy some ice was just broken. As Terrance recounts, “A couple days later, she asked, ‘Why is everyone still nervous about me?’ and he answered, ‘Well you got the A-list superstar down, from the truck, to the black clothes, to the superstar glasses.’ She said, ‘You mean my St. Laurent’s?’ And I laughed and said, ‘Seeee! I can’t even pronounce that yet. But I know one day I’ll be wearing some St. Laurent’s, and that’s when I know Ima superstar like you!’ ”

The next day Naya asked Terrence to come to her trailer. She took the glasses, and asked him to put them on. Terrence assumed she wanted to take a pic. But as he remembers, “She looked at me and asked, ‘Do you feel different?’ And I said, ‘Nah.’ And she said, ‘Exactly, because you’re already a superstar, I’ve watched how you carry yourself, I’ve watched how you treat me and everyone on set. You’ll be a major blessing to this industry as long as you stay true to you. Keep these glasses as a reminder that it was never about Yves Saint Laurent, it’s always about who you are on the inside. You are already the real Superstar.’ And then she handed him the glasses to keep. The value to Terrance was enormous. As he said, “From then on, my walk was different, my self esteem was better, I valued my gift more, I valued my presence and I’ll always see myself as more than just a talented kid from the ghetto, all thanks to Naya.”

This was not uncommon. Actors share how she lifted them up on hard days, directors who were new to the set have told me about how Naya worked to make them comfortable, writers on set recount her hilarious running gags, like keeping a constant off-camera to-do list in character which included things like, “Buy Plan-B” and “Send (guest star) Savion Glover a jerk chicken basket to thank him for his time.” But Naya’s greatest source of power and love, was of course Josey, who we got to see grow on the set. She was a brave and extraordinary mom. She allowed him to be who he was and their life was an adventure. Naya bonded with many crew members over motherhood, sharing her natural superpower. She would randomly text them, encouraging them to “Tell your baby he is amazing.” That she won’t fulfill this natural, powerful gift of being a mother, is something too hard to bear.

Because of her lifetime of work, and because Glee made her a bona fide star, she was deserving of the Diva Card. She could have pulled that out constantly, but she used it very discriminately, just enough to keep her status active. She only got stroppy, seemingly inexplicably, when we were shooting finales. One late night, shooting a finale, I sat with her in a golf cart, wondering what was up. She started sharing details of her extraordinary professional life, including watching Redd Foxx die at her feet when she was four. And I instantly intuited that for someone who grew up on set, knowing nothing but that world, finales could represent the end of her life as she knew it. They were devastating. And as sleek and cool as she was as a grown woman, the sweet vulnerability was beating like a little heart, right there in that golf cart. She didn’t want our precious family to end.

It’s well reported what a pro Naya was, how she hit every mark and could make it work when newbies couldn’t find theirs. How she delivered huge speeches in one take. How she could make a vague scene work brilliantly by intuiting the point, even if it wasn’t on the page. How she was exquisite dramatically as well as comedically. It is unimaginable that we, and her many deeply loyal and respectful fans (I think it says something about you when you have a cool fan base), won’t see her as Collette and won’t see her work in the future, which I know would have been varied and brilliant. I think she would naturally have rolled into more leadership roles, entrepreneurship, philanthropy. But most painful is of course leaving behind her beloved Josey, an incredibly special child. We mourn for her whole family, they will remain in our prayers.

I talked to Naya very recently, and she was also a part of a wonderful cast and crew video for my birthday the day before she went missing. She was exuberant and happy. Cast have shared texts about how excited she was for this season of Step Up, more excited than she’s ever been for a season of TV. While we are so happy our last images of her are of a blazingly bright light, we so grieve it extinguished. Rest in power, dear Naya. One of the coolest, and most beautiful people we will ever know, and will never, ever forget.