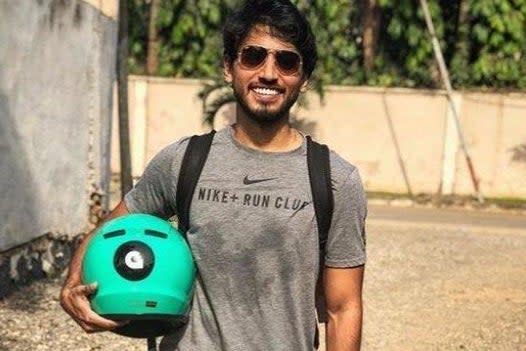 The executive assistant of the tech entrepreneur who was found decapitated and dismembered in his apartment has been charged with his murder.

Fahim Saleh was found dead by his cousin on Tuesday in his luxury condominium on the Lower East Side of Manhattan in New York City.

He was taken into custody at 8.45am in the lobby of another luxury apartment building in the neighbourhood.

On Monday, Mr Haspil, 21, used a Taser to immobilise Mr Saleh, 33, as he exited the elevator that opens directly into his apartment. He then stabbed him multiple times in the neck and torso.

The following day he returned to the scene and severed Mr Saleh’s head, arms and legs, using an electric saw found plugged into an outlet in the living room of the seventh floor apartment. Nearby were bags containing the body parts.

It is believed that the cousin who discovered the body may have interrupted Mr Haspil’s attempt to dispose of the evidence and he fled out of a service entrance to the full floor unit.

Reports say that they were able to track the suspect through a credit card, believed to be paid for by Mr Saleh.

It was used to purchase the electric saw, cleaning supplies from Home Depot on 23rd Street in Manhattan, and car services to and from the location.

Earlier in the week, a law enforcement official said that the killing looked like a professional “hit”. It is now thought that the killer may have tried to make it appear that way.

Mr Saleh was the CEO of Gokadang, a motorcycle-sharing app in Lagos, Nigeria, as well as a founding partner at Adventure Capital. He also co-founded a ride company called Pathao in Nepal and Bangladesh, and formerly served as CEO of KickBack Apps, which included multiple phone-pranking apps like “PrankDial” and “PrankPad”.