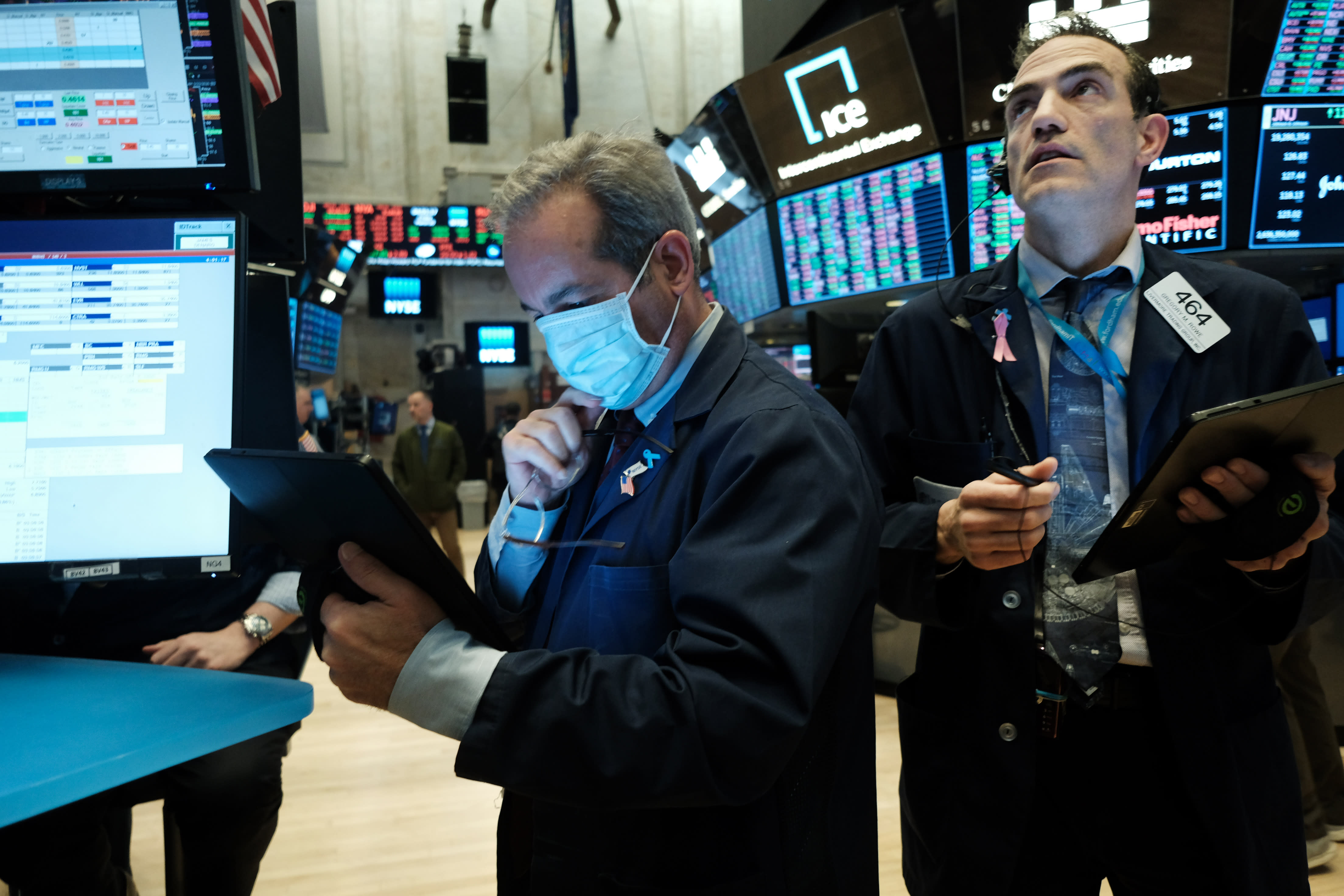 Stocks fell Friday as relations between the US and China were tested further, and after a handful of companies reported quarterly results that disappointed Wall Street. Each of the three major indices logged weekly losses by the end of the session, and the Nasdaq posted its first back-to-back session of losses in 50 days.

Meanwhile, declines in the 30-stock Dow came as shares of Intel and American Express dropped Friday morning, after the companies reported disappointing developments in the second-quarter results. Intel (INTC) warned in earnings results Thursday evening that it faced another production delay for its advanced chips, with its new 7-nanometer chips now expected for delivery in late 2022 or early 2023, or about a year behind schedule. The chip-maker’s stock sank as much as 18% during intraday trading Friday, for its worst day since March 16 this year.

American Express reported a 29% drop in revenue, with a drought of customer spending on credit cards during the pandemic contributing to a top-line miss.

Friday’s session came following a tech-led selloff on Wall Street during the regular session. The three major indices ended the day lower, with the S&P 500 and Nasdaq both posting their largest declines in four weeks. Apple (AAPL) – a stock weighed relatively heavily in each of the major indices – dropped by the most since June 11 amid a broad decline in big tech shares and an Axios report that the company was facing a multi-state consumer protection probe.

Here’s where the three major indices settled at the end of equity trading Friday:

A Congressional hearing of four CEOS of the largest US tech companies has officially been postponed beyond Monday, according to a statement, confirming earlier reports that the testimony would be pushed back.

The CEOs of Facebook, Amazon, Alphabet and Apple were previously scheduled to speak virtually on antitrust concerns before the House Judiciary Committee’s antitrust panel on July 27.

The postponement was reportedly due to the fact that the service for the late Rep. John Lewis, D-Ga., conflicted with the original date, according to multiple media outlets.

The three major stock indices were on track to post weekly losses Friday, with less than an hour left of the regular session. Such a result would mark the first weekly loss in a month for each of the S&P 500 and Dow. The Nasdaq posted a weekly loss last week as well.

Intel and Pfizer were the laggards in the Dow, with the former still lower by more than 16% in intraday trading. The health-care and information technology sectors led declines in the S&P 500. Of the big tech firms, each of Facebook, Apple, Alphabet and Microsoft were lower.

Bridgewater Associates, the world’s biggest hedge fund firm, will reduce headcount in part because more employees are working from home. The news, first reported by The Wall Street Journal, comes as the COVID-19 crisis forces many companies to rethink staffing and real estate needs as work becomes less “office-centric.”

McDonald’s (MCD) said Friday that all customers will need to wear face coverings upon entering US restaurants, with an effective date of August 1.

The announcement puts McDonald’s in the company of a growing number of businesses including Starbucks, Costco, Kroger, Walmart and major US airlines in requiring that customers wear masks.

The jump extended the double-digit percentage rise from May, when new-home sales rose an upwardly revised 19.4% month over month to 682,000.

9:46 a.m. ET: US services sector unexpectedly holds in contractionary territory in July, according to IHS Markit

The US services sector contracted again at the beginning of July, IHS Markit reported Friday.

The firm’s US preliminary services purchasing managers’ index (PMI) improved to 49.6 in July from 47.9 in June, falling short of the improvement to 51.0 expected, according to consensus economists. Readings below the neutral level of 50 indicate contraction, while readings above indicate expansion in a given sector.

“US private sector firms indicated a stabilization of business activity at the start of the third quarter, with the contraction in service sector output slowing further and manufacturers signaling a modest upturn in production,” IHS Markit said in a statement. “Growth was impeded, however, by an increased rate of decline of new orders, linked in part to renewed coronavirus disease 2019 (COVID-19) containment measures.”

Verizon (VZ), the parent company of Yahoo Finance and a Dow component, reported Friday better than expected net additions in subscribers during the second quarter, with customers continuing to turn to the wireless service as working from home and social distancing became more ubiquitous. Shares rose more than 2% shortly after market open.

Total net new monthly customers were 352,000 during the quarter, or above the consensus analyst estimate for 278,000. This included 287,000 regular mobile-phone customers.

Second-quarter operating revenue of $30.4 billion was down 5% over last year, but better than the $29.95 billion consensus. Adjusted earnings per share of $1.18 were above estimates for $1.15, and included what the company estimated was a 14-cent per share impact directly related to Covid-19.

Oilfield service provider Schlumberger (SLB) on Friday reported a 35% drop in second-quarter revenue, and announced a workforce reduction of about one-fifth as energy companies globally struggle to cope with a drop in oil prices. Schlumberger shares were little changed Friday morning, but have fallen more than 50% for the year to date.

Schlumberger’s newly announced restructuring plan will include job cuts totaling 21,000, or about one-fifth of its workforce, based on the 105,000 workers it said it employed at the end of 2019.

“However, subsequent waves of potential COVID-19 resurgence pose a negative risk to this outlook,” he said.

The sales decline was mostly due to a drop in card member spending and a lower average discount rate compared to last year, AmEx said in its earnings release. Global spending on cards sank 34% over last year to $205 billion, versus the $215 billion expected, with the company grappling with a drop in business travel and card expensing.

“Spending volumes, which declined to their lowest point this quarter in April, gradually improved in May and June, with small businesses being the most resilient,” CEO Stephen Squeri said in a statement. However, he added that the company has not “seen an increase in total customer attrition from prior years,” suggesting customers are holding onto cards, albeit swiping them less frequently amid the pandemic.