Haxploitation goes to the movies 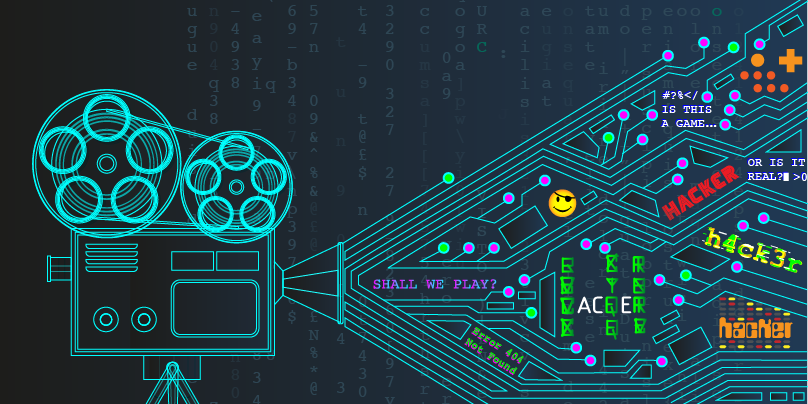 With the winter nights drawing in, The Daily Swig is offering our readers a rundown of the best hacking films of all time.

We’ve decided to split our Top 10 list between classics of the genre and some left field suggestions, covering titles that involve hacking only in the broadest sense of the term.

Rather than ranking these films ourselves, we decided to run an online poll. After narrowing down a shortlist of 16 to four finalists, we ran a second vote… and the results are in!

Without further ado, here are the (unofficial) best 10 hacking movies of all time:

A software developer is transported to a digital dimension, populated by anthropomorphic computer programs, and forced to play gladiatorial games.

Kevin Flynn: On the other side of the screen, it all looks so easy.

Michael Caine stars in this heist caper about an attempt to steal a gold shipment from the streets of Turin, Italy. The escape is abetted by hacking into a traffic control systems in order to create a traffic jam.

Charlie Croker: Hang on a minute lads, I’ve got a great idea.

Blows the bloody doors off.

Documentary about intel contractor turned NSA whistle-blower Edward Snowden, filmed by documentary maker Laura Poitras. Many scenes take place in Hong Kong, where Snowden first sought temporary refuge from the US authorities, as the leaked documents he exposed revealed the scope of US spying on its own citizens among other controversial surveillance programs.

Edward Snowden: We are building the biggest weapon for oppression in the history of mankind. 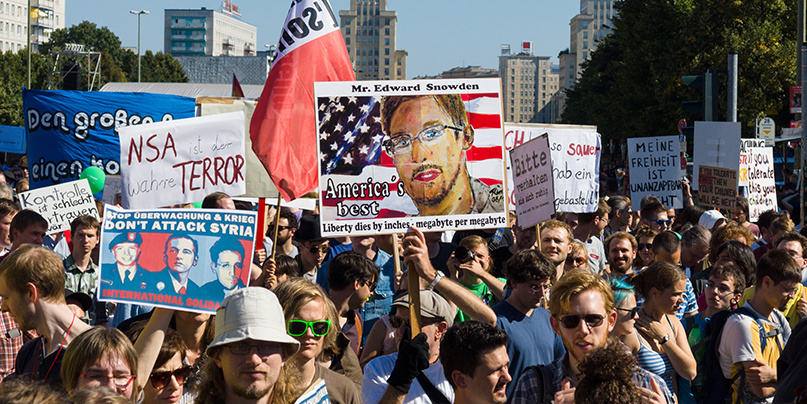 Off-duty New York cop John McClane (Bruce Willis) is the fly in the ointment for ‘exceptional thief’ Hans Gruber (Alan Rickman) and his criminal plans. Gruber makes use of hacking, among other techniques, in an attempt to get away with a fortune from a Christmas-time bearer bond heist of a Los Angeles skyscraper.

Holly Gennero McClane: After all your posturing, all your little speeches, you’re nothing but a common thief.
Hans Gruber: I am an exceptional thief, Mrs. McClane. And since I’m moving up to kidnapping, you should be more polite.

Hacker Thomas Anderson AKA Neo (Keanu Reeves) takes the red pill and discovers his reality is weirder and more dangerous than he could possibly have imagined. Anderson leads a rebellion against computer agents intent on snuffing out the human rebellion by any means necessary.

Trinity: My name’s Trinity.
Neo: *The* Trinity? Who cracked the IRS d-base?
Trinity: That was a long time ago.
Neo: Jesus…
Trinity: What?
Neo: I just thought… you were a guy.
Trinity: Most guys do.

Whoa. The original’s tightly spun story was let down by two bloated sequels but betters things are expected from the next instalment, The Matrix Resurrections (trailer via YouTube), due out in December 2021. 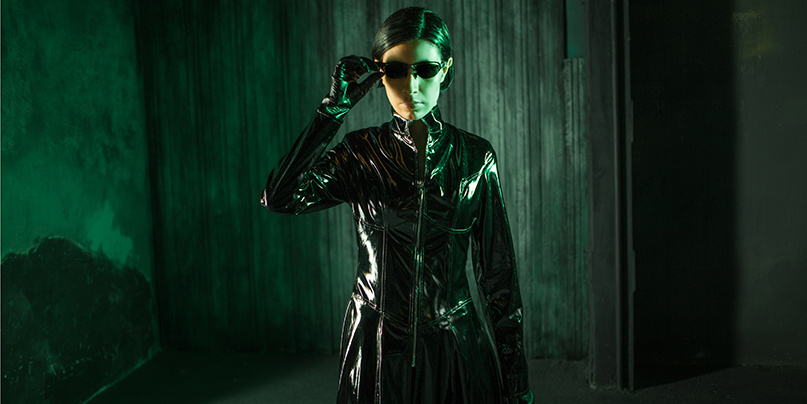 David Lightman (Matthew Broderick) unwittingly hacks into a US military supercomputer and plays “Global Thermonuclear Warfare”. High tension ensues. Arguably the first film in “hack-sploitation,” which established the cliched depiction of hackers as bored teenagers in their bedrooms up to no good with computers – and in way over their heads.

David Lightman: Hey, I don’t believe that any system is totally secure.

The head of a misfit team of penetration testers, Martin Bishop (Robert Redford), gets embroiled in intrigue after the group is blackmailed into stealing a top-secret black box. A film that would make a fantastic double bill with Three Days of the Condor (1975), another Redford film.

Cosmo: The world isn’t run by weapons anymore, or energy, or money. It’s run by little ones and zeroes, little bits of data. It’s all just electrons.

The titular hacker, Lisbeth Salander (Rooney Mara), teams up with journalist Mikael Blomkvist (Daniel Craig) on a missing person case. The two uncover murder and corruption on a grand scale in an uncompromising Swedish-based drama that arguably did much to make Scandi-noir fashionable.

Johnny Lee Miller and future ex-wife Angelina Jolie star as members of a rag-tag hacking crew unwittingly set up as the fall guys in a sinister computer-based extortion plot.

The film that spawned a hundred memes. Loved and derided in equal measure in tech circles. 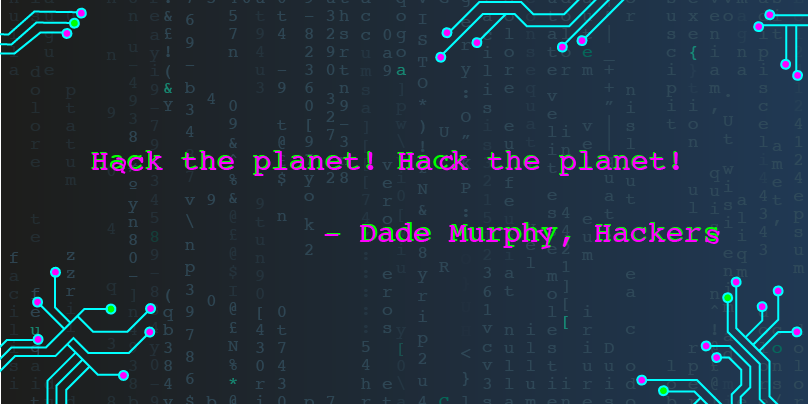 Vigilante hacker turned hacktivist Elliot Alderson becomes embroiled in a complex political struggle initially sparked by the attempts of an underground hacking group to take down a corrupt corporation.

Elliot Alderson: A bug is never just a mistake. It represents something bigger. An error of thinking that makes you who you are. 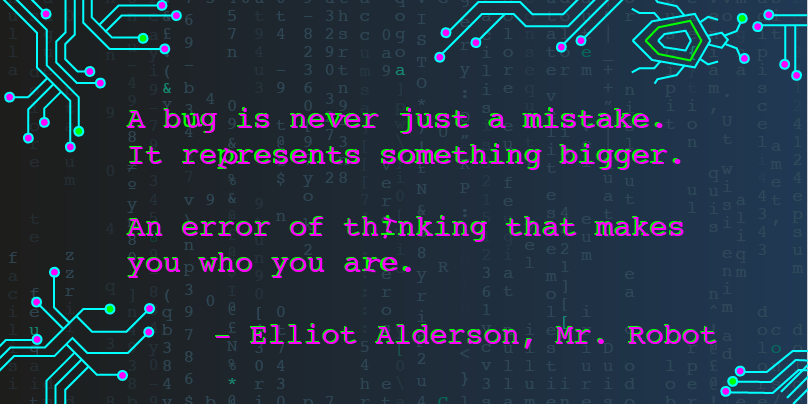 A convicted computer criminal is released from jail on furlong in order to help the US and Chinese foil a dastardly terrorist plot.

Bond faces off against nuclear satellite hijacking hackers, including Boris ‘I am invincible!’ Grishenko.

A heist movie staged within the sub-conscious of its protagonists.

In which we learn that AlienOS is vulnerable to malware exploit (limitations, not an RCE).

Double agents, crazy tech and a (much subsequently spoofed) hack on the CIA mainframe.

A fan becomes a pawn in a deadly game after he accepts the chance to spy on his favourite actress via his laptop.

A group of tech entrepreneur inadvertently invite a device that hacks time itself. A “timey-wimey” miss-adventure ensues.

Did your favourite “hack-sploitation” film fail to make the list or do you disagree with our ranking of your own top picture? Let us know which hacking movies you think are the best on Twitter: @DailySwig