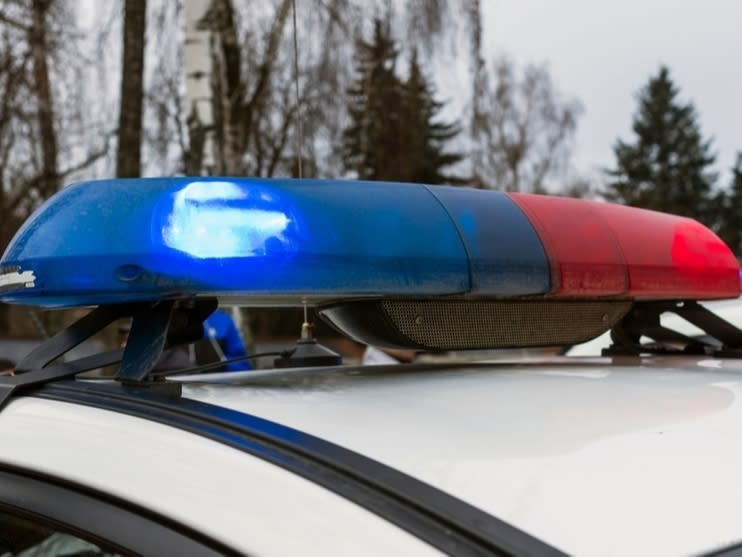 The following information comes from the Glencoe, Northfield, Wilmette and Winnetka police departments as a record of police activity and incidents reported to the police. Criminal charges represent merely accusations by the state and are often dropped or reduced. Updated information may be available from the Cook County Clerk of the Circuit Court. Anyone arrested is innocent unless proven guilty beyond a reasonable doubt in a court of law.

CRIMINAL DAMAGE
Someone knocked down a stop sign at Grove Street and South Avenue prior to 8:30 a.m. July 22.

A scammer tried to convince a Jackson Avenue resident to provide a $3,000 wire transfer, purportedly to help their grandson after he was involved in an accident. There was no financial loss.

WIRE TRANSFER FRAUD
A Brian Lane resident reported on the afternoon of July 21 that an unidentified fraudster had tricked them into sending a wire transfer of more than $10,000.

Kyale D. Washington, 20, of the 700 block of East Taft Avenue, Appleton, Wisconsin, was arrested shortly before 5 p.m. on July 15 in the 900 block of Green Bay Road and charged with possession of controlled substance.

A 31-year-old Chicago woman was arrested around 11:45 p.m. on July 21 near Dundee Road and Pebblewood Lane and charged with driving without a valid license and cited for driving without lights when required.

Nicole Kathleen Jackson, 30, of the 6600 block of Gunnison Way, Harwood Heights, was arrested around 3 a.m. on July 25 and charged with driving and under the influence following a traffic stop near Estate Drive and Sheridan Road. She was also issued citations for illegal transportation of an open container of alcohol by a driver and speeding.

For more local stories, subscribe to Patch to receive daily newsletters and breaking news alerts or download the iPhone or Android app.

POSSIBLE PEE
Northfield Park District staff reported that surveillance camera footage showed a man walk up to the door and try to open the main entrance around 12:15 p.m. But when he found it locked, he walked toward the southwest side of the building, pulled his pants down and may have urinated on the side of the building.

PAYCHECK DISPUTE
Someone who purported to be the boyfriend of a former employee of Teddie Kossof Salon, 281 Waukegan Road, showed up at the business around 10 a.m. July 18 and demanded information regarding the ex-employee’s paycheck. He left after staff told him they had called the police. Officers explained to the former employee the dispute was a civil matter and salon management told said boyfriend was banned from the property.

CRIMINAL DAMAGE
Police were called to St. Philip the Apostle Church, 1962 Old Willow Road, for a report that someone threw a bottle through a basement window on the church’s south side.

SUSPICIOUS PHONE CALL
An Old Willow Road resident received a suspicious call from a man asking for personal information and a social security number but did not provide it, police were told on July 25.

MISSING SIGN
A resident in the 100 block of Coach Road reported around 11 a.m. on July 11 that a private sign was missing from the corner of Winnetka and Coach roads, but they were unsure whether it was stolen or taken for repair.

RUSE BURGLARY ATTEMPT
A resident in the 2600 block of Lake Avenue reported on July 19 that two men had come to her house around 4 p.m. on July 17 and asked to check the water pressure. She allowed them to come in and check the kitchen and bathroom. Although she did not hear anyone inside and did not notice anything missing, she had seen a similar incident in the news and thought it may have been related. She described one of the uninvited visitors as a young, 5-foot, 7-inch-tall Hispanic man with short brown hair and brown eyes.

John F. D’Angelo, 23, of the 900 block of Ashland Avenue, Wilmette, was arrested shortly after 12:30 a.m. on July 25 and charged with driving under the influence of alcohol and with a breath alcohol concentration of 0.08 or greater after striking a parked car in the 1600 block of Spencer Avenue. He provided a sample indicating he had a BAC of 0.121 and was driven home by an officer after he was released on his own recognizance.

TRESPASSING
Someone got into a garage in the 800 block of Lincoln Avenue prior to 1:45 p.m. July 13 after a side door was left unlocked. Nothing appeared to have been stolen at the time of the report.

BIKE THEFT
Someone stole an unlocked $400 mountain bike between 2:30 and 3 p.m. July 13 after it was left leaning against a fence in the 1100 block of Ash Street.

VANDALISM
A resident in the 1000 block of Willow Road reported that someone used orange spray paint to deface the sidewalk in front of their home between 8 p.m. July 17 and 1 p.m. July 18. The repair costs were unknown at the time of the report.

FORGERY
An employee at New Trier Township offices at 739 Elm Street reported on July 24 that someone had used business account information to cash a fraudulent check for more than $5,000 at some point between between June 3 and June 10.

CAR BURGLARY
Someone stole a credit card and debit card from a wallet left in an unlocked vehicle in the 500 block of Hibbard Road between 9 and 10:30 a.m. on July 22 and tried to use them to make unauthorized purchases.

Thomas Kemnitz, 22, of the 5800 block of North Winthrop Avenue, Chicago, was arrested at the Winnetka Police Department on the morning of July 14 on a charge of retail theft in connection with an investigation into a report of shoplifting at the Grand Food Center on July 10.

Bennett Lister Cotton, 20, of the 500 block of Oak Street, Winnetka, was arrested around 6 p.m. on July 16 outside his home and charged with domestic battery following a report of a battery in progress in the front yard of his house.

If you receive a Key Bank debit card with Illinois Department of Employment Security, or IDES, paperwork, after submitting a police report, police recommended the following:

Contact one of the below Credit Bureaus to place a fraud alert and check your credit report for fraudulent activity.

Go to the Federal Trade Commission (FTC) using this LINK for recommendations concerning this crime.

Go to the Illinois Department of Employment Security (IDES) using this LINK or below information to have the account closed/cancelled. We have been advised that it is hard to get anyone on the phone so the best options may be online or mail.

This article originally appeared on the Winnetka-Glencoe Patch