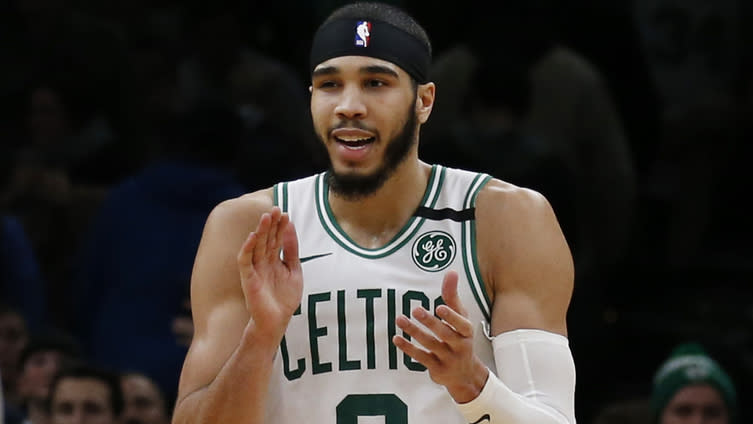 The 2019-20 NBA season is back, and one of the best matchups on the seeding games schedule from the Orlando bubble is the Boston Celtics squaring off against the Milwaukee Bucks on Friday night.

The Bucks sit atop the Eastern Conference standings with the best record in the entire league, and they have arguably the best player in the league in superstar forward Giannis Antetokounmpo, who is the favorite to win MVP for the second consecutive season. Milwaukee’s strengths go well beyond Antetokounmpo, though. Veteran guard Khris Middleton is on the verge of a 50-40-90 season and was an All-Star for the second straight campaign. The team’s defense overall is historically good as well.

Download the MyTeams app for the latest Celtics news and analysis

The Celtics are among the top challengers to the Bucks in the East. Boston is the only team with three players (Jayson Tatum, Jaylen Brown and Kemba Walker) averaging 20-plus points per game. Tatum, in particular, has taken his game to another level this season. He earned his first All-Star appearance and was named Eastern Conference Player of the Month in February after scoring 30 points per game.

The Bucks and Celtics split the two games they played during the regular season as each team won on its home floor. Which team will win the season series and earn a confidence boost before the playoffs?

Catch all of the action on NBC Sports Boston beginning at 5:30 p.m. ET with “Celtics Pregame Live”, followed by tip off at 6:30 p.m.

BEFORE THE GAME: At 5:30 p.m., Celtics Pregame Live presented by TD Bank gets you ready for the game with reports from Mike Gorman, Brian Scalabrine, Abby Chin, Kyle Draper, Kendrick Perkins, Chris Forsberg and C’s president of basketball operations Danny Ainge. Watch on NBC Sports Boston or click here for the live stream.

AT HALFTIME: Tune in to watch a breakdown of the first two quarters on Halftime Live presented by Ace Ticket. Watch on NBC Sports Boston or click here for the live stream.

AFTER THE GAME: As soon as the game ends, tune to Celtics Postgame Live presented by New England Ford for analysis, commentary and player reaction. Watch on NBC Sports Boston or click here for the live stream.

Questions on our livestream? Get all your questions answered here on our Streaming FAQ.