Tesla (NASDAQ:TSLA) is making more electric vehicles in China than ever, according to a report from the Chinese Passenger Car Association (CPCA). As Reuters reports, 44,264 Teslas built in that country were sold in August, a 275% surge year over year, and a gain of 34% from July. That both in-China sales and exports are popping may be a bullish signal for the company in at least two ways.

Earlier this year, Tesla’s Chinese venture looked imperiled by political opposition to the company from China’s ruling party. Beijing’s suspicions led to bans being enacted in May blocking Teslas from entering military bases and other official facilities. The government was apparently concerned about data collection through the vehicles’ cameras, sensors, and GPS devices. New regulations are set to go into effect on Oct. 1 in an effort to improve “data security” on Internet-connected vehicles, including Teslas. 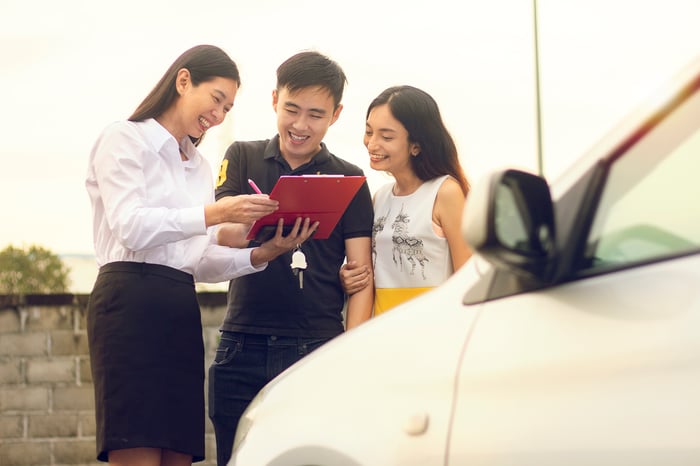 Passenger vehicle sales in China also contracted sharply during August, according to research by the CPCA. The association says passenger vehicle sales inched downward 3.3% from July and plunged 14.7% year over year. This followed a 6.2% year-over-year drop in July and a 6.5% fall in June 2021. Sales have now been slumping for more than a quarter.

However, defying the double whammy of state suspicion and declining consumer demand, Tesla sold 12,885 electric vehicles made in China within that country’s borders during August. This is a 49.4% increase from July’s sales, signaling Tesla’s strategy of cutting its Chinese market prices may be working. In late July, the company pared about 5.3% off the price of its Model 3 sedan, and is also accepting Chinese pre-orders for an affordable variant of the Model Y SUV. Both vehicles qualify for subsidies under Chinese law, lowering their de facto prices even further.

Not only are in-China sales of Chinese manufactured Tesla electric cars rising, but the company sold even more of these vehicles as exports. Out of the cars made in China and sold during August, 31,379 were export sales. This represented a 29% month-over-month increase. Many, if not most, of those exported vehicles are probably earmarked for sale in Europe, though the CPCA didn’t break down the destinations of these cars. The company announced in October 2020 it would ship Model 3s made in China to Europe.

Tesla’s strong growth in exported Chinese-made car sales bodes well for the future output of its planned Berlin-Brandenburg Gigafactory. That facility was originally supposed to start producing electric vehicles on July 1, but regulatory problems scuppered that schedule. “We’re looking forward to hopefully getting the approval to make the first cars maybe in October if we are fortunate,” Reuters quoted CEO Elon Musk as saying in mid-August, with the Model Y SUV being the first model likely produced. In the absence of European production, import sales to the region serve as something of a proxy, providing a snapshot of demand. Their strong growth suggests pent-up demand will lead to a major sales spike in this significant market once the Berlin production lines are up and running.

What it all means for Tesla

Besides proving it can beat analysts’ production forecasts for its Chinese factory facilities by 20%, Tesla’s August Chinese car sales show it has vigorous potential in both China and Europe, despite the obstacles it faces. Factor in energetic market share increases worldwide and Musk’s famous ability to keep his company in the spotlight through showmanship and announcements of oddball projects like the Tesla Bot humanoid robot, and the medium- to long-term outlook for the EV maker continues to look bullish.

Though it remains a favorite target for naysayers and prophets of gloom, Tesla also continues to be the leader among electric car companies, and well worth considering as an addition to your portfolio.