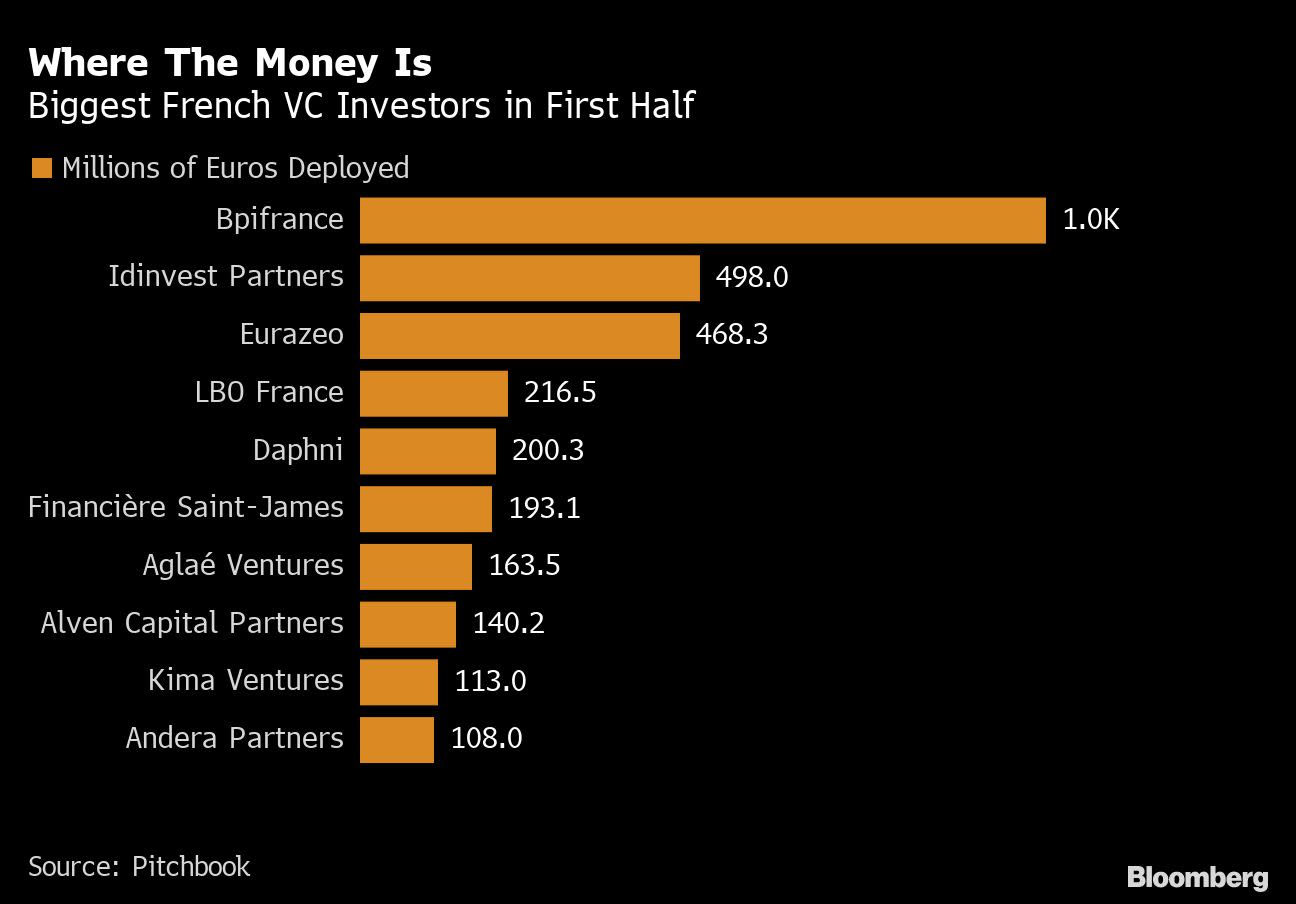 (Bloomberg) — The startup scene in France has the same problem that plagues the industry everywhere — too little diversity. Trouble is, in France you can’t measure it.

While observers say the venture capital and tech scene is overwhelmingly White, out of step with the makeup of the rest of the country, it’s mostly illegal to track people’s ethnicity. France has rules preventing firms from keeping tabs on the metric, which originate in part from the Nazis’ use of labels to target Jewish people and other minorities during World War II.

As the sector expands — with venture capital funding nearly tripling last year from 2015, according to industry lobby group France Digitale — the need for a way to address what many founders see as a roadblock to success is growing.

“We’re at the end of a rope in France, we have a systemic issue that casts aside minorities, but no data to pin it down,” said Laura Medji, co-founder of construction equipment rental platform Tracktor, who said she’s one of the only Black women out fundraising in the country. “The French culture is very different from the U.S. one — the goal is universalism and not dividing people into categories. I have seen the U.S. side and all that data there is not solving the problem, either.”

Bloomberg News surveyed the ten most-active French venture capital funds, based on the amount they invested in the first half of this year.

The survey found that initiatives in France are still mostly linked to the notion of gender. Some French VCs said they also focus on socio-economic background by hiring or investing in companies run by people who grew up in poorer families or neighborhoods, or didn’t attend the Grandes Ecoles system of elite higher education.

French society emphasizes individuals rather than communities and, because of that, some think it’s better to ignore racial identities.

“In France the issue is seen as class discrimination, not a race discrimination,” said Kat Borlongan, director of La French Tech, the government’s body created to promote the tech scene. “There is no use of the word ‘race,’ there is one human race. It’s the Republic’s ideal. But it gets tricky when that ideal fails.”

Even using the metrics they can trace, broad diversity initiatives at VC firms are the exception. Daphni was the only firm surveyed to say that it’s seeking an ethnically diverse workforce, though it doesn’t use metrics. Bpifrance Financement SA, the country’s sovereign fund, and Eurazeo SE subsidiary Idinvest Partners, were the only ones in the top 10 to say that they track diversity of background for their employees. Those two, plus telecom billionaire Xavier Niel’s Kima Ventures and Daphni also track gender. The others didn’t respond or said they don’t keep up with the data.

Aster, Partech and Sofinnova, influential venture capital firms in France outside of the top 10 that were also interviewed about their practices, said they track gender, and the latter two measure background for the firms where they invest.

Venture capital firm Daphni said that “each time we recruit, we ask ourselves the question of the ideal profile to ensure a ‘gender balance’ in the team, and to be as open as possible to other cultures, notably ethnic and racial diversity.”

Aster said that the issue of ethnic diversity doesn’t often come up in discussions with startups. On the one hand, there’s “still some real awareness-raising work to be done,” a spokesperson said. On the other, it would be illegal to compile those statistics on employees.

“It’s a paradoxical order that we’re giving to companies. On the one hand, we want them to fight discrimination and tell them they should work toward inclusion,” said Marie Mercat-Bruns, affiliated professor at Sciences Po Law School in Paris. “But at the same time, they don’t have ways to measure diversity.”

Partech said that “French laws and the French concept of equality do not hinder the fight against discrimination. On the contrary, they are the foundation of it.”

Medji, 33, said she started an informal group of like-minded French entrepreneurs including Citizen Capital investor Youssef Bellatar and Tenzing Conseil consultant Michel Chan in January. They’ve kept in touch during the lockdown and aim to promote more ethnic, social and educational diversity in the industry, build a network of influence and hold regular online and real-life meetings.

One challenge for VCs is to find a big enough pool of entrepreneurs from different backgrounds. The issue of diversity in upper education is part of the country’s broader problem with communities integration, said Borlongan, Medji and France Digitale Chief Executive Officer Nicolas Brien.

Billionaire Niel, who never went to college himself, set up a free coding school in Paris in 2013 to train anyone over the age of 18 years, including those without degrees.

La French Tech’s Borlongan, who was born in the Philippines, created the Springboard program targeting youth from underprivileged backgrounds with mentoring and funding and is launching an incubation program for startups.

A homogeneous tech scene can breed a narrow perspective. It affects not just the companies that are able to get funding, but the types of businesses that are founded and the products they make. Diverse viewpoints ensure products and services that serve a diverse population.

“I shouldn’t be the rare case,” Medji said. “The absence of ethnic diversity doesn’t seem to bother investors. They themselves are very uniformly white, mostly males. They graduated from the same schools and have often the same social background — so there is a direct cause and effect: if they were more diverse within their ranks, the people at the companies in their portfolio would be more diverse, too.”