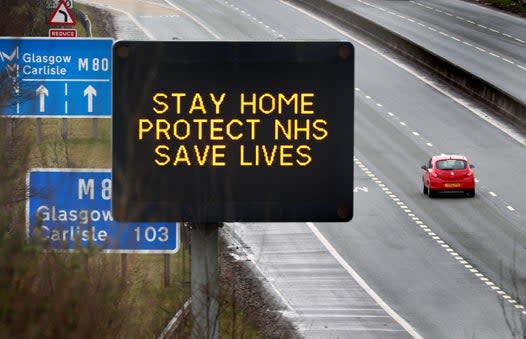 There was a warning being shared across social media recently – to check car wheels for bird nests before starting your car.

Such a warning would never normally be needed because most cars would never have stood still throughout bird-nesting season. But across the UK, in fact across the world, many millions of people had simply not needed to move their cars for several months, meaning there was a real risk that birds had moved in.

That’s why it’s no surprise that insurers have saved a great deal of money as a result of many months of drivers staying home and having far fewer accidents.

So what rights do you have if your driving habits changed as a result of the crisis? Here’s what you need to know.

Can I get an insurance refund?

Some have done so automatically but if yours has not then call them up and ask for a reduction in your premium for the months where you have been affected.

What will happen to my premiums after Covid-19?

The country went into lockdown and the cost of car insurance began to fall as insurers saw a reduction in claims.

Comparing cover and finding the best price for the right policy for your situation remains the best way to save money on car insurance.

Can I cancel my insurance if I’ve lost my job?

Many people have lost their jobs as a result of this crisis and that will be a real financial strain for most. If you don’t need a car because you’re no longer commuting then think carefully before cancelling insurance.

Unless your car is sold onto someone else or officially registered as off the road via a Sorn then you need valid car insurance – you can’t just suspend your cover temporarily.

If you do want to cancel your cover then some providers are agreeing not to charge a fee for doing so. Give your provider a ring to ask before you make any decisions.

Also, if you want your car but you’re struggling with the cost because you’ve lost your job or seen your hours cut then the Financial Conduct Authority has set out new rules for insurers, requiring them to do what they can to help their customers.

That might mean agreeing to reduce your cover temporarily or agreeing to defer payment. You need to have made that request before 18 August.

It certainly is an issue for many younger motorists. Research from comparethemarket.com shows one in five young drivers has stopped using their car as they can no longer afford to run it

Can I reduce my cover if I don’t need to commute?

If you’re driving less or working from home for the foreseeable then ring your insurer and tell them your situation has changed.

They may be able to offer a reduction in your annual premium and give you a refund.

What if I’m driving more?

Of course, it’s not a straightforward bet that everyone will be driving less as a result of the coronavirus. Many people will be worried about sharing public transport or unable to make use of their usual car share, meaning they will cover more miles than usual.

If that’s you then it’s really important to tell your insurer and not wait for your next renewal.

Underestimating your mileage and failing to tell your insurer risks breaching your policy and could even invalidate it. That could stop you being able to claim.

What if I want a new car?

If you think now is the time to buy a new car then you’re not alone. What Car? carried out a survey of more than 10,000 people and found that 135 per cent more buyers are looking for deals now than at the start of lockdown in March.

The website also reported that its new car review pages have seen an 139 per cent increase in visitor numbers.

However, there is also some speculation that the government may roll out an incentive scheme to kick-start the industry, and that is causing some people to hold off on purchases.

Rachael Prasher, managing director of What Car? and Haymarket Automotive, says: “Contradictory statements – or rather leaks – from the government over an incentive scheme continue to have an impact on decision-making, too.

“It’s a well-used tactic now by the current administration to ‘test the waters’ through the press to assess whether a policy would be seen as positive or negative in the eyes of the taxpayer – not just those who would actually benefit from it individually.

“However, the lack of a concrete statement one way or the other has been an impediment to volume this month, with 33 per cent telling us they’re going to continue to wait for news.”

Which cars are cheapest to insure?

If you are looking for a new car but want to keep the cost of insurance as low as possible then you need to do some research before you start falling in love with different vehicles.

If you choose a car from a low insurance group then your premiums will be lower than if you picked one from a higher group that insurers consider riskier. You can learn more about different models via the Thatcham Research website – which will also give you information on the safety of passengers in different models.

Of course, the total price will be determined by other factors such as your driving history and how you will use the car.

You can check how much it will cost for you to insure a particular car by searching for it on most comparison sites, even before you own it. That way there are no nasty surprises.

Is it time to look at an electric car?

For many people, lockdown has given them a fresh willingness to look after the planet and that seems to include considering an electric vehicle.

While car sales have fallen dramatically this year, sales of electric vehicles (EVs) are on track to match last year’s sales, according to the International Energy Agency. That will mean they account for 3 per cent of global car sales.

In the past, EVs were so unusual that they could be hard to insure but now they are more mainstream, many more insurers will offer cover.

Some will even offer discounted rates because they want to show they champion environmentally friendly motorists. Speaking generally, EVs are usually less powerful than standard cars and so that means they are often considered less of a risk but they are also unusual and can be expensive to repair so they will typically cost slightly more to insure.

As with any new vehicle, get some quotes before you commit to buying.

Talk to your insurer

It’s been a tough few months and insurers have been finding their way through the unusual circumstances as much as any of us.

So it’s worth contacting your insurer with your specific questions and changes to your situation.

If anything you say means your policy increases in price then that’s better than discovering later than you’ve accidentally invalidated your policy when you need to claim.