Electric pickups are on the way, promising everything from bulletproofing to drinking fountains. Here are some of the wildest features to expect from Tesla, Rivian, and others. 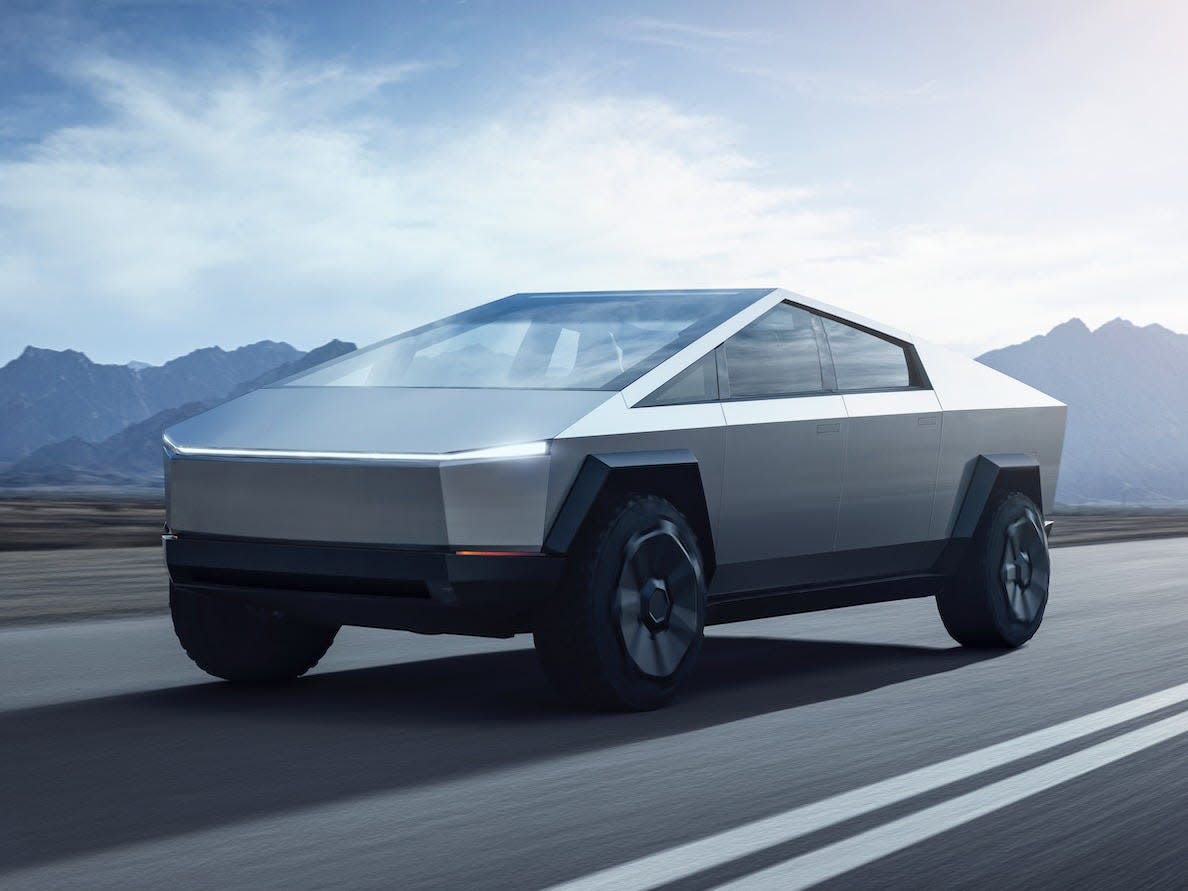 If all goes according to plan, we should see a slew of new electric pickup trucks hit the market over the next few years. Established makes like Ford, General Motors, and Tesla — along with upstarts like Rivian, Nikola, and Bollinger — are all racing to introduce battery-powered options to the hugely popular vehicle segment, and they’re trying their best to one-up each other in the process.

From what we know so far, many of these forthcoming EV trucks share some key qualities. With exceptions, they generally claim to pack tons of horsepower, supercar-like acceleration, and a great deal of utility into a sleek, futuristic package.

Plus, several companies are looking to set themselves apart from the pack by cramming their trucks with useful and just-plain-cool features — everything from a drinking fountain to in-truck storage for a slide-out camp kitchen.

Check out some of the wildest features promised in the Rivian R1T, the Tesla Cybertruck, the Bollinger B2, Nikola Badger, and Lordstown Endurance below.

Although they’re not on the market just yet, multiple electric pickup trucks are set to take the world by storm over the next couple of years.

Electric pickups on the way include the Rivian R1T, Bollinger B1, Nikola Badger, Lordstown Endurance …

… and, of course, the controversially styled Tesla Cybertruck.

We don’t have all the details yet about these trucks — and some companies haven’t revealed working pre-production models — but here are some of the coolest features that will apparently be available.

Rivian’s R1T will feature what the company calls a “gear tunnel,” essentially a long cargo compartment running widthwise through the middle of the truck, behind the rear seats.

That tunnel can potentially be customized for lots of different purposes such as a slide-out camp kitchen, which Rivian showed off at the Overland West convention in 2019.

According to patent filings, the R1T also may have a “swing and drop” tailgate that can fold out to 90 degrees like a standard tailgate, or drop all the way down to 180 degrees for easier access to the bed.

Not to mention, the R1T can spin in place like a tank.

Not sure exactly what that tank-turn feature means?

Fun. That’s what it means.

Tesla’s Cybertruck failed to live up to the hype within minutes of its debut due to its supposedly unbreakable windows, but the model has no shortage of features that’ll be quite exciting — should they come to be.

During the Cybertruck’s reveal event, Tesla CEO Elon Musk showed off a retractable ramp for loading dirt bikes, ATVs, and other cargo into the bed.

Tesla also claims the retro-futuristic truck will be impervious to dents, scratches, and bullets thanks to a thick, stainless-steel body.

It’ll also purportedly have a transparent roof that can be optioned with solar cells. Musk said on Twitter that the solar-roof option could generate 15-plus miles of charge per day.

We don’t know a whole lot about Nikola’s battery- and hydrogen-fuel-cell-powered Badger, which recently opened preorders.

Read more about the Badger here.

But Nikola says it will sport an interior that’s almost entirely waterproof, including the displays …

… along with a fridge inside the cab.

Nikola’s founder Trevor Milton recently revealed plans to equip the Badger with a drinking fountain that uses the water produced by its hydrogen fuel cell.

Built for utility, the boxy Bollinger B2 doesn’t have much in the way of modern conveniences. It sports manual windows, manual mirrors, analog gauges, and no screens, but it still has a few tricks up its sleeve.

Plus, it will supposedly have a nifty, folding rear-cabin wall, which will make room for bulkier items that won’t fit in the bed.

Without a pesky engine in the way, the B2 will offer a full-length pass through, which lets owners haul 16-foot-long boards and other cargo.

The Lordstown Endurance, meanwhile, claims to have a drivetrain with only four moving parts.

That’s because it has a hub motor in each wheel.

But while the EV pickups are on the way, they won’t be here right away. Lordstown Endurance deliveries are expected to begin in 2021, while an electric Ford F-150 won’t be around until mid 2022.