How much money will be in the room during big tech CEOs’ congressional testimony? 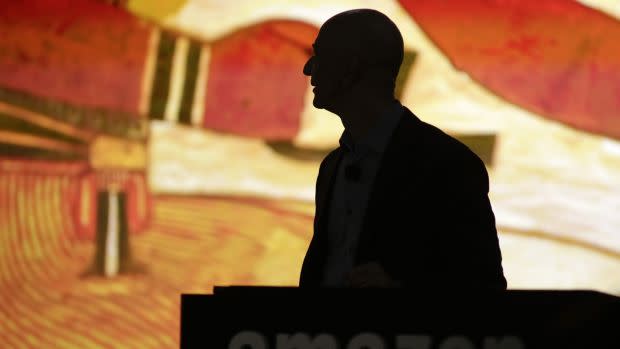 It may be the greatest concentration of wealth on a single video call the world has yet seen. The four men were worth a combined $265.8 billion on July 23—more than Finland’s GDP, or the market cap of Disney’s entire business. They’ll answer questions about whether their companies have grown too large or whether their business practices stifle competition. The hearing was originally scheduled for July 27, but has since been delayed.

Even among tech titans, wealth inequality is rampant. Pichai and Cook’s combined net worth is a rounding error in their colleagues’ fortunes. More than two thirds of the money belongs to Bezos. Nearly all of the remaining third belongs to Mark Zuckerberg.

These numbers are a rough estimate: Bezos’s wealth rises and falls by the billions every day, depending on Amazon’s stock price. And while Forbes clocks fluctuations in Bezos and Zuckerberg’s fortunes in real time, we relied on 2019 estimates published in The Street for Pichai and Cook.

On the other side of the screen, the lawmakers who will be grilling the tech titans are worth $47.1 million collectively, according to data from the Center for Responsive Politics.

Nearly half of that belongs to Jim Sensenbrenner, a Republican congressman from Wisconsin. (His great-great grandfather invented the Kotex sanitary napkin and later became the president of Kimberly-Clark.)

Collectively, the subcommittee’s 15 members hold .02% as much wealth as the four CEOs do. But for a few hours, they’ll grill the executives for all they’re worth. The hearing, which will inform lawmakers’ attempts to regulate or even break up the CEOs’ businesses, could have real implications for the future of their fortunes.