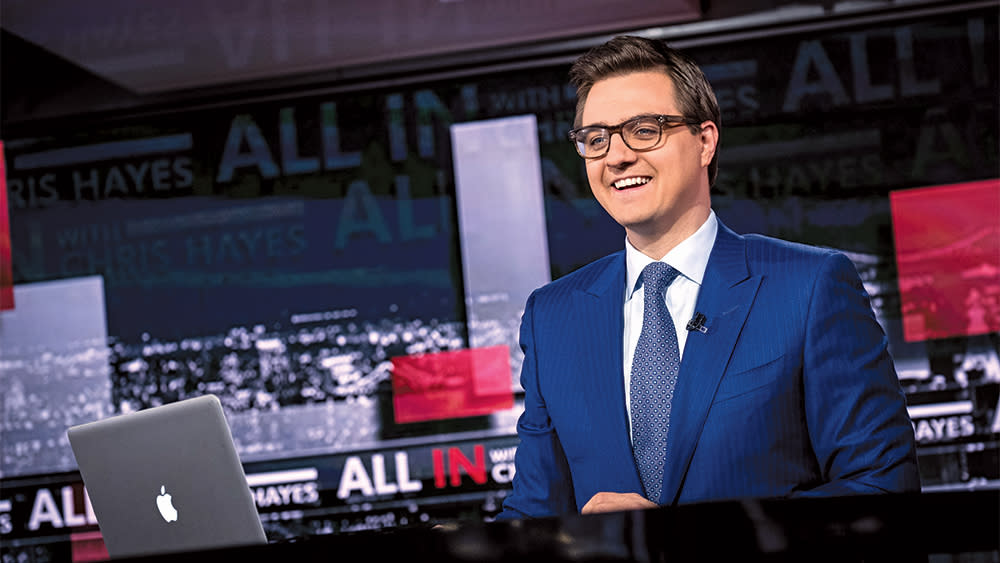 MSNBC is learning how to crawl again.

The NBCUniversal-owned cable-news outlet has restored a “news crawl” to the bottom of its screen after a two-year absence. The “crawl,” also known in the industry as a “ticker” or “zipper,” has been absent from MSNBC’s graphics package since April of 2018, when executives decided they wanted viewers to focus more intently on the programming on screen at the time, not the flurry of news items scrolling beneath it.

The crawl returned to MSNBC on Friday, according to a person familiar with the matter, largely out of a feeling that it would help viewers as they navigate through several critical news event happening simultaneously. Since March, MSNBC – like its news rivals – has been trying to cover the effects of the coronavirus pandemic and the run-up to the nation’s 2020 presidential election. Now Andrea Mitchell, Stephanie Ruhle, Rachel Maddow and the “Morning Joe” team find themselves trying to make sense of a national series of protests inspired by the death of George Floyd at the hands of police in Minneapolis.

MSNBC expects to use a “news crawl” all this week, according to the person familiar with the matter, and decisions on its use in the near future will be made “day by day.” The network declined to make executives available for comment.

When it comes to on-screen graphics in the world of TV news, there is little consensus. CNN uses a ticker regularly, as does CNBC. But Fox News Channel in the recent past removed lower-screen scrolls from daytime programming and used them during its primetime opinion shows, when hosts like Sean Hannity and Laura Ingraham typically riff on the news, rather than directly report on it.

All the cable-news networks were running a crawl with their daytime programming on Monday.

News tickers became an almost de facto part of the screen after the terrorist attacks of 9/11, when many news outlets went commercial-free amid heightened public demand for information. Nearly two decades later, the tickers are seen as elements that help keep viewers from turning away to other video options. Even if the sound on the TV is turned down, viewers can still use the bottom-screen graphics to get a sense of what is happening in the world.

Media companies have found other uses for their crawls. CNN has used it in the past to call attention to other programs, including its spate of documentary shows and specials. Fox News Channel will sometimes augment its news crawl with a separate graphics box telling viewers about guests slated to appear during the program currently on screen. There has even been chatter over the years about running copy from advertisers in the scrolling graphic line.

The scrolls’ presence bears testament to the increasingly fragmented attention span of the regular news viewer. A different generation of news aficionado would have found the news ticker distracting, even unwelcome. Younger viewers, however, are accustomed to seeing multiple modules of content on the screen of their laptop computer or mobile phone or tablet. If MSNBC feels viewers want to focus solely on anchors like Katy Tur down the road, chances are its news crawl will vanish anew.