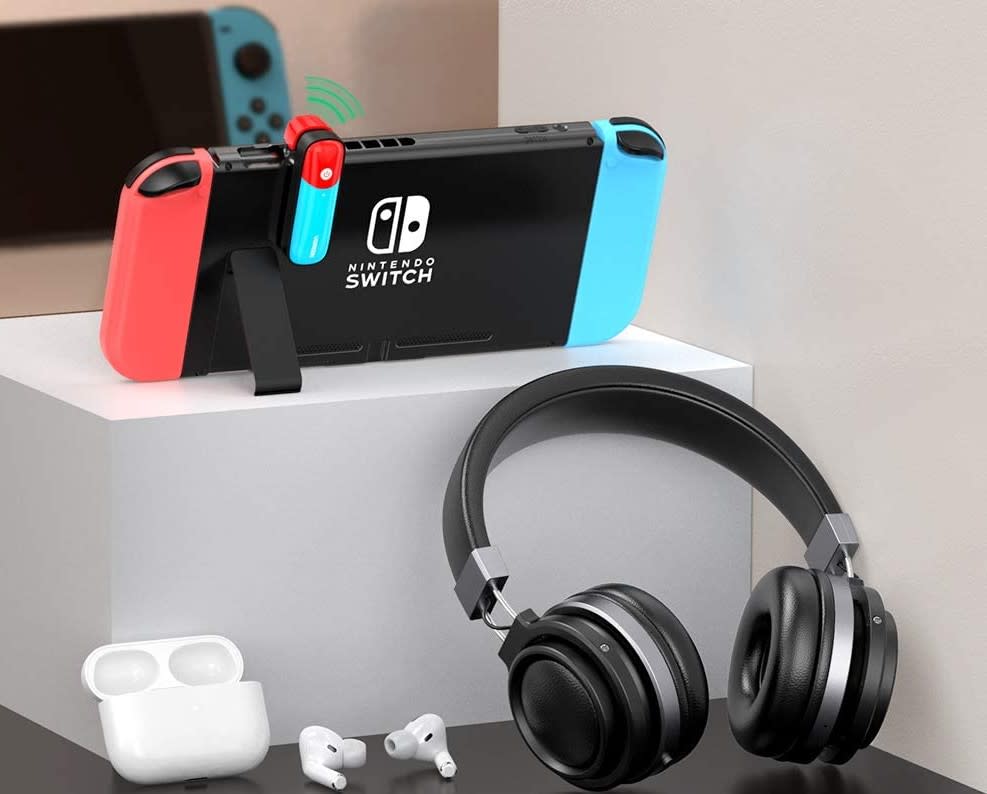 The Nintendo Switch has been a runaway success since it was released in March of 2017. The console, which has sold nearly 56 million units (more than the Nintendo 64 and GameCube combined), has been hard to find for much of its life. If you have gotten your hands on a Switch, it’s a good idea to pair it with a few key accessories. We’ve collected the most important ones below, and they generally fall into one of two categories.

The first is accessories that make using the Switch better, like a battery pack that can extend its life by up to 12 hours, so you can play for an entire transcontinental flight. The second are accessories that keep your Switch protected while you’re on the move, like a carrying case that has slots for your games, and a pocket for other accessories.

All of the accessories in our guide will work with the original Nintendo Switch and the Switch Lite, so you don’t have to worry if replace one for the other. If you’re looking for a way to download Switch games more quickly, or connect your system to a pair of wireless headphones, you’ll find what you’re looking for here.

If you’re a new Nintendo Switch owner, and need some help finding the right games, we have a guide to the best ones available right now.

If you plan on keeping an all-digital game library, the Switch’s 32GB of internal storage is going to fill up fast. The Legend of Zelda: Breath of the Wild takes up 13.4GB of space on its own. Thankfully, you can easily add storage to the Nintendo Switch by popping a MicroSD card into the slot tucked neatly behind its kickstand.

We’re recommending this 256GB MicoSD from Sandisk, because of my personal experience with it. The card performed perfectly for two years (no corrupted data, no lost save files, no random game freezes or lag) until I upgraded to the 400GB version having run out of space.

Using a MicroSD Card will not replace the internal storage built into your Switch, it’ll just add more.

The Nintendo Switch’s marquee feature is that it’s both a home and portable game console. It’s designed to be taken everywhere, which is great, but that increases its chances of getting damaged in a backpack while you commute or travel.

AmazonBasics’ carrying case is designed to fit your Nintendo Switch snugly, so it won’t move around in transit. The case comes with a soft inner cover that protects the Switch’s screen, and a mesh pocket big enough to hold a power adapter. The case’s inner cover also has 10 slots for Nintendo Switch cartridges, so you can take your physical game library with you easily.

Keeping your Switch in a case while you travel is great, but a screen protector can protect its most vulnerable area while you’re playing a game.

InvisibleShield’s screen protector is made out of a material it calls “Glass+,” which the company says is stronger than regular glass on a molecular level. The protector is oil-resistant (read: no fingerprints), and the uses tabs that make it easy to apply without creating air bubbles. Using a screen protector is not an absolute guarantee against damage if your Switch is dropped, but adding a physical protective layer on top of its screen will reduce the odds significantly.

The Switch is Nintendo’s first console to charge via USB-C, which means you can plug it into an external battery pack for power if you can’t find an outlet.

AUKEY’s USB-C Power Bank holds 26,800mAh (milliamps) of electricity, and its USB-C PD (Power Delivery) port has a maximum output of 60W (Watts). This battery pack was specifically designed to charge high-power gadgets like the Switch, and the results are pretty impressive. AUKEY says you can get up to 12 hours of additional playtime if you plug the console in when this battery is fully charged.

Keep in mind the game you’re playing, and the system’s volume, WiFi, and screen brightness settings will impact how much additional playtime you actually get. Still, the Switch’s battery gets between 3.5 and 5 hours of playtime per charge, so this power bank can easily double it.

AUKEY’s battery can also be used to charge other tech, like your smartphone, tablet, or even a laptop. It may be larger and heavier than the pocket-sized power banks you’re used to carrying, but it’s a lot more capable.

Support for USB-C charging opens the door to using third-party fast chargers with the Switch. RAVPower’s 61W USB-C Charger can fill the console’s battery more quickly than the power adapter Nintendo includes with the console. You can use any USB-C cable to connect the Switch to this power adapter, but we recommend this braided nylon cord from Anker because it’s more durable.

As a bonus, RAVPower’s USB-C Charger is small enough to fit easily in the mesh accessories pocket inside AmazonBasics’ Nintendo Switch Carrying Case. If you travel with a Switch, this is a must-have accessory.

The Nintendo Switch supports Bluetooth (it’s how the system connects to its Joy-Con controllers when they’re unattached), but doesn’t allow you to pair the console to wireless audio devices.

UGreen’s Transmitter fits into the Switch’s headphone jack, and sends out a wireless signal that allows you to connect the console to Bluetooth headphones and speakers. UGreen says you can connect this adapter with two pairs of headphones simultaneously, but warns that this adapter cannot be used if the Switch is connected to your TV with the official Nintendo Switch Dock.

The Nintendo Switch can download games over WiFi, but if you have a choppy wireless network, or want to get your games faster, you’ll need to connect your console directly to a cable modem or WiFi router. Wired connections are more stable and quicker than wireless ones, although the speed you get will depend on the Internet plan you’ve signed up for.

There are a handful of Nintendo Switch Ethernet adapters out there, but this one from HORI is the only one officially licensed by Nintendo. It has a USB-A jack on one end, and an Ethernet port on the other. To use the adapter, connect it to one of the USB-A ports on your Nintendo Switch dock, and run an Ethernet cable from your cable modem or WiFi router to this adapter.

You can check to see if the Nintendo Switch is using the adapter in the System’s network settings. If it’s not, try disconnecting and reconnecting the adapter, and turning WiFi off. If you find yourself frustrated at the time it takes to get your digital Switch games, this adapter is the solution.